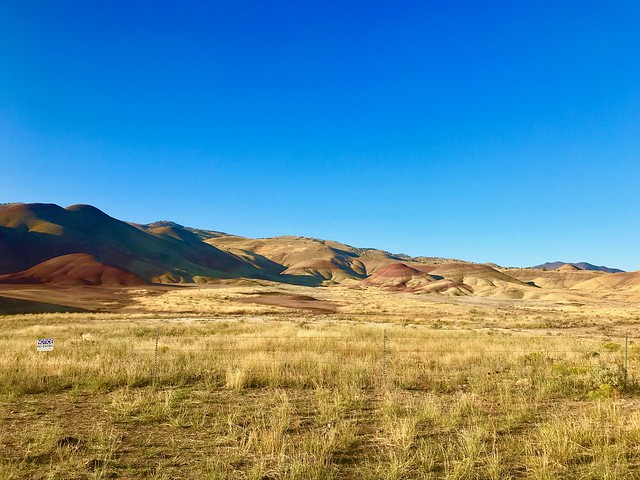 The Painted Hills Half Marathon has been on my bucket list for a while. The race is generally pretty small (2019 had the highest amount over – 52) and doesn’t feature a ton of perks, but it is unique enough that I knew I wanted to tackle it. The event is always the Saturday before Labor Day as it runs in conjunction with the Painted Hills Festival on the same day – and is actually a fundraiser for the festival. I am typically in the general vicinity (Sunriver) over the holiday weekend, but the situations just hasn’t presented itself to be able to head the 90 minutes into Mitchell. But this year, the timing was right and my wife graciously supported my 18 hour excursion – and I’m so glad I did it. 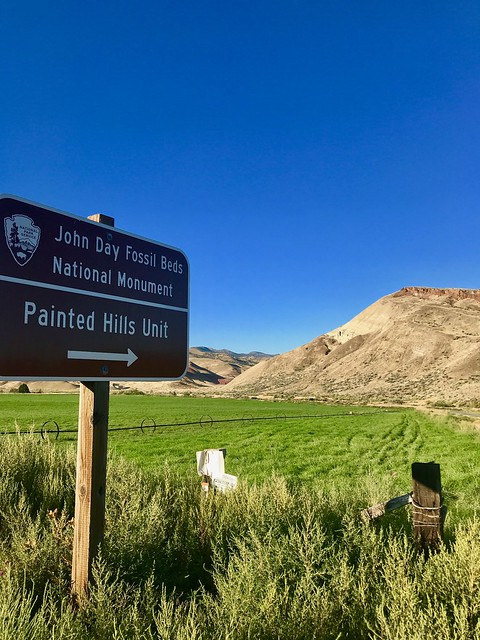 As the race starts early (730a), there were two options – heading over super early on race morning or staying overnight somewhere. I would generally be OK with the first option, but as all the distances are point-to-point, I had to be there even earlier to hop on the bus to the start. I luckily found out about the Spoke’n Hostel – a super cheap and surprisingly clean and welcoming opportunity and went over on Friday night. Read about our stay here. This is clearly the best option in my opinion.

The race started bright and early and we were given a brief overview of the event and the course before getting in the big green school bus to get dropped off. We were told that this year’s event had 20 more registrants than last year and 30 more than 2017. And to be honest, there is no reason that the half shouldn’t have more participants (9). It’s super beautiful, challenging, and always fun to take a runcation. 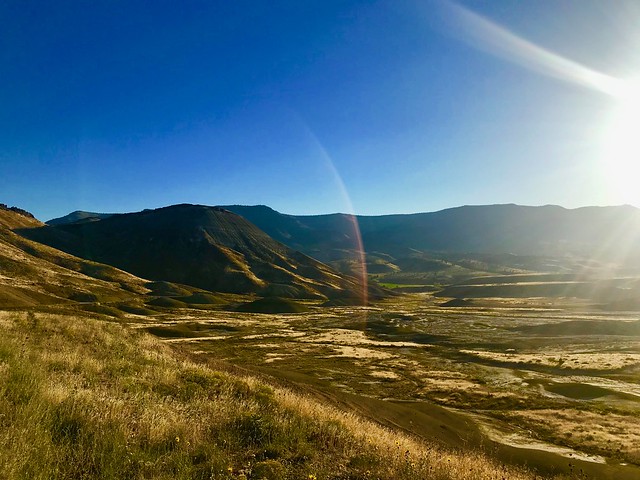 The half marathon start is one of the best views in all of Oregon – the Painted Hills Overlook in John Day Fossil Beds National Monument. I mean, how awesome is it to experience that? I honestly wish we would have had more time to get some pictures in before taking to the run, so maybe that’s something that can be considered in future events. We ended up getting a little background from the national monument folks before the race director counted us down and we took off.

The first 1.25 or so was on gravel road, but was a nice downhill to the entrance, so it didn’t throw things too far off. 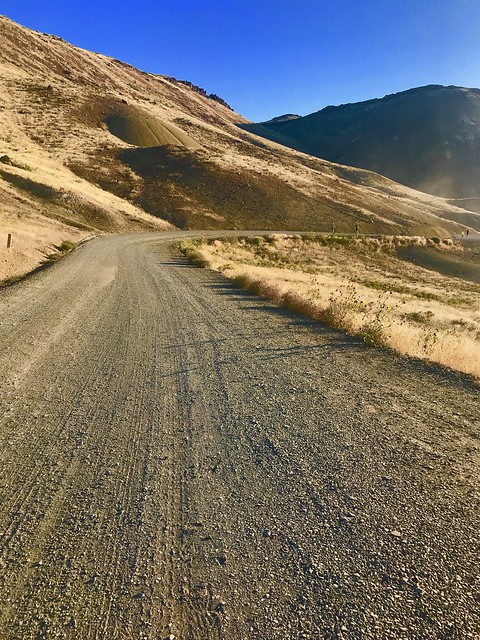 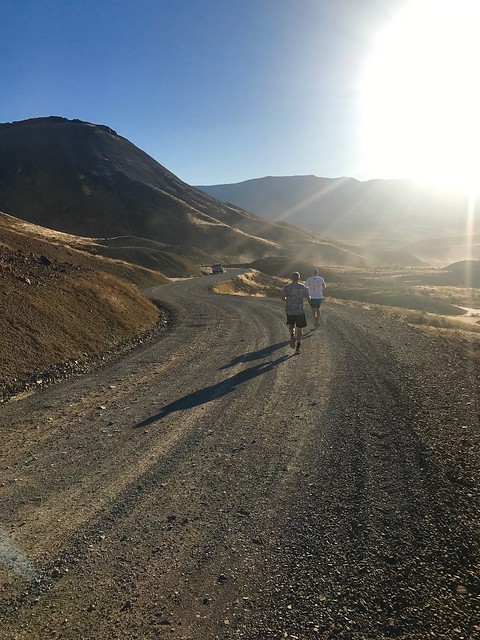 We then turned onto the beautiful and quiet Burnt Ranch Road for the next 5 or so miles. The road wasn’t closed to traffic, but I bet only about 10-12 cars passed me in the 40 minutes or so that I was out there. Though there were some, there wasn’t an abundant amount of hills. I did feel that the hills that were in existent were relatively gradual for the most part, and most were more rolling in nature. There was some shade due to running in a bit of a canyon, but when the sun shone through in areas, I could already tell that it was going to be a warmer run than anticipated and realized how DUMB I was that I left my hydration handheld in the car. 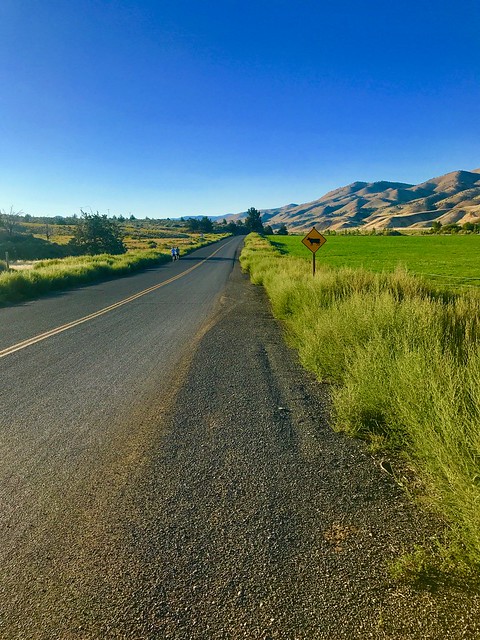 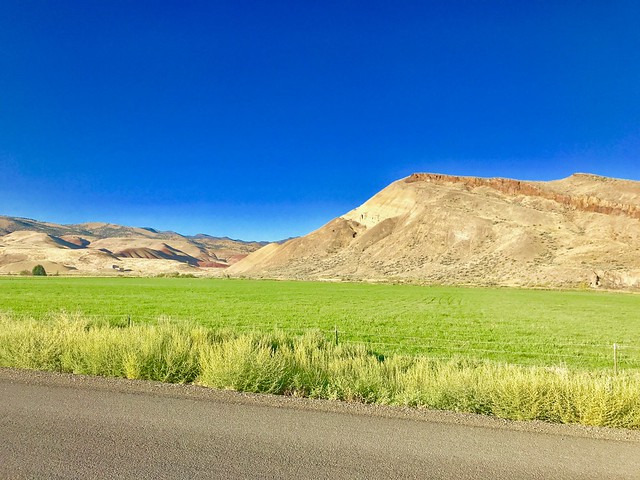 As a result, I made the conscious decision to slow my pace and even take walk breaks. I was running the Sunriver Half the next day, so expending all my energy on day 1 would be a poor decision. I made it to the first aid station at around mile 2 and shortly thereafter started a more conscious walk / run regimen – running the straightaways and downhills, and walking the climbs. It turns out this was one of the better decisions I could have made…

Right around mile 6, there was a second aid station and the terrain shifted from the paved road onto a dirt forest road for the next 3.5+ miles. From some discussions with a veteran-racer of the half, I was told to make sure I had enough energy in reserves for this section as it’s tough. He wasn’t lying. It may not be much for some of our awesome trail ultrarunners, but there was absolutely some longer climbing sections. And as we climbed out of the canyon, the sun become more of a temperature factor. I knew it wasn’t THAT hot outside (probably hovering in the mid-70’s max), but it sure felt warmer on the unshaded dirt sections. Seeing as there was only a single aid station thorugh the first 5 miles (and then another at mile 6), I was a little concerned about how things would go in this section. I needn’t have worried as there were actually a TON of water stations – both manned and unmanned – in this 4 mile stretch. I grabbed a plastic water bottle at mile 6 and kept filling at each one. I don’t remember exactly, but I’m fairly certain there were 6-7 jugs along this part – which absolutely saved my bacon.

Given the length of the course and multiple terrain, I think the race director did a great job at both course marking and hydration. I did hear from some Run Oregon runners that they made a wrong turn at the end of the forest road and turned the wrong way (I do know that there was not a course marker here), but I honestly had no issues with knowing which way to go. Even a simple arrow next year would make it perfect for even the most non-directional of runners. 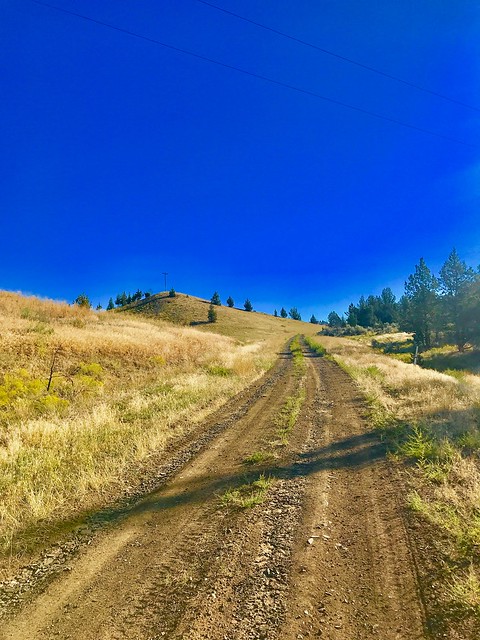 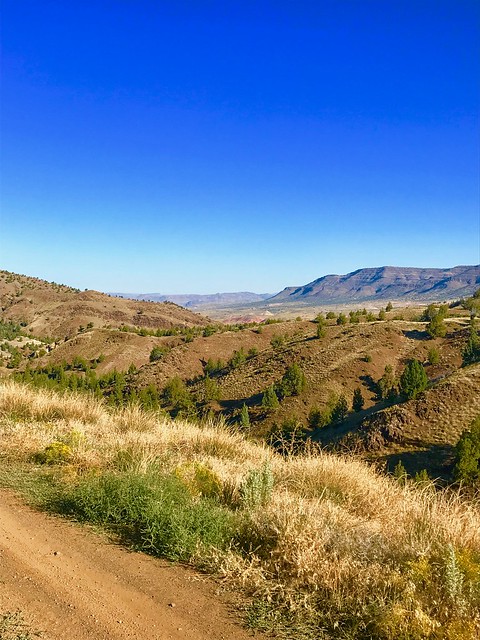 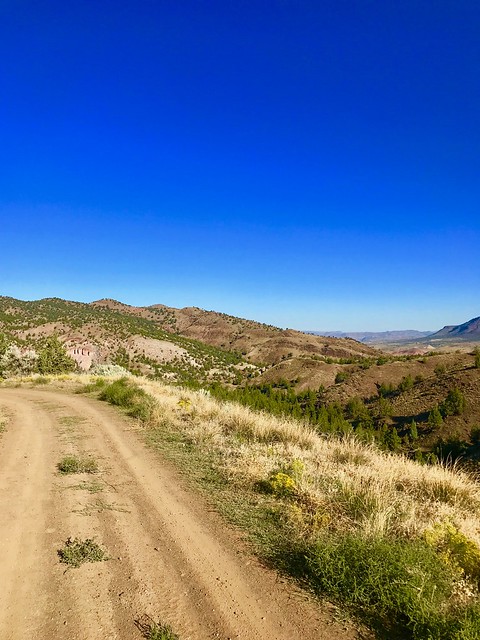 The final few miles were mostly downhill and featured one of my favorite views. 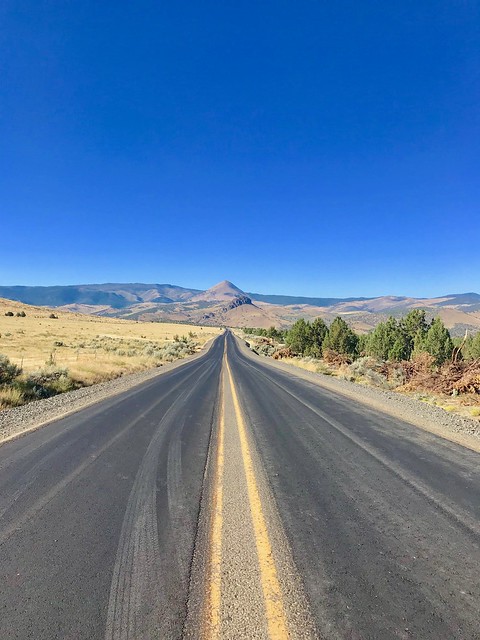 I don’t know why, but I found the quiet desert desolation really enjoyable – and this picture captures it I think. After the final descent, we crossed Highway 26 (thank you flaggers!) and finished on Main Street in Mitchell.  There wasn’t much fanfare, but I was so tired that I didn’t even care. I headed back to the hostel for a shower and to change my clothes (a lifesaver) and then spent a few hours at the brand new Painted Hills Bakery, then heading to the festival and checking out a handful of booths, and then finally having lunch and a beer at the awesome Tiger Tail Brewing Company. As the parade was heading through town, I took my leave and headed back to Sunriver – feeling exhausted, accomplished, and extremely happy with the event.

You should absolutely make the effort to head out to the 2020 event. It’s absolutely worth the trip!