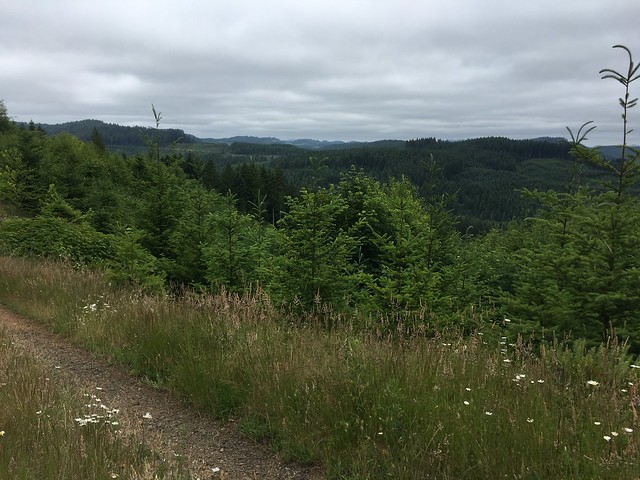 In Spring 2018 I attempted my first ultra-marathon. I had been thinking about tackling a 50K distance for years, and finally took the plunge by signing up in the way too early hours of the morning eight months before. I worked on my mileage throughout the winter and was at the starting line ready for the 31 miles ahead of me. I was not ready for the mountains those 31 miles would go up and down (and up and down and up and down). Nine hours later, right at the cut-off time, I crossed the finish line. Later on, I’d tell others that the experience was hell. And that I needed to do it again. The right way.

A year later, I was ready to start training again for the longer distance. And the opportunity to run Marys Peak 25K was the perfect way to step back into the mountainous running world. Weekly runs with a friend switched from Springwater to Powell Butte. Trail shoes were dug out from the back of the closet. And dust was brushed off my running back pack. Let’s do this!

Marys Peak is about 20 minutes from Corvalis, and is scheduled right around Summer Solstice to provide runners with as much sunlight and time as possible. When my 5am alarm went off, the light was already coming in the windows. The race included three distances (50 mile, 50K, 25K) with my group starting last. Packet pick-up, and the shuttle bus, were at Blodgett Elementary. Driving past scattered farms and miles of fields, it was a far cry from my urban running in Portland. Just what I needed. 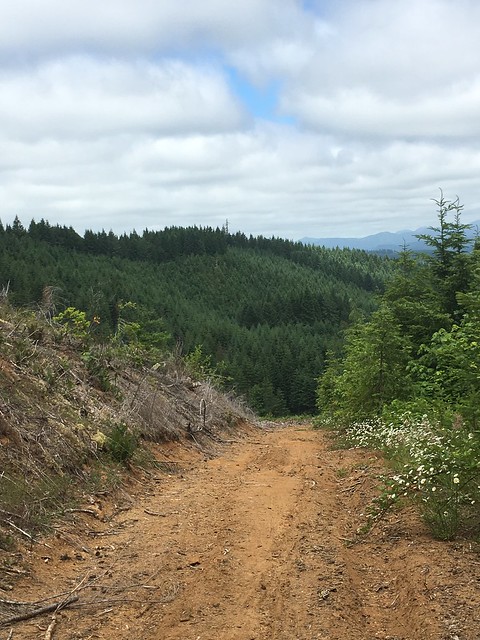 After getting my bib number and saying goodbye to my mom (who would enjoy some Corvallis wandering while I was in the woods), I walked around the school. I had over an hour until our shuttle bus arrived, and lots of nerves to work through. Those seven miles every Tuesday on Powell Butte didn’t feel enough. All of my previous races on city streets didn’t seem relevant. I felt totally out of place and had to fight the urge to call the whole thing off. Instead I tried to focus on one word: Belong. It became the mantra, and sometimes the prayer, that kept with me for the hours ahead. As I stood in the parking lot, waiting for our bus, I got to visit with two other runners, Carl and Jessica. Their fears and goals echoed many of my own. I belonged there. And needed to remember that.

Our bus to the start line was about 30 minutes late, after dropping off the 50K runners at their starting line. After everyone had used the porta-potties one more time (or the woods…I think that’s what those guys were doing), the race director had us walk downhill a bit to our starting “line.” That place in the woods, like our 9:27am start time, felt totally random. It was just a very, very long run in the woods with a pint glass and burrito at the end. With a count down from 10, we were off.

The director had us start down the hill and road to get us to spread out a bit before hitting the single-lane trail. Unfortunately, that didn’t work out so there was a slight traffic jam getting onto the trail. But within a mile the group had spread out well. The first few miles were rolling hills, with few flat spaces and nothing too extreme up or down. At the first aid station around mile 5, I was feeling pretty steady and enjoying the morning. 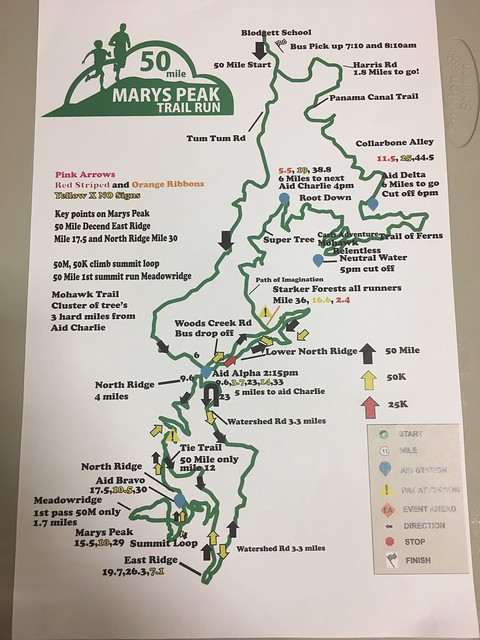 The terrain got tougher after that. Some longer hills I had to walk up, and that was when I needed my Belong mantra to help remember that walking does not mean I’m not a runner, it does not mean I was failing, and it does not mean I did not belong there. Around mile 8 I fell in pace with a group of four other runners. I followed along with their running and walking patterns, enjoying listening to their conversations and going along for the ride for a couple of miles. The section between the first and second aid stations included some tough hills, but nothing that felt endless. Within every 10 minutes of uphill, there would be at least a short spurt of flat or downhill to help reenergize.

Ribbons tied on tried, pink signs with arrows, yellow X markers, orange lines in the dirt, and the occasional green “No” helped keep us on the course. Most of the race was on trails, with some sections on gravel roads and one section in a logging area that had beaten down ground with ruts I had to walk through (or tempt a sprained ankle). The mile or so of the course was on the town’s streets. When I passed a sign that said “1 mile”, I wasn’t sure if it was for our race but really hoped it was. It was the first, and only mileage sign on the course. I switched to some pepping music on the headphones for the (hopefully) sprint to the finish.

The finishing line was about as official as the starting line. Cones and caution tape created a finishing chute, but I wasn’t sure where the actual end was. I figured once I passed the folks with the sound system, it was safe to walk. My mom and a few friends were at the finish line. It was good to have run the race, and it was so good to be done.

Marys Peak was a great restart to my ultramarathon training. Small enough to lack pressure. And well supported enough that I didn’t worry about being lost in the woods. Once my calves stop hurting, I’ll be back out there on Powell Butte to keep working on the ups and downs (and ups and downs) of this running adventure. 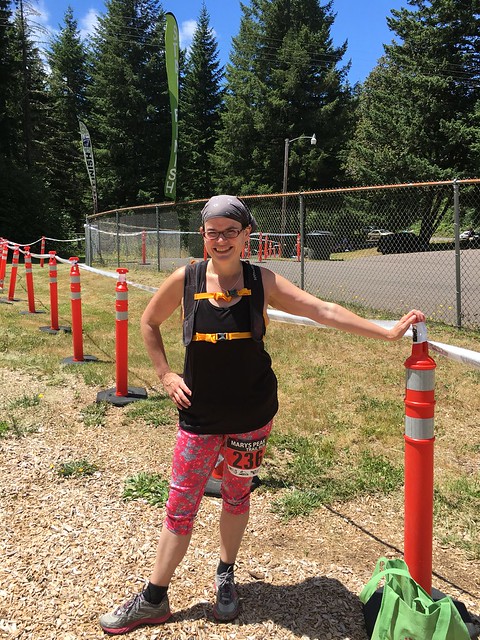