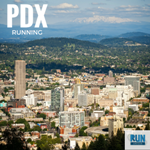 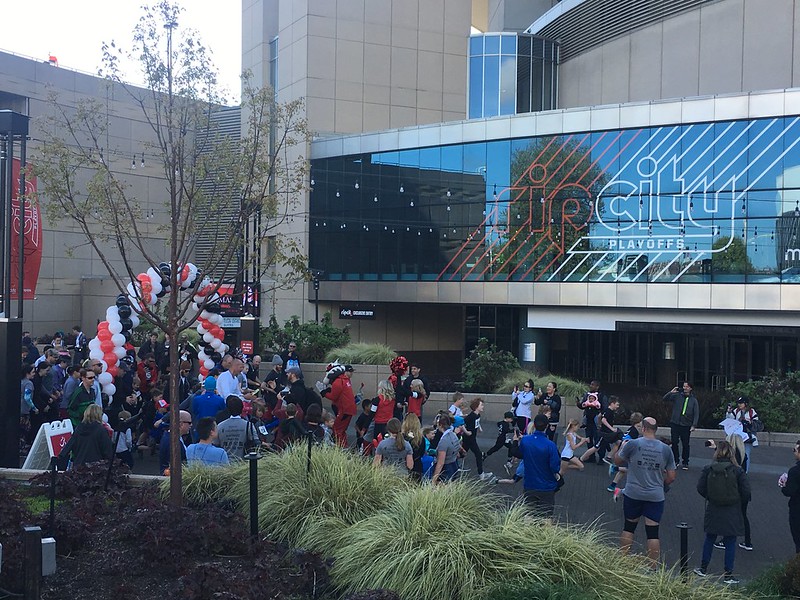 Three races three weekends in a row. Yeah, that never sounded like a smart idea. But it was a lot of fun.

Rip City Race for the Roses 10K was my third race in the series, and a one that I was looking forward to for a few reasons. First was that no matter my speed, it would be a lot shorter than my marathon the week before. Second was that the leadership behind this race always had nice details included, like roses and mimosas at the finish line. And lastly, there’s just something great about running over the bridges in downtown Portland.

The race began and ended at the Rose Quarter Commons, so I took the Max over that morning to avoid parking costs or troubles. (In case you didn’t know, the Green Line does not start until after 7:30am on Sundays, so my plan included a longer walk than I’d planned.) Banners were all over the area recognizing the Blazers, so it was easy to get excited about being an athlete that frosty morning. They also made for great selfie spots to celebrate before or after. The bag drop was inside one of the buildings, providing a great chance to warm up and use a real bathroom before the starting line. Several race and company booths lined a covered area, and the mimosa and food tent was already set up to invite finishers back after their 13.1, 6.2, or 3.1 miles. 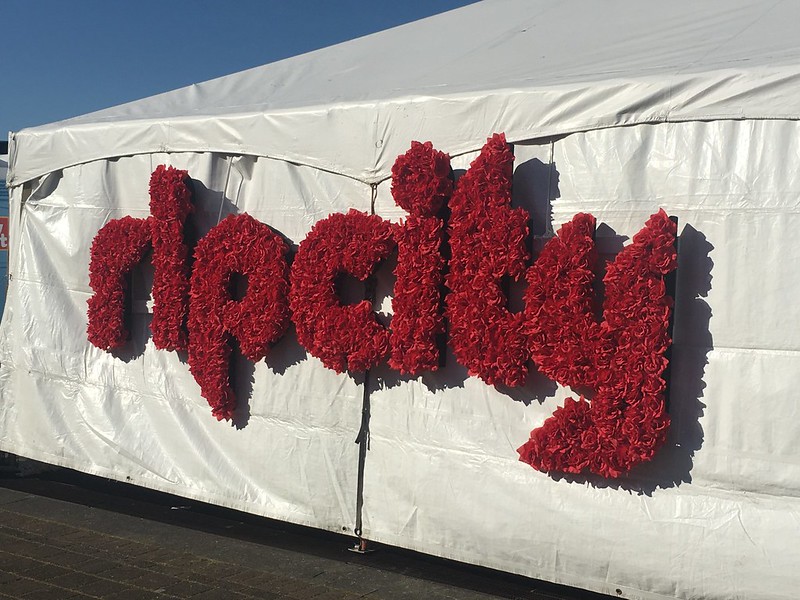 I’d checked out the course online and at packet pick-up, so I was pretty confused when we turned toward the bridge right after the starting line. Passing the four mile sign I thought either we were all on Olympic record pace, or there had been a last minute change. After checking with another runner to make sure we were in the 10K group, I kept on running, unsure how many miles we were at (or had left) for most of the morning. Our course ended up as an out and back rather than two small loops. The 10K participants used most of the half marathon course, with the 5K runners and walkers joining with us for the last mile and a half.

Since it was just a week since my marathon, I did not go into the race with any time goals. Instead I wanted to enjoy the course, enjoy the fact that my legs could run, and enjoy that it was 6.2 miles (not 26.2). For most of the run I followed a guy in a running backpack. He had a good pace that seemed strong but doable for my morning. And I sometimes like to have someone else “be in charge”, even if they don’t know it. Thanks to that mysterious backpacked runner, I ended up with a great pace throughout the course and much faster finish than I anticipated. Thanks dude!

After crossing the finish line, I collected my medal, rose, and water bottle. The lovely volunteers in the mimosa tent cheered as racers came in. They also had pastries and fruit to going along with it, for a nice little post-run brunch. I picked up my warm clothes from bag drop and was just in time to watch the kids sprint out for their 1K race around the Rose Quarter. All their smiling faces coming back across the finish line matched my own that day. It might have been a confusing course, but it was just what I wanted: 6.2 miles in the heart of PDX. 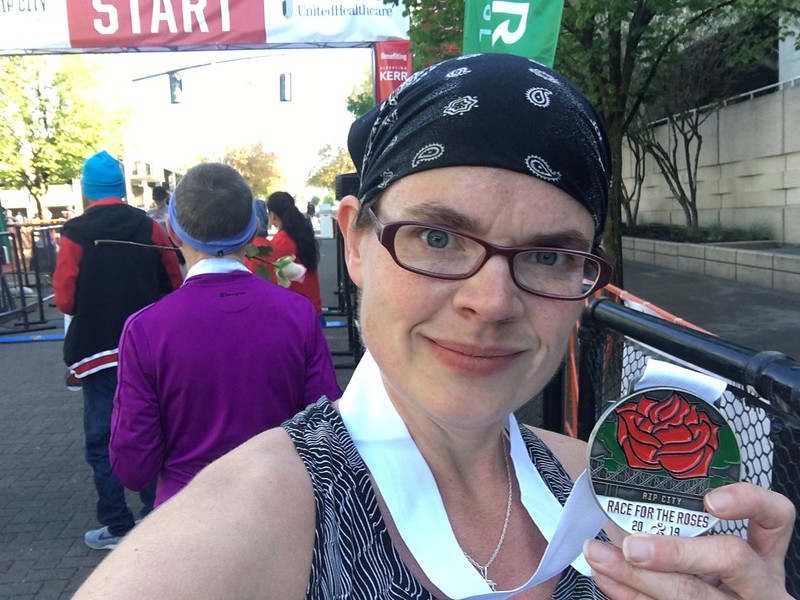