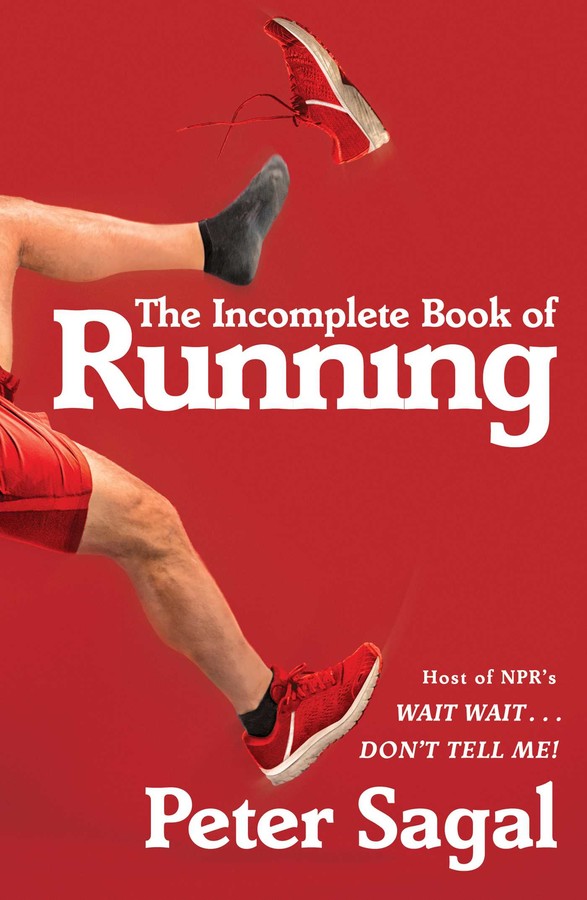 Peter Sagal brings all the wit from his NPR show Wait, Wait, Don’t Tell Me and weaves that into the personal meaning running brings to many in his new book, The Incomplete Book to Running. This book is fun and raw, while also being poetic and meaningful. Peter gets into “why” he runs while sharing his personal journey with this sport that can teach all of us so much.

At the beginning of the book, Peter goes into his running as a young man. He changed and grew along with his motivations for hitting the road. After that typical young adulthood hiatus, his re-discovery of himself as a runner is tied to times of transition. For many, running is that which we can control. This is why it helps us endure so many times of uncertainty. For Peter, a earth-shattering divorce and his changing relationship with his growing children provide the backdrop of his re-discovery.

One of the most powerful parts of this running memoir is Peter’s account of the Boston Marathon bombing. Peter was in the finishing chute, crossing the line, mere minutes before the bombing occurred. He thoughtfully recounts his experience and the aftermath, and as many do in trying times, found strength and camaraderie within the running community to create stronger bonds despite the event that shook the running community and the world.

Peter is real about his running. His live for the sport and his highs and lows in his own running career will have readers finding common themes from their own lives. In all, Peter inspires everyone to just go, get out there, no matter your reason or your fitness level, running has a magical way of giving you exactly what you need, no matter who and where you are.

“Perhaps you would like to start running. You never have tried before, or you did and you hated it, and now you wonder how to begin moving in a way that will keep you going. Get up. Start. Go. Move. Take a rusty first step, like the Tin Man. You will squeak. Go.”