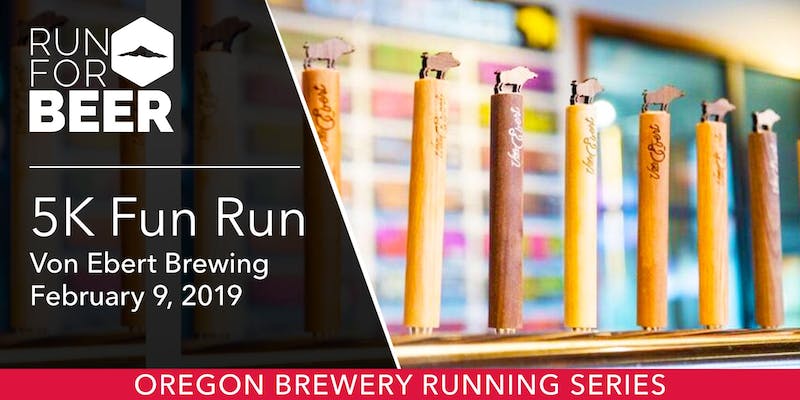 For someone who has a beer feature on a decent sized blog, it’s weird to take a month off from beer. However, after having a no-beer January, there is not time to waste as our inaugural 2019 Kegs and Legs partnership is from Von Ebert Brewing, the site of THIS WEEKEND’s kickoff of Oregon Brewery Running Series event!  Here are some highlights from our race preview:

For those who have never attended a Oregon Brewery Running Series event, you are really missing out! Participants walk/ run approximately a 5k (3.1 miles), which start and end at local breweries around the Portland area. All finishers are awarded with some amazing swag and celebratory beer (or non alcoholic beverages for those under 21) after each race and 10% of the proceeds help support their nonprofit partners, the Oregon Brewshed Alliance, Dollar For Portland, and Life Vest Inside. Believe it or not, but these events are family friendly, strollers are welcome!

Von Ebert Brewing is located in the Pearl District, downtown Portland. It will be a great destination to kick off the 2019 season. At the finish line, there will be live music, great beverages and food, as well as sponsor giveaways. Everyone is a winner at Oregon Brewery Running Series events.

It is recommended to arrive at least 30 minutes before the race, plenty of time to park, and check in. The course will feature an out and back, and is considered an “open” course, meaning that the roads on the course will not be closed. Make sure to pay attention and follow the rules of the road, when on the course. There are many volunteers throughout the course, to help participants along the way.

For those of you who don’t know, Von Ebert is relatively new to the PDX beer scene, taking over the location in the Brewery Blocks section of the Pearl that was previously occupied by Ohio’s Fat Heads Brewery. This location is massive, with tons of room for food, drinks, and good times – and all of that is expected to occur before and after the event on February 9th.

I have been to this location of Von Ebert’s a handful of times since they opened back in early 2018.  The last time I was there was when I was being interviewed for the OBS Podcast in early January, and I “had” to sit and sip on water while he sampled some delicious looking options. Thankfully, Von Ebert recently let me sample a crowler of Atmospheric Phemonena so I will not be out of the loop any longer! They also recently opened up a new location at Glendoveer Golf Club on Glisan in East Portland in the past few months – bringing their brews to the less crowded East Side scene. 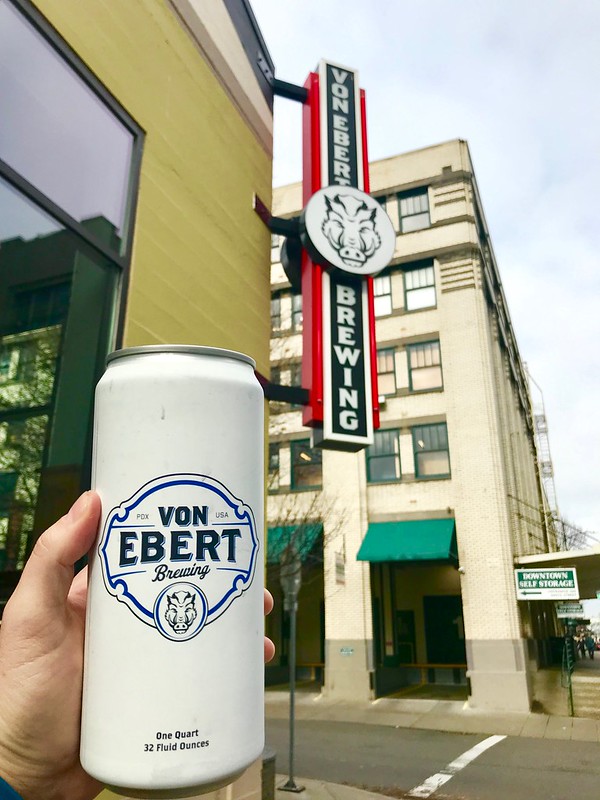 Check out the OBS Podcast with Founder Tom Cook for some cool insight on the history, and future, of Von Ebert!

Here are some details about this weekend’s event:

We checked out Atmospheric Phenomena, a hazy IPA that has grown into one of the brewery’s most sought after beverages. It pours the color of a light wheat and smells absolutely delicious on the first pour. I got some very tropical fruit notes – almost like a tangerine or another citrus-forward smell that screamed refreshing. 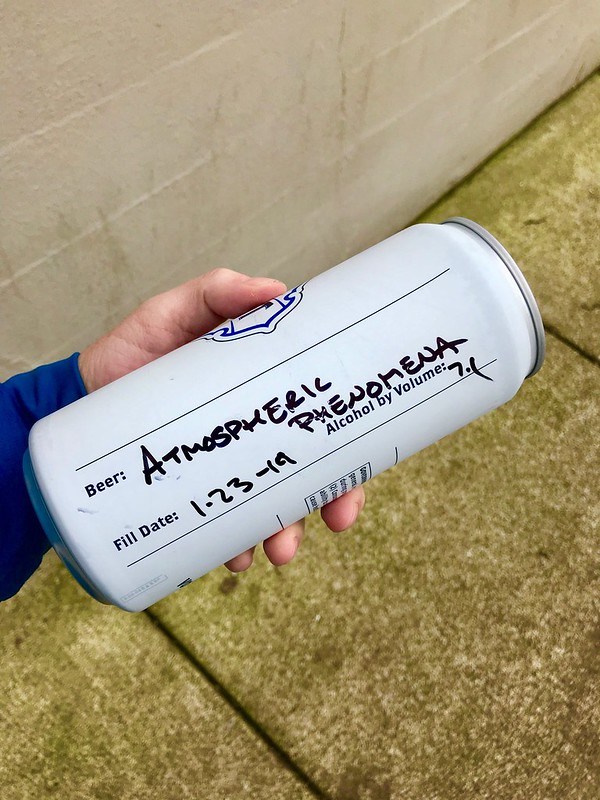 This is one of the better hazy beers I have had – it’s a really solid balance between hoppy and fruity, and I think it tastes different than many hazy IPA’s out there currently. This is definitely one to check out on your next / first time to Von Ebert – hopefully at the OBS event this Saturday!