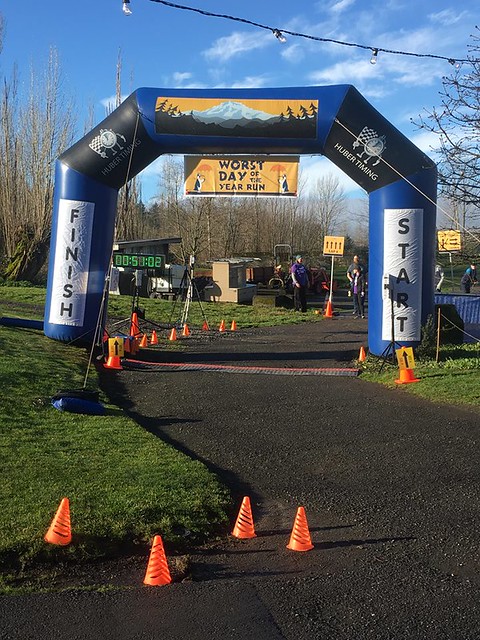 When you register for a running event in early February, you know that weather could have a major impact on your day. And when the event is called “Worst Day of the Year Run,” that impact is probably going to be trouble with a capital T. But for those of us who participate in the 2019 Worst Day of the Year Run, the skies were on our side. After days of rainy forecasts, and a few early morning bursts, Saturday February 2 turned out to be perfect weather.

The event was two loops around the golf course at McMenamins Edgefield. Though to be honest, “around” makes it seem much simpler than it was. The course included nearly constant up and down hills and curves that had you getting to look back at those behind you and see where you were heading next. Most of the course was on gravel which made those ups and downs challenging. There were three start times for the 5K participants – 9, 10, and 11am which helped a lot with spreading out folks on the course. And I think it encouraged more families to be involved than an 8am start time would. Running past Snow White and then the Flash brought smiles to my face while going up and down (and up and down and up and down…).

I’m in the thick of marathon training, so I decided to sign up for the 11am start time and get in some miles with a friend beforehand. I was over an hour early to Edgefield, so I was so grateful when a volunteer said I could switch to the 10am start instead. I picked up my free beanie and headed over to the smiling group of colorful people in tutus, feathers, tiaras, and other costumes. This felt like a more “just for fun” race than most events I do. When a group is carrying a cardboard Mystery Machine van, you know they’re not going for a personal record. 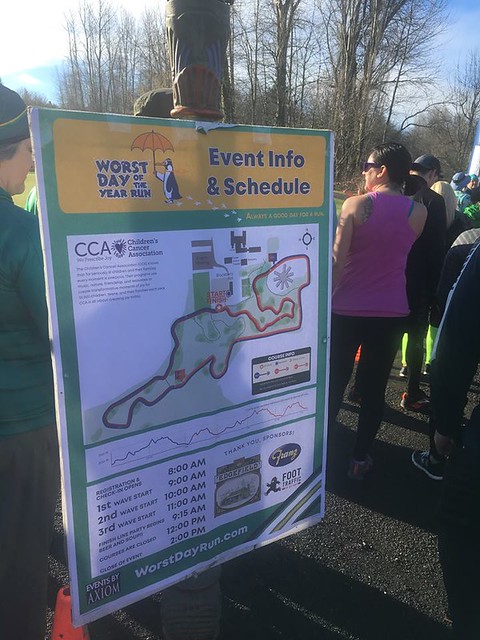 Since I was on mile eight before the race began, I started in about the middle of the pack to enjoy a steady pace. I passed a lot of folks that first mile as some had started out way too quick for the gravelly hills. This gave me a good shot of confidence, and the chance to see more costumes. The path was wide enough for two people (three if you went a little into the grass), so passing or being passed was no big trouble. During my last mile my calves were having some major issues so I walked up three of the hills and was the one to stay out of the way for other folks. With a downhill finish, I was excited to see a solid time for the end of my long run / 5K race. And the raindrop medal with a penguin and glitter did not disappoint (because seriously, how could it?).

Afterwards I wandered around the area until the start of the next event. The tent with check-in and some info booths had lantern heaters and tables for folks to stand around for their post-race refreshments. There was also a large community room available to get your soup. I had originally planned to stick around for some tater tots, but the chilly weather and desperate need for a hot shower overpowered my Cajun flavor desires. So, I’ll have to make another trip out there asap (oh gee darn). 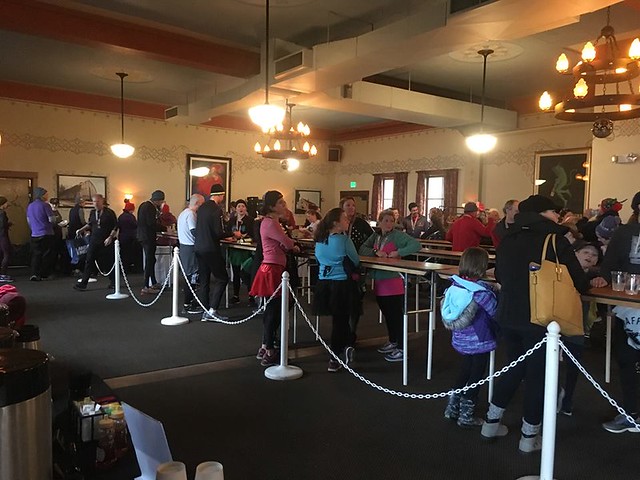 Overall, the Worst Day of the Year Run was great fun. I’m hoping to do it again next year and see how possibly different weather effects the experience. Plus, I’m hoping to complete an ultra next spring so those hills will be great training.