Every Thanksgiving morning I feel torn. I love football and I love running races 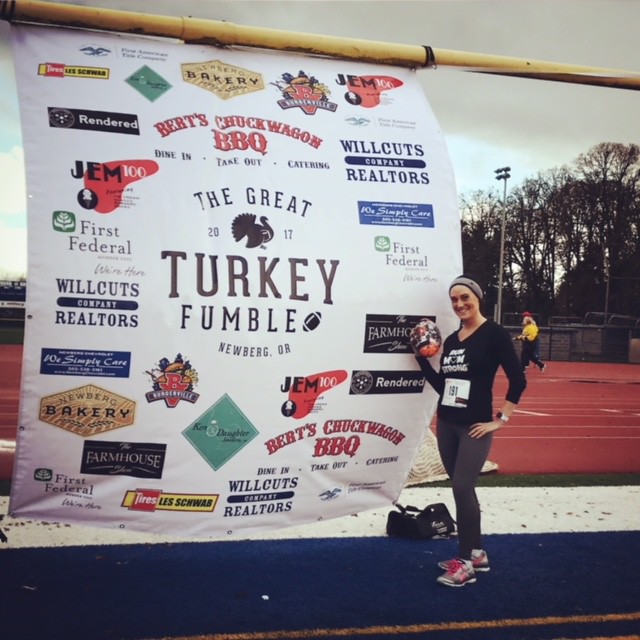 The morning started off in excessive downpours and I was a little nervous about standing around before the race. Luckily, the race table was undercover and they had opened the school for a warm place to wait. People filed in groups, collected their bibs, hid from the rain and chatted about the FISH Organization, which provides emergency food to people in need, that the race was collecting cans for. I grabbed my bib and checked out the shirts, which they were selling for only $5. They were really well designed and looked very comfortable. I usually don’t like or keep my race shirts and I don’t find most of them comfortable and I don’t generally love the designs, but I like this one and I decided I needed one.

With everyone’s bibs secured and the rain finally stopping, it was time to lineup. We headed out to the football field where they explained a cute story about a turkey stealing all the footballs in Newberg and how we had to chase the turkey down. A person in a turkey costume taunted the group from about a hundred feet away and then started to run. The race was off! 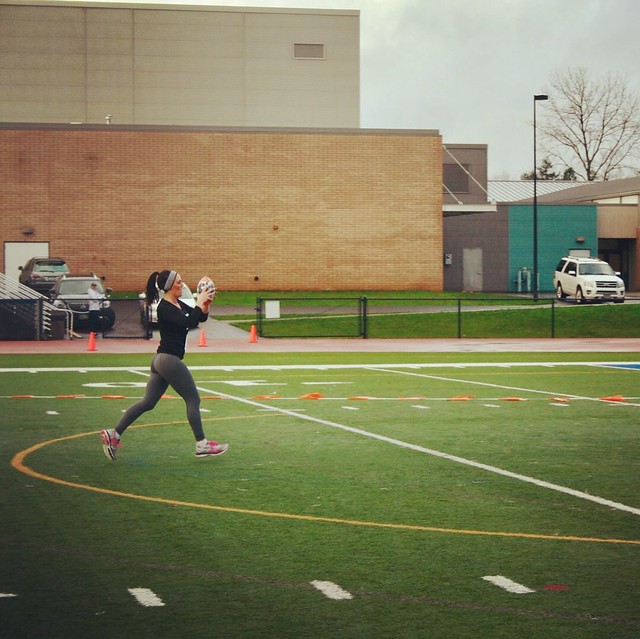 We chased after the turkey in a blaze of kids, families, and competitive runners. After about half of a mile, we came to a car tossing footballs out to each runner. This is where the turkey turned off the road and let us continue without the chase. I caught my ball and tried to determine as I ran, how to hold the ball the whole time. It was a full size ball and cumbersome to run with, but I felt like a legit football player.

We rounded around the streets of Newberg and came to a set of three tires set up for a tossing accuracy game. I threw the ball and nicked the inside of the tire causing it to bounce out. If I had made it, I could earn 1 minute, 2 minutes, or 3 minutes off my time depending on which tire I made. 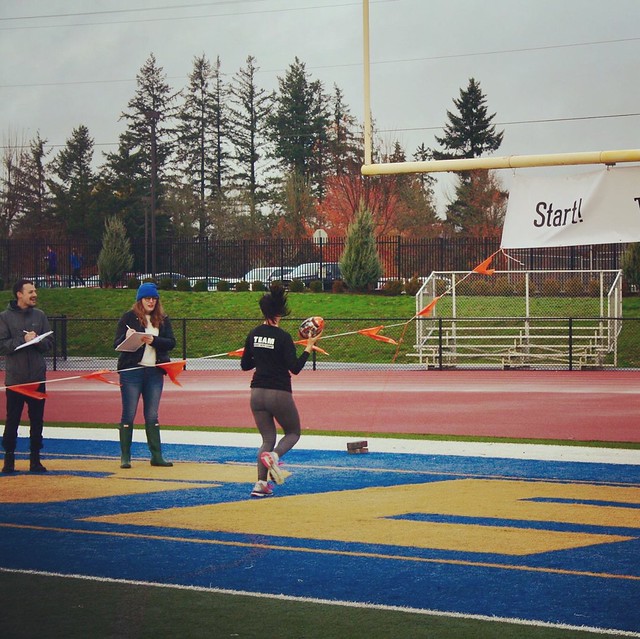 I slowly caught up to the front runners and ran beside them cheering them on. We kept cruising around the streets until it was clear we were heading back to the football field. I hit the track and followed it around before being guided to the field goal area. I was in first place at this point, but could see the second place runner hitting the track. I knew I had to move fast. I had three options for kicking, each of which would again gain me minutes off my time as I made them. I opted for the closest option as I was looking forward to my sprint in and a hopeful victory.  I kicked the ball and made it, chased the ball down, and sprinted across the field to the finish line. I crossed the line turned around to cheer in the other runners.

This race was so much fun and the people running it and putting it on were so phenomenally sweet and welcoming. I got to know several people and made some new friends. I loved this race and I can’t wait to do it again next year! 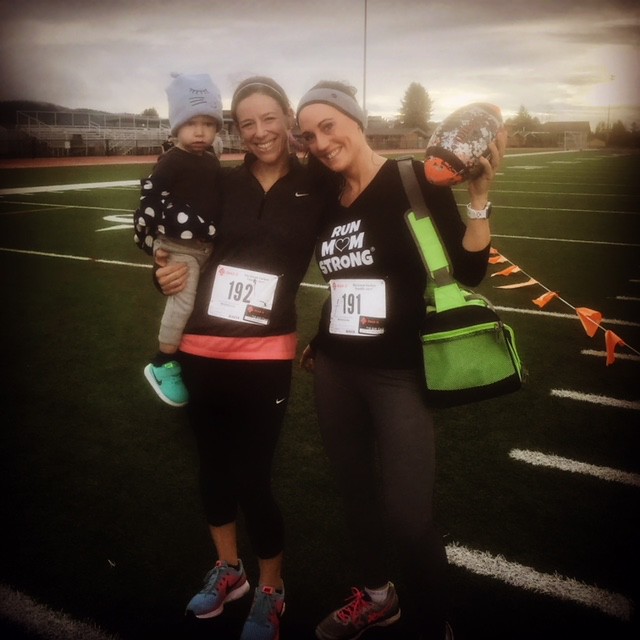