Cross country enthusiasts will be lumbering around Fernhill Park at Stumptown race #5 on November 18th.

The 2017 Stumptown Cross Country Series wraps up on Saturday, November 18th with the USA Track & Field Regional Cross Country Championships at Fernhill Park in NE Portland. Don’t let the USATF designation scare you away though. Like the first four events in the series, this installment in Team Red Lizard’s annual celebration of fall racing is open to everyone, and while plenty of raw speed will be displayed, all paces will be represented.

Squads of four or more runners will also be vying for team glory in various categories, so recruit some friends and put a team together! As with race #4 at Pier Park, women and men will be competing in separate races over different distances, 6k for women, and 10k for men. While this cheats women out of 4k (or from my perspective sadistically burdens the men with an extra 4k), it does allow each gender a chance to cheer on the other.

The courses consist mostly of 2k loops around the perimeter of the park on grass and dirt (watch out for the occasional tree root), with short spurs in the center of the park at the start and finish. Both races finish on the track, which makes it fun for both the runners and spectators (It’s one of the rare races that is truly track AND field!). While there are some small hills, the park is basically flat. 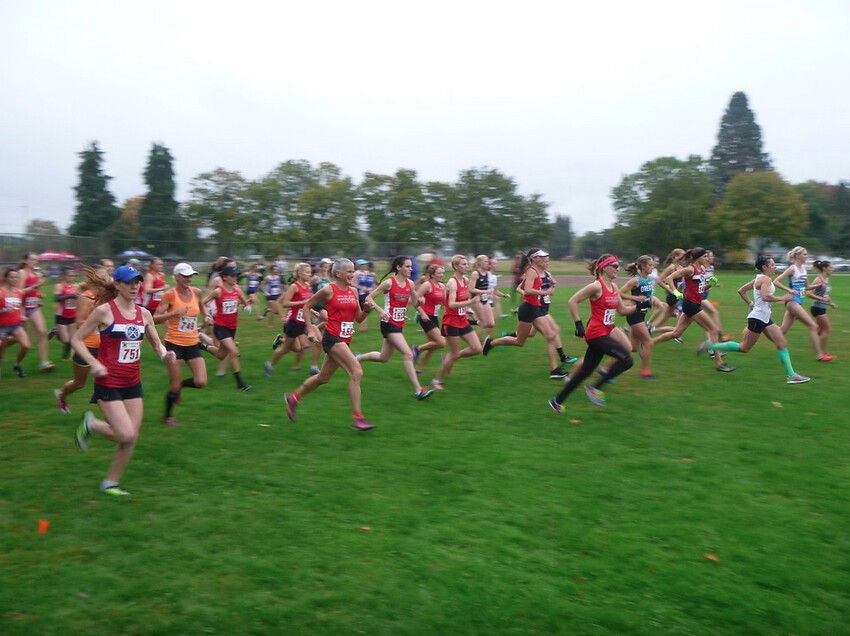 The start of the women’s race at the 2016 Fernhill Park Stumptown event.

Registration: $50 for all of the remaining races in the series or $15 for individual races. (Day of race: $20)

Current Team Red Lizard members can take advantage of a discount on entry fees for the series and individual races.

You can register online HERE. 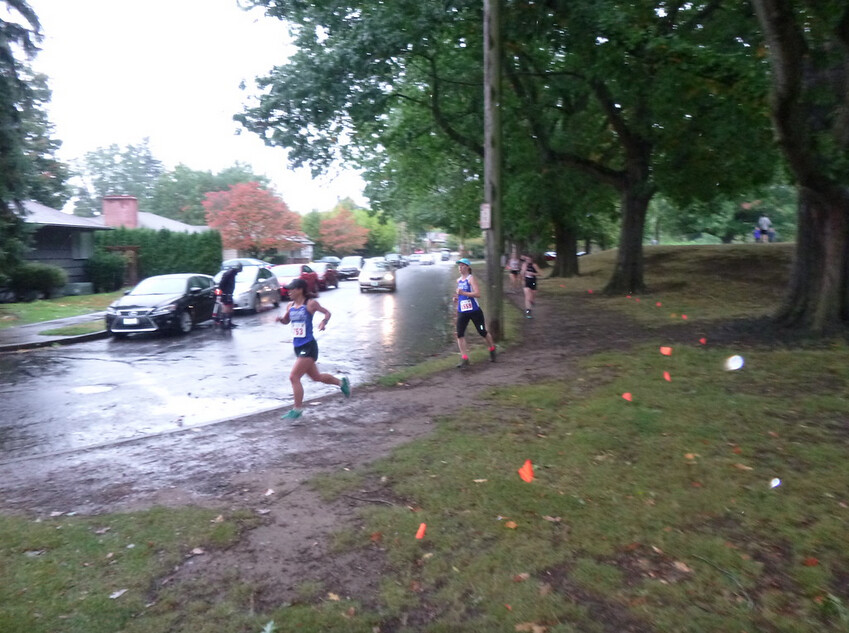 A typical stretch of muddy dirt path on the Fernhill Park course.