Nick Symmonds at the 2012 Olympic Trials (Thomas Boyd / The Oregonian)

Springfield-based Nick Symmonds is a two-time U.S. Olympian (2008, 2012), silver medalist in the 800 meter race in the 2013 World Championships, and co-founder/CEO of Run Gum (reviewed here). Last June, Run Oregon’s Joe Dudman interviewed him on a number of topics ranging from starting Run Gum to race tactics to public causes that he supported, including LGBT rights and gun control. Since that interview, Symmonds announced earlier this year that he would be retiring from track and field. Run Oregon had the chance to interview him again by phone to catch up on his professional career and business. Read all the way through to see how you can enter a sweepstakes contest for a chance for a free trip to Hawaii and entry in the Honolulu Marathon with Symmonds!

Run Oregon (Tung Yin): Why did you decide to retire from track and field?

Nick Symmonds: It’s time. I’m 33 now, and it’s to the point where it’s extremely difficult to hurl yourself around in circles. Plus, twenty years of running has had my ankle deteriorating.

Run Oregon: Was it a difficult decision to reach?

Symmonds: No, it was time. It’s hard to say good bye to track, but I can say with certainty that it’s time to move on to the next chapter.

Run Oregon: What is the next chapter?

Symmonds: The Honolulu Marathon in December. I’ve got one more race on my bucket list. Running around in circles was getting stale. I’m really ready for a new challenge. I’d like to finish under three hours.

Run Oregon: Is that going to be your final race as a professional?

Symmonds: I’ll be totally honest. I don’t know if I’ll run another race again. As soon as I finish, I know what will be next. I can’t envision running again professionally, but you never know.

Run Oregon: How is marathon training different from 800 meter training for you? How have your weekly workouts changed?

Symmonds: Marathon training starts on July 10. It’ll start with base building. Coach [Danny] Mackey will be putting together the training schedule, and I’ll be vlogging every training run.

Run Oregon: Many of our readers have a sense of what marathon training looks like. Just for comparison, what did your typical 800 meter training look like? 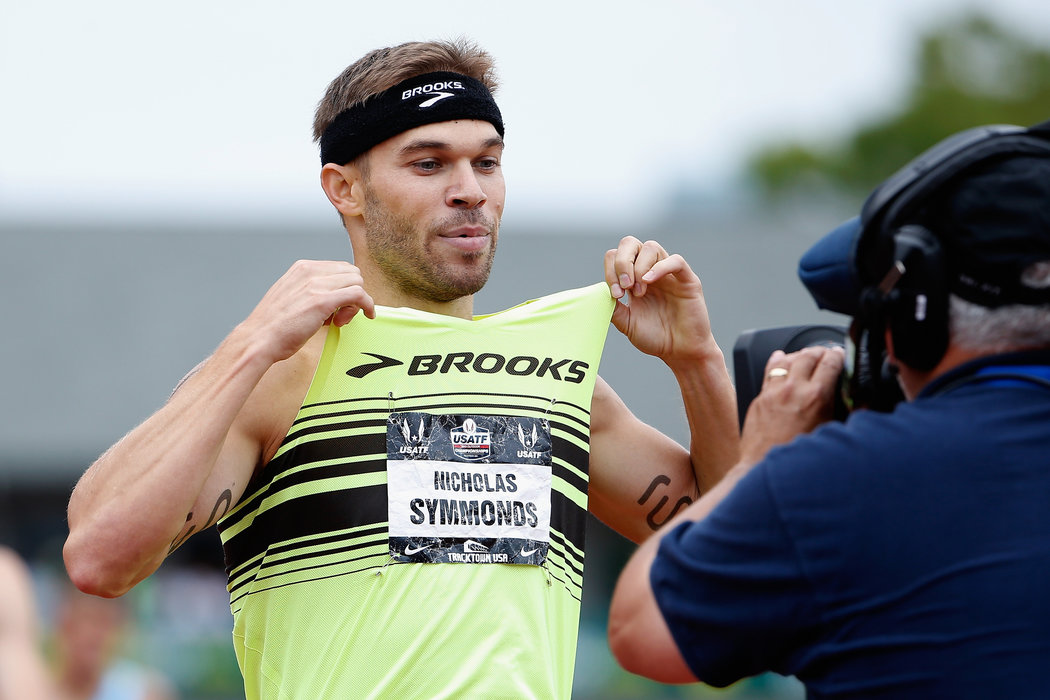 In 2013, Symmonds won the silver medal in the men’s 800 meter race at the World Championships, finishing less than a quarter of a second behind Ethiopia’s Mohammed Aman. Symmonds’ 2013 time of 1:43:55 would have won the 2015 race by more than two seconds, except he was not in the race….

Run Oregon: You would have made the U.S. team and likely would have been a strong medal contender at the 2015 World Championships, but you were kept off the team because of the conflict between team sponsor Nike and your own sponsor Brooks.* How hard was it to stand on your principle and give up the chance to medal again at the World Championships (having won the silver in 2013)?

* The specific issue was that USATF required all athletes to wear Nike gear at official events but, having not defined the limits of official events, essentially forced athletes to wear Nike gear all the time, including, for example, personal workouts outside the event venue. Symmonds argued that this would force him to violate his contract with Brooks. He was fine with wearing Nike gear at the races, press conferences, and so on, but USATF would not relent.

Symmonds: Not that hard. Over the years, I had seen how much money was being generated on the backs of these athletes. When I won my medal in 2013, I felt like enough is enough. I hate to reduce things to money, because running is a beautiful sport, but it’s also a profession. Bureaucratic assholes were taking all the money we were generating.

Run Oregon: What kind of reception did you get from your peers?

Symmonds: They thought I was crazy but appreciated that I reached a tipping point. It’s one of those things I wouldn’t have done at 23, on my first team, but it was different in 2015. I wasn’t inspired to medal, that wasn’t what got me out of bed any more. Telling off USATF was what got me out of bed.

Run Oregon: Do you feel that your personal sacrifice made a measurable impact?

Symmonds: For starters, they started a revenue sharing program. I’m told that every athlete that makes team now gets $10,000. And that they can wear their personal sponsor at non-official events. Again, I haven’t been to the meetings, but that’s what I’ve been told. 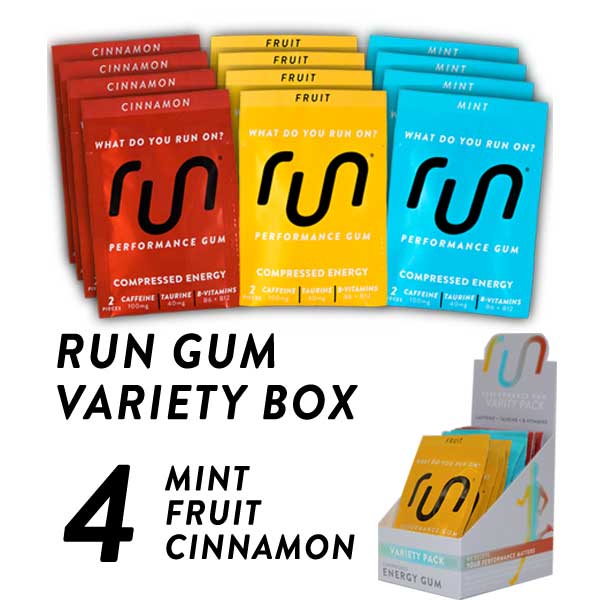 Run Oregon: How did you come up with the idea for Run Gum?

Symmonds: In my 20s, I was utilizing energy drinks to give me a boost before races and competitions. I loved the way they made me feel, but they really hurt my stomach with all that sugar and carbonated liquid sloshing around. I just wanted the stimulants (caffeine, taurine, vitamins), not the other junk. So I took those stimulants and infused them into chewing gum! A pack of Run Gum is chemically similar to a sugar free energy drink.

Run Oregon: How is Run Gum developing as a business?

Symmonds: Really well, it’s the reason I moved back to Eugene. It needs leadership rather than an MIA CEO. We have 10 employees now, and it’s growing so quickly, it’s hard to keep up with it. I’m working 9-5, which is helping me make the transition from pro athlete to entrepreneur.

Run Oregon: Where can people find it?

Symmonds: You can get it at almost any running store, or RunGum.com.

Run Oregon: You filed an antitrust lawsuit against the U.S. Olympic Committee and USATF over its restrictions of individual sponsor advertising, including Run Gum – what was the basic complaint?

Symmonds: USATF and USOC colluded to exclude all other individual sponsor advertisers other than the team sponsors [e.g., as a team sponsor, Nike was allowed to advertise, but Brooks could not even though it sponsored individual athletes]. The defendants admitted that they were colluding but claimed Congress gave them immunity from antitrust suits in the 1978 Amateur Sports Act. I asked, why are we still governed by the Amateur Sports Act when we’re all professionals.

Run Oregon: The district court dismissed your case last May, agreeing with the defendants that the Amateur Sports Act provided immunity from antitrust claims. What is the status of your appeal?

Symmonds: We’ve sent in briefs and are waiting for arguments to be scheduled.*

* Note: This is an example of how I tell my law students that litigation often moves at the pace of glaciers.

Enter Run Gum’s sweepstakes for free! The grand prize is a free trip to Hawaii and free entry to the Honolulu Marathon plus a bunch of other great stuff (about $5000 of value), and you get to run with Nick Symmonds. Well, if you can keep up with him!