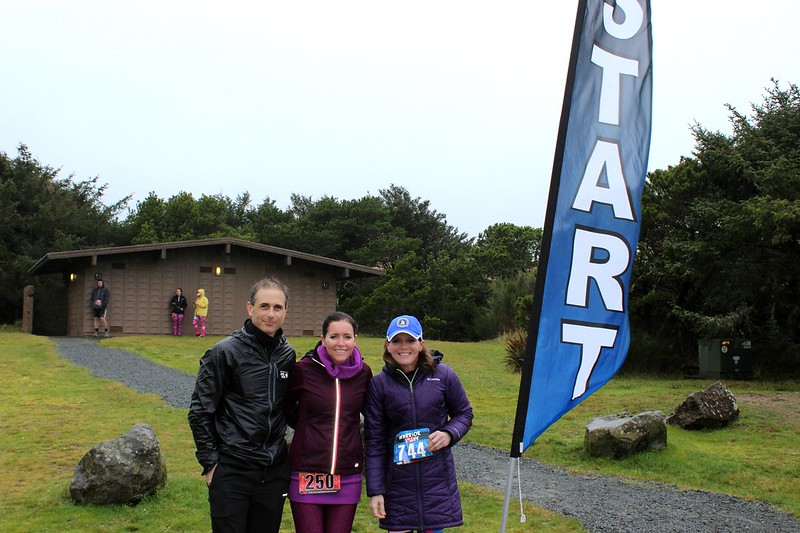 Last year we made a girl’s weekend out of the Warrior Love Run in Manzanita. We had a blast hiking Neahkanie Mountain, eating at Left Coast Siesta and shopping at Moxies, all of my Manzanita favorites. The weather was perfect and the memories were priceless. This year we decided to make a couples’ weekend out of it. The weather didn’t cooperate, Moxies was still under construction after the tornado and we totally forgot to stop into the candy shop for some fudge, but this year was even better.

The forecast showed 100% chance of rain and that’s exactly what we got. It rained for packet pick-up and the duration of the run. Some of us grabbed our bibs and waited in the car until the run started, others huddled under the small cover the restrooms provided and the truly tough ones just braved it altogether and embraced the liquid sunshine.

We filled out our raffle tickets and opted for the wimpiest option, waiting in the car. Five minutes before start time, we decided to head to the starting line. The race director teased that people running the 5k would have no problem staying on course, but those of us running the 10k might have a little more of a challenge. I’m gifted with getting lost, but decided I knew my way back to the house and worst case I’d just meet everyone there. We headed out and I scanned the blue bibs to see who I needed to stay close with if I wanted to try and stay on course. 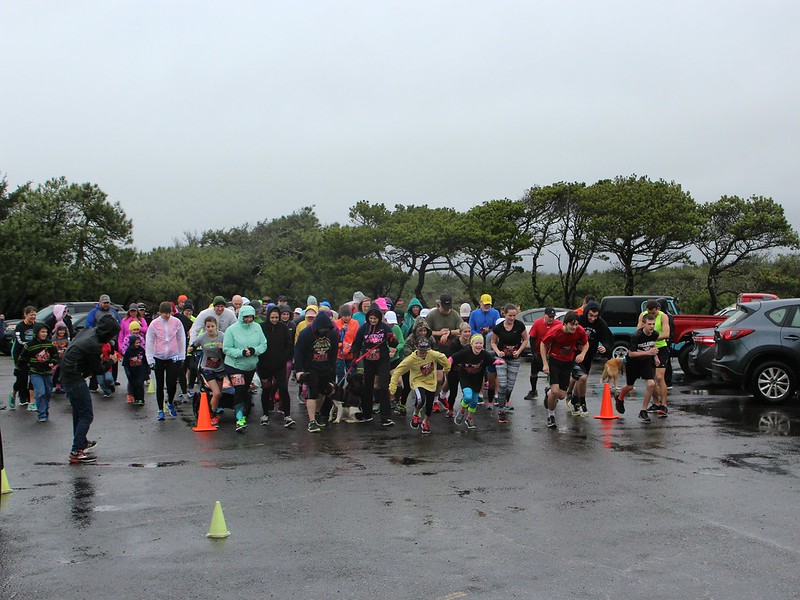 The clouds covered Neahkanie Mountain, but you could still see Nehalem Bay and the quaint town of Wheeler across the way. The course was slightly different this year and ran throughout Nehalem Bay State Park and its perimeter. It was a little quieter on the course this year, including the runners and the volunteers, but I had to give the volunteers out there a huge shout out as I ran by. I was staying warm-ish in the wind and rain, these young ladies must have been freezing out there. Even with the less than ideal conditions, I didn’t see a single frown out there. The runners were having a great time and the volunteers were as cheery as could be. Even in the rain, there was an aid station, passing out water. Needless to say, I was impressed.

I loved running through the park. The course was mostly paved and pretty well marked, even for someone directionally challenged. It was still beautiful with the grey skies and liquid sunshine and was pretty fun puddle hopping. My favorite site, though, wasn’t the waves along the bay or trees blowing in the wind, but a father and son hand in hand near the finish line. The little guy was MAYBE in grade school and it made my heart happy to witness them sharing this special time. Hopefully I didn’t’ ruin their moment by telling them that. 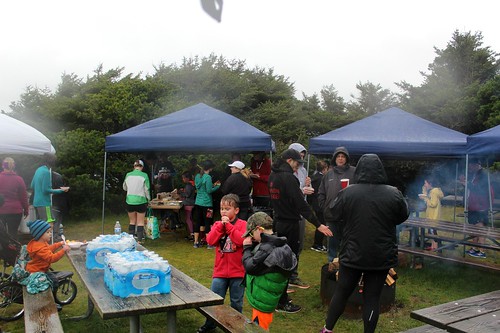 They passed out medals and water at the finish line and participants could grab some chili and a grilled cheese sandwich and warm up by the fire. I really wanted to stick around for the raffle, since the prizes were pretty impressive. There were vacation rentals, $100 cash and other coastal company goodies, but I put my ticket in for the $50 NIKE gift card. I’ll never know if they drew my name, since a warm shower sounded better than any prize.

We explored some new spots for the couples weekend and had an absolute blast. I know the coast is known for its clam chowder, but we found the best cauliflower and potato soup at Bread and Ocean Cafe, had some ‘magic’ ranch dressing at Big Ocean Waves and re-discovered darts, ping pong at some place along Highway 101. The Warrior Love Run was a great excuse to make a trip to the beach. I loved everything about it last year and really didn’t think it could get any better. Events aren’t just about the timing chips, they’re about the heart and this one has a whole lot of heart.