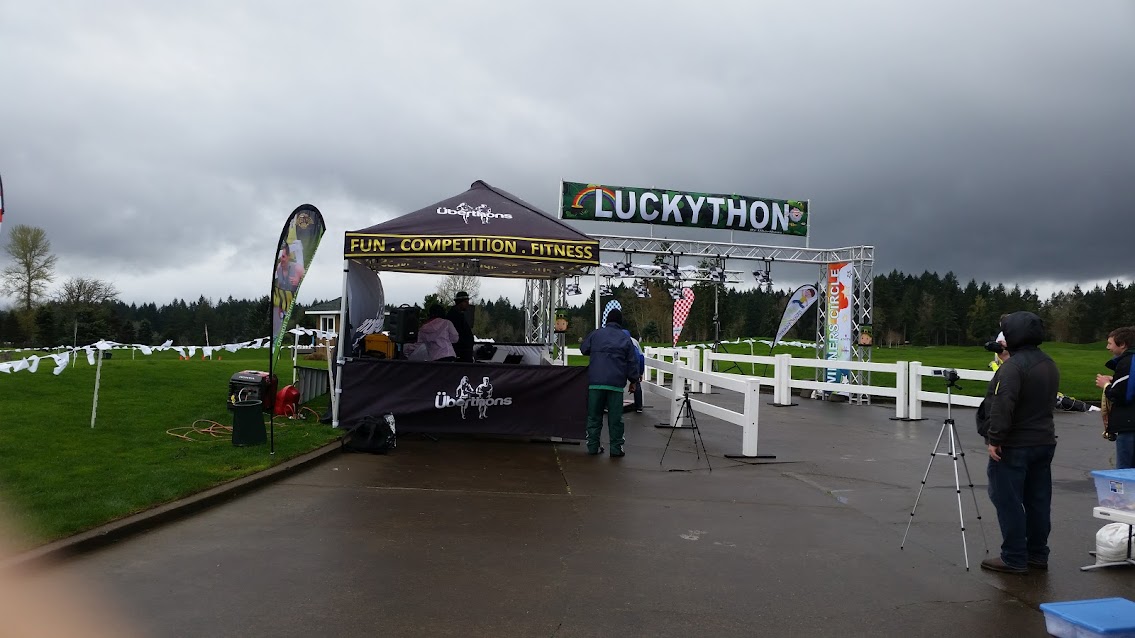 March is the month for St. Patrick’s Day-themed races, and that means it’s time for the Luckython. This is one of Uberthons’ longest-running events, starting in 2012 and having been staged every year since. It’s also a race that I’ve run every year, except 2015 when I had to run it virtually due to a conflict with a family event. Uberthons is pretty consistent in terms of how its races are staged, so my recap of last year’s event should give a good idea of what this race is like.

As in recent years, it will take place at The Reserve Vineyards and Golf Course in Aloha, with available race options of 5K, 10K, and 15K. If you haven’t run a race at The Reserve before, it’s a venue that offers lots of parking, an undulating and mostly-flat path amid the golf course, and a nice covered area for the post-race festivities. The covered part is quite handy considering that March weather in Oregon can often be drizzly or wetter.

Race day is March 11, starting at 8 a.m. with a special wave of 5K runners who want the extra-early time, and then at 9 a.m. for everyone else (5K, 10K, 15K), and a kids’ race at 10 a.m. All finishers get the Luckython medal; the top 3 overall male and female, top 3 male and female 45+, and top male and female 65+ get separate awards; and the top 3 in each age/gender group get gold/silver/bronze pins.

Oh – and there’s a post-race potato bar! (And since the first two Uberthons events of the year have had oh-so-delicious Noosa yoghurt available, can we expect that at the Luckython too?)