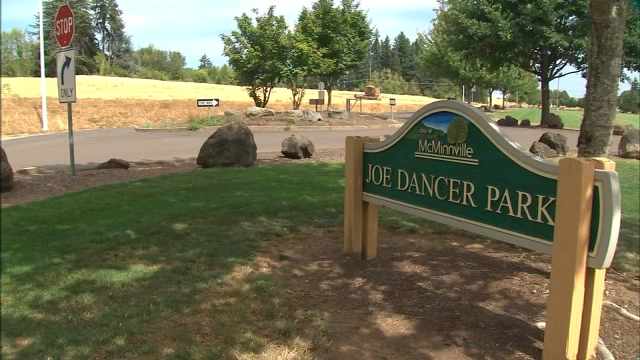 McMinnville is a lovely place to run. I've done a number of small races there and the MacTown Striders keep the area runners busy and engaged. So this week we are doing the "JD-backstretch counter clockwise" (remember, the first person to run a route with Strava gets to name it). This segment is longer than most of the segments we post, at 1.2 miles; and despite the way the elevation chart looks, it's pretty flat with a 0% grade. The route has been attempted 388 times by 63 people. The run is on Joe Dancer Park Trail, in (surprise) Joe Dancer Park. The path winds around sports fields on one side with the Yamhill River on the other.

As of December 8, 2016, the course records for the JD-backstretch counter clockwise are:

The route from two weeks ago, Avery Dash, does not have a new CR since we posted it, but keep trying!

So, can you beat their times and become the leader of this segment? You have until Thursday, December 23 at noon to try and break the record and see your name in “lights” on Run Oregon! We’ll post a new Segment next Friday at 12.