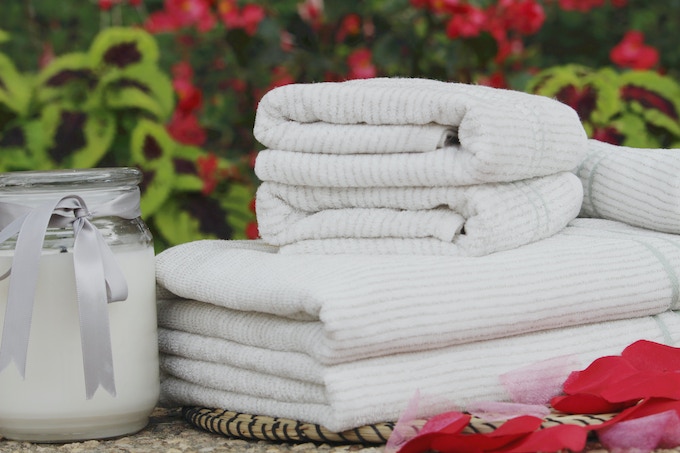 Product: JP Towel (website) Location: Edmonton, AB, Canada End Date: October 3, 2016 Pledge Goal: $14,118 ($15,292 goal) Current Pledges: $30 for hand towel, $75 for bath towel We've all been there - pulling out a towel at the gym, in the locker room, or after a run and just being DISGUSTED with what comes out of your bag. Even after utilizing a towel, sometimes I get home and pull it out to put in the washer, and it just smells terrible and I don't want to think about what is growing on there. It's pretty gross. Not to mention how terrible it feels to have to wash so many towels each week. I often think about (and sometimes do) re-using towels to save water. Either way I do it (doing numerous wash loads per week or re-using dirty towels), it really doesn't pan out well for me. The new anti-microbial self-cleaning towel seems like it would assist with this problem.

Your towel has the same microbes as a toilet seat… Let’s change that.

We are introducing the world’s first self-cleaning towel recommended by dermatologists; a towel which is made of pure silver and bamboo, 2 naturally occurring anti-bacteria materials. Our high precision engineering weaves silver with bamboo to give that sleek looking incredibly soft towel. Even after 300 washes, the towel will consistently deliver the anti-microbial properties.

The same as a toilet seat. *Shudder*

Experts advice washing face towel after every use. Seriously.

An average adult on the other hand washes towel every 1-2 weeks. With moisture, humidity and dead skin cells, towels are ripe breeding grounds for microbes. The bacteria like E.coli and Coliform,which are commonly found in feces, are regularly found on normal towels. Additionally, acne causing microbes like dust mites and Propioibacteria are extremely common on towels. And you wonder why you have skin problems.

Like I said, it’s pretty impossible (and not very economical or environmentally conscious) to wash towels that much.

Our towels are at the bleeding edge of technology and are designed to destroy microbes while maintaining an elegant look. The two constituents which put our towels light years ahead of competition are:

Obviously these towels are very nice and not necessarily designed solely for post-race running – but it would be really nice to have at home, taking to the gym, or even camping (I have seen our towels after a 3 day camping trip and it makes me want to gag).

Check out the campaign and stock up for your house or gym bag. They will run a little pricier than normal towels, but the benefits should leave you feeling good and clean doing it. Follow JPLiving on Facebook.