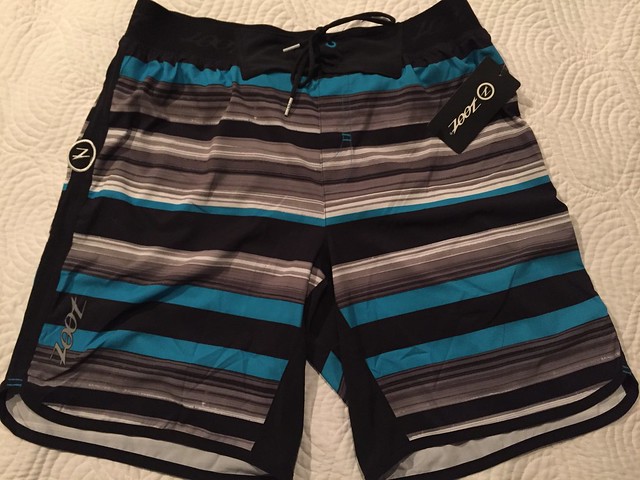 Zoot was founded in Kona, Hawaii and is the original triathlon brand. Zoot began making performance apparel catering to athletes competing in the emerging sport of triathlon in 1983. Since that day, Zoot has been blending science with innovation to deliver the most comprehensive, technologically-advanced and complete multi-sport product line in the world.

I just recently got home from a work trip to Venice Beach and Santa Monica, California. I love “runsploring” when I have the opportunity to travel, and a Southern California running adventure is really second to none. While the trails of the Pacific Palisades were calling my name, they just weren’t a viable option given that I only had early morning or later evening opportunities. But, running on “the Strand” isn’t a bad consolation prize.

Another name for the Strand is the Marvin Braude Bike Trail, a paved bicycle path that runs mostly along the Pacific Ocean shoreline. While out and about in my running gear, I saw a quite a few runners and cyclists. I also saw a fair share of beach bums and surfers as well. It was definitely an experience and one that was definitely more laid back than the hustle and bustle of Los Angeles in general. So why, am I mentioning all this?

My trip and workout attire seemed to come together nicely given the fact that I had a new pair of Zoot 2-in-1 Board Shorts with me. On the outside, these bad buys look like a pair of swim trunks – and that’s pretty neat. Not all running gear needs to look the same right? Underneath the super lightweight outer, however, there is running-ready technology hidden away. There is a “BIOwrap run brief” to stay secure, and a zippered pocket on the back for necessary storage, such as nutrition.

These were awesome to wear while putting in miles on the California coastline, but has also translated well in bringing back up here to the Pacific Northwest. They have proved to be comfortable and give a little bit of casual feeling when I am out on the streets. The mesh materials have proved breathable and some of my running friends have been perplexed as to how “uncomfortable” it must be to run in “swim trunks”. Imagine their surprise when I give them the full story. I like being able to wear these out casually and I anticipate being able to run in them and then easily transition into a casual summer bottom to hang out at the pool afterwards.

As mentioned in the company description, Zoot is more than just apparel. They also have some unique running shoes and triathlon gear, so check them out and follow them on Facebook.