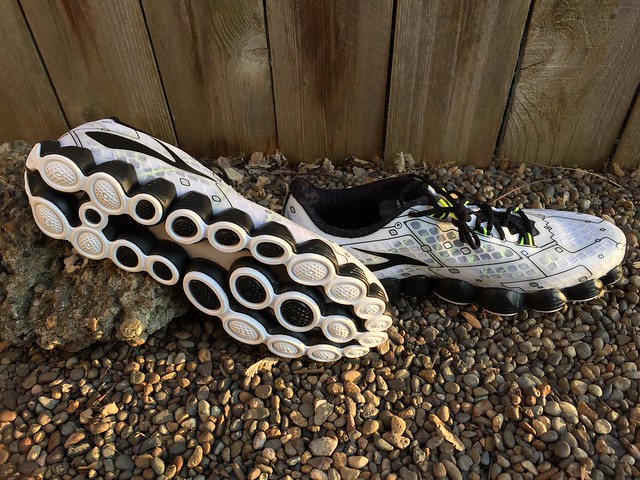 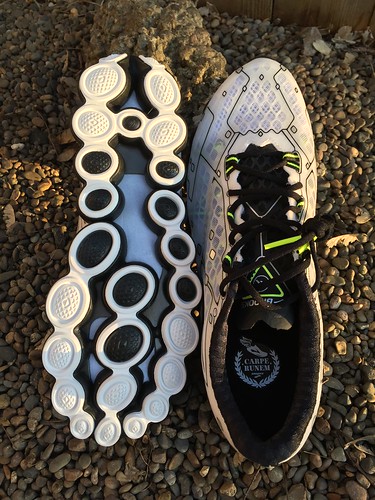 Initial Impressions: The Brooks Neuro has only been on the market for about a month (March 1, 2016), but it seems that a first glance is all it takes for people to form some opinions on them. Be it looks, suspected drawbacks, or people geeked about them being unique - I have seen (and read) opinions on all angles. Here is my initial take after about 10 days and 30 miles.

The most obvious place to start is the looks. They are funky – that’s for sure. One of my friends called them “moon shoes” and another “90’s ugly”. Still others said that they looked “badass” and “look like something that would make elitist runners whiny”. Whatever the case – you are probably going to have an opinion about them. Personally, I run pretty neutral in both color and style. However, I am never afraid to try out something new and unique, because I really don’t care how others feel about me when I run. I liked the color scheme – it’s essentially 95% black and white with a small amount of neon yellow accent (women’s shoes are a little more funky with pink or blue being the primary colors). The design on the upper (which have been called “computer motherboard-ish) didn’t really turn me off. They look fine to me. You will have to make the call as to if you are open to something a little out there, but I personally didn’t feel it was a big deal. 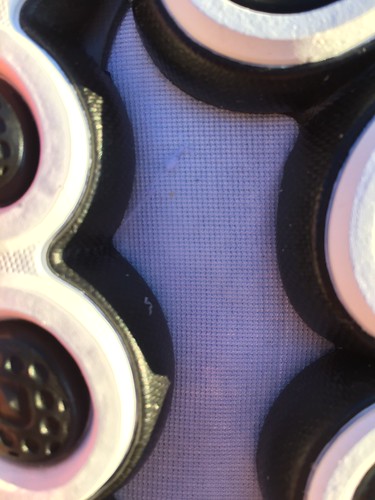 Soft and flexible underneath the pods. Interesting.

My first run in these was 12 miles over all kinds of terrain I could find at Minto Brown Park. I went from paved trail, to dirt trails, and even on loose gravel. The traction on the trail was actually better than I anticipated, and I could see this as a really good hybrid road/light-trail shoe . Along the trails, I feared that the bottom would lend itself to rock lodging, and my first run did yield one rock on my left heel. I was also concerned that I would feel each “propulsion pod” bouncing on the bottom my feet and that would drive me a little nuts. However, it wasn’t until I randomly looked down near mile 3 that I even remembered I had new shoes on.

The fit is actually really nice. It’s a thinner fit, so if you have wider feet you may feel a bit restrictive. I loved their “Dynamic Hammock System”, which wraps the laces under you feet. I hardly had to pull to get my foot snug in there – and the snugness came from all angles – not just the top. This supposedly works to improve foot alignment, but at the very least – I found it super plush. The tongue appears a little different, as it seems to be shorter than most other shoes I have. It’s also not as padded and I found that when I wore some shorter socks, I could notice the tongue on the top of my foot. It is really not that big of a deal, but a little different from what I am used to. The upper appears well constructed (it is all one piece), and I anticipate it holding up well over the long run. I found the shoes to be pretty flexible, with a soft material under the pods allowing this to occur. I will be interested to see how this holds up.

My initial impressions are that there area  lot of positives in these shoes and are definitely for runners who don’t mind standing out a bit. If you are on the fence (and are indifferent about the look), don’t immediately judge them. I will be trying this out over the next few months and reporting back.

2 Comments on Shoe Review: First impressions of the Brooks Neuro