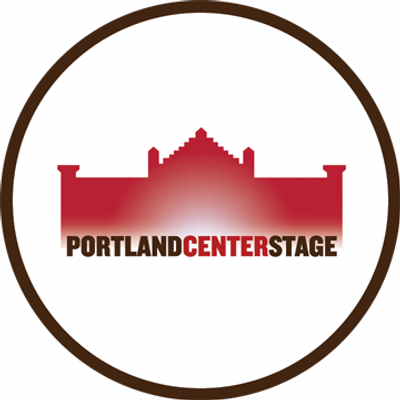 Run Oregon loves running - that's no surprise. But we also love the Pacific Northwest and all that it has to offer. Running is a part of us, but it does not fully define us. In our new "Make a Day of It" feature, we aim to showcase some great local non-running events and highlight where to run and how to make the most of your experience! The next installment of this series is Twist Your Dickens at Portland Center Stage! First the running: Twist Your Dickens, and all Portland Center Stage performances, are held at the Gerding Theater at the Armory. It is right in the heart of Portland nightlife, mere blocks from Powells, the Crystal Ballroom and about a billion (give or take) restaurants and bars. While running in Portland is great, the location is not necessarily the best for running, given the number of intersections. One idea for running in this area would be a historic building run. Head east on Burnside for a 2.5 mile run up to Pittock Mansion. At Pittock Mansion, there is a display that highlights a number of historic buildings that are visible from its grounds overlooking the city.  The Armory does guided tours of their building on the first and third Saturdays of each month during regular performance season. People get to go back stage and learn lots of great historical fun facts about the bulding. Awesome!

Twist Your Dickens is a unique spin on the Christmas Classic, a Christmas Carol. And it’s not the warm, fuzzy, and family-friendly show we may be used to. It is described as coming from the masterminds of the legendary comedy troupe The Second City (from where the likes of Stephen Colbert, Keegan-Michael Key, Steve Carrell, and Joan Rivers earned their comedy stripes). I highly recommend checking out their Playbill for much more detail.

I promise. I will tie this into running. This is Run Oregon, after all. Admittedly it might be tenuous, but I will make the connection. Don’t let that deter you from reading this, because even though this is only marginally related to running, discovering Twist Your Dickens is worth it.

I have gone to a number of shows at Portland Center Stage over the years, some have been musicals, some have been dramatic plays, and now there is Twist Your Dickens, which sort of defies categorization. Obviously, it is a Dickens themed Christmas show, but so many other things as well. My favorite Christmas play has always been Dicken’s A Christmas Carol, so I was already excited to experience a new spin on the classic. This is not a traditional play by any means. It’s part spoof, part musical, part improv, part Victorian England late night commercial programming – and all hilarious.

This show has been a holiday tradition in Oregon for a few years now, and I think it will be around for a long time, particularly as they promise it will never be the same show twice. Much of the show is improvised, with the cast often requesting audience suggestions. There is even a booth out front where people can confess their misdeeds, which are then later incorporated into the show. It is fast paced, clever, and completely irreverent (think 17+ for this show). This is definitely not a traditional Christmas show, but a comical performance with a Christmas tone.

One of the most amazing parts of this show is that although there are dozens of different characters throughout the show, there are only seven cast members. Taking on numerous characters and dozens of lightning quick costume changes, these seven actors make the cast seem huge.There are 35 costume changes in the first 15 minutes of the show alone. That’s like theater Fartlek training! It is all just part of the chaotic, crazy humor that makes Twist Your Dickens.

Now the tie in. This time of year is so often about running – whether it is running around shopping, running late for a holiday party, or running something like the Holiday Half – we are always on the run. Take a break from all the running, head down to Portland Center Stage and have a fun night out laughing out loud to Twist Your Dickens and let the  cast do all the running.  Remember I noted the connection would be tenuous.

There are a variety of different pricing options for tickets, but options starting at $25 is pretty cheap if you ask me. They even have “Pay What You Will” performances, which usually occur at the Sunday night preview performance of each production. Additionally, they give back to the community so that everyone can partake, including free and cheap tickets for local schools, $5 shows for those with Oregon Trail Cards, and student and military discounts.

In addition to Twist Your Dickens, Portland Center Stage has a bunch of different performances throughout the year, including A Streetcar Named Desire and Great Expectations.