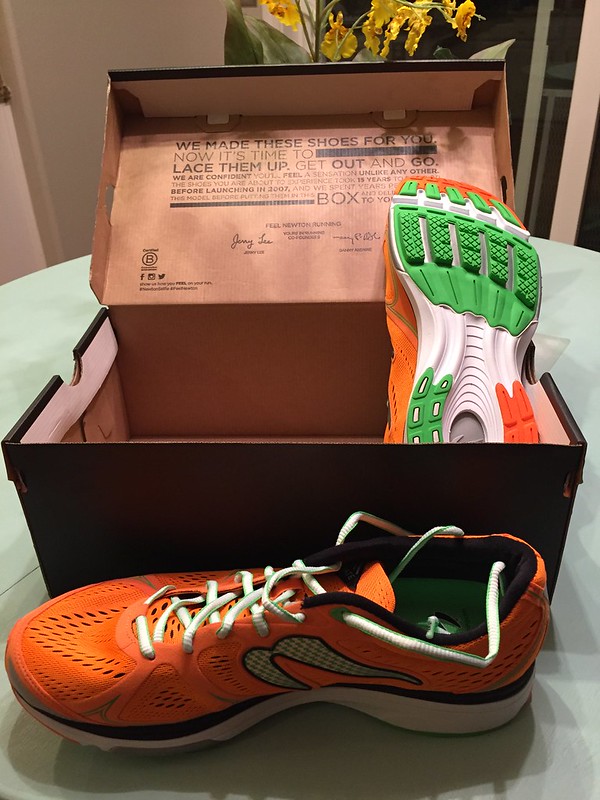 Run Oregon receives and tests running shoes from time to time. This initial post about the Newton Fate. Matt has just received his pair and have outlined some background information about the company and the Fate model.

Newton has been around in the running landscape for years (2007 to be exact), but is one that I have yet to try out. I see there shoes when we are towing the line at races, but is a brand that hasn’t entered my periphery until now. The Newton CEO is an IRONMAN finisher and the brand’s co-founder runs 100-mile ultra-races. Speaking of IRONMAN, Newton Running is the official footwear and run course sponsor for the IRONMAN U.S. Series and presenting sponsor of the Destination Races Wine Country Half Marathon Series, which we know all too well here in Oregon. Newton Running was named after Sir Isaac Newton and Newton’s third law, which is the technology that has made Newton Running shoes renowned. 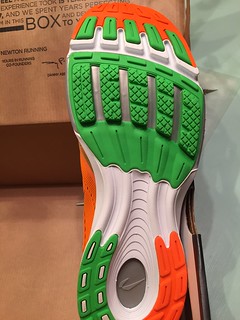 A view of the lug system

Newton is based out of Boulder, CO and was named after Sir Isaac Newton and Newton’s third law (For every action, there is an equal and opposite reaction), which is the mantra that Newton has used in developing their patented shoes technology. Newton has developed their 5-lug system and three different shoe types (POP standing for Point of Power):

For those who are interested in the technology of the shoe, here is how they describe the Fate model:

Perfect For: People who delight in the pure joy of running and want a shoe that elevates their experience.
Likes: For every day training and racing, an all around go-to shoe.
Ride: Versatile and balanced. The dynamic Newton pop in a more relaxed package. 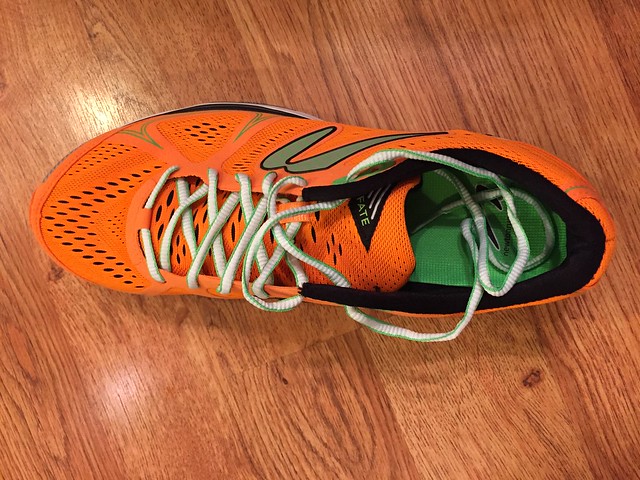 When putting these initially, it felt almost like a combination of two different styles – the top of the shoe being very light and breathable and the bottom feeling pretty solid. As stated above, the Newton Fate falls into the middle POP2 category of their “lug system”, which places it in the middle of their categorizing (between POP1 & POP3, obviously) and alongside other models that offer more support for everyday running.

Open first wear out of the box, I definitely noticed that the lugs had a different feel than what I was used to. It’s not bad or uncomfortable, but definitely a little different. I am not sure if it is the way it is constructed, but even when walking around, I felt a definite thrust forward as I moved.

As this is my first venture into Newton shoes, I have been trying to take it easy (and would recommend the same to someone trying Newton’s for the first time). While the lugs are generally subtle, it’s definitely a different feel, and my calves became a little tired (not necessarily sore and definitely not injured) while I made the initial transition.

The weight (nearing 10 ounces) is definitely heavier than many shoes out there, so know your top-end limits and don’t be surprised. I personally, like having at least one heavier pair that can take the beating of daily runs and can hold up to the ongoing wear and tear. It also is pretty stiff and not as flexible as some recent pairs I have had.

I will be revisiting these in another few months and report back!