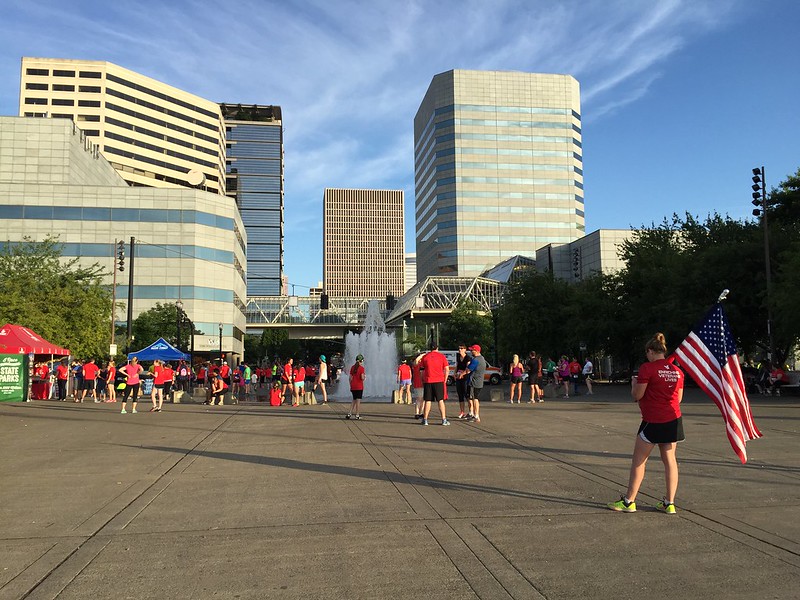 The 2015 Red, White, and Blues 10k was my last of three Independence Day Weekend races. After a 10k at the inaugural Rogue Farms Independence Day 10k, followed up by a 2.62 "Mini-Marathon" in Monmouth, I was just looking forward to an easy stroll along the Waterfront to wrap things up. This race, which is put on by Hood to Coast Events, featured both a 5k and 10k, as well as entry into the Waterfront Blues Festival afterwards. Runners also received a complimentary beer (from reputable breweries like Deschutes), a tech shirt, and a neat race medal. Even a 7am start (driving from Salem after a late night of fireworks) couldn't dampen my spirits too much with all that was included in the entry. 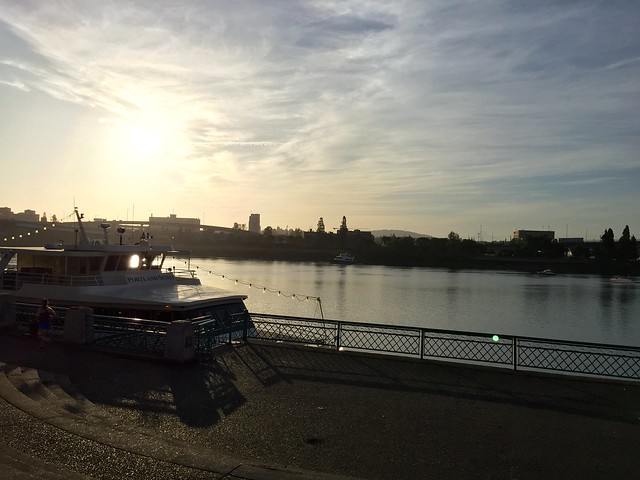 The itself race was a loop (double loop for us 10k’ers) that started in Naito Parkway in Waterfront Park. There was plenty of room to get stretched out and ready, and the morning was perfect (though warm already) for a few early morning sunrise pictures. WIth about 400 runners registered, it was a solid field, yet it felt intimate as I am used to thousands and thousands of runners along this road during most races here (Shamrock for example).

Runners headed North on Naito and did a turnaround just after the Burnside Bridge. In fact, even despite being a looped course, there were a lot of turnarounds – 4 during each lap that I counted. After that first turn, we did the climb onto Morrison Bridge and crossing over the Willamette River. An out-and-back along the north end of Water Street on the east side, another very short out-and-back on Taylor, and a final out-and-back on the south end of Water Street gave way to crossing back over the river on the Hawthorne Bridge.

Though my plan was to take it easy, I (like always) gave way to a little competition. Joe Dudman was there (winning the 5k with ease), and while I knew I will never beat him in his lifetime, I wanted to do Run Oregon and Joe proud by putting a little extra speed than I had originally planned on. By the time the second loop started, I felt good enough to kick it up a bit. I ended up passing some people and finished in 24th place – something I was happy with.

As for the course itself, I am appreciative that even though it ran on Naito, it was not the “typical” Naito route. I always enjoy running over on the less popular East side. Even with the bridge crossings, the route itself is not exactly the most scenic. Runners really need to enjoy their time on the bridges, because industrial areas and getting through Old Town early in the morning was less than stellar. The homeless population, sadly, was very evident along the course. On Independence Day weekend, it really got me thinking and wondering just how many people sleeping on the streets were Veterans. Sadly, the VA reports that “on any a single night nearly 58,000 veterans are homeless; 57% were staying in an emergency shelter or transitional housing program; and the remaining 43% were living on the street, in an abandoned building, or unsheltered someplace.” That is just very sad and made even more real while running (if you want to volunteer your time or donate money to help homeless Veterans, click here). 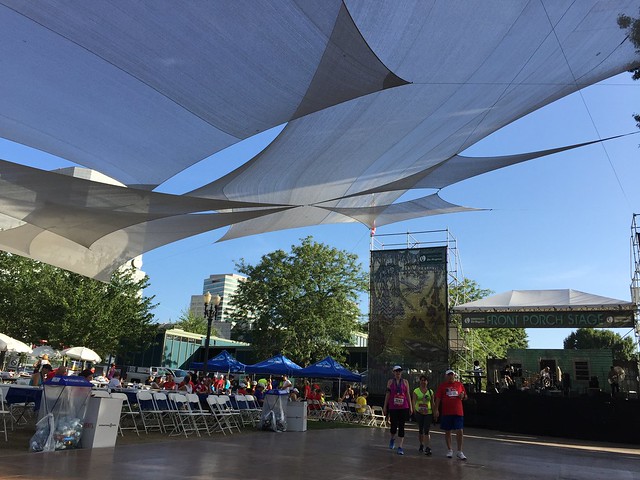 Following the race, I grabbed a Twilight Ale from Deschutes and found my Run Oregon crew to hang out with. The beautifully shaded Blues stage was amazing and cool despite the rising temperatures – the perfect set-up for gabbing, drinking, and dancing (f you are into that). Overall, I enjoyed this race. I may opt for the 5k in the future, but had a good time running and hanging out in a cool spot with cool people.

Results for the 5k and 10k can be found here. 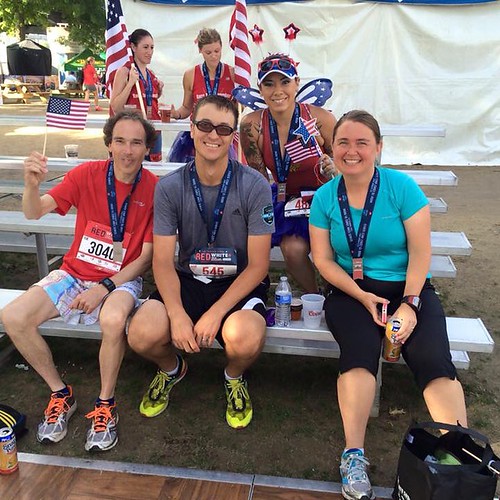