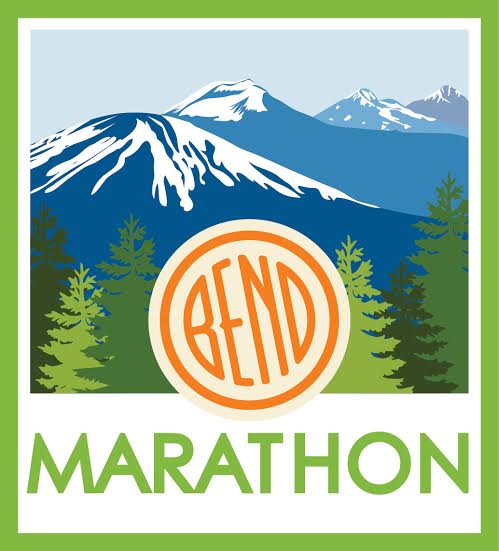 There’s a new marathon in town. Well maybe not IN town, but a new marathon for us in the Pacific Northwest. Bend will be hosting its inaugural Bend Marathon and Half presented by Picky Bars on Sunday, April 26th and I can hardly wait. It’s perfect for Marathon Junkies who have already run Portland, Vancouver and Eugene, as well as a great destination option, for anyone looking to run their first Marathon.

The views should be spectacular. Beginning in downtown Bend, the marathon will run through city parks, along the Deschutes River and finish at 10 Barrel Brewing Company. Since this is a new marathon, details are being announced as they are confirmed. There’s discussion of a ‘Boston to Bend’ challenge, which has piqued my interest, for runners participating in the Boston Marathon on April 20th, followed with the Bend Marathon on April 26th.  There’s also talk of eventually having the course approved as a Boston Qualifier.

Until then, I’m excited with the confirmed details of this new run, including the picturesque course and unique Bend vibe. The course starts in downtown Bend, running through the heart of the city, including Drake Park and along the Deschutes River. Traveling past the Old Mill District, through Farewell Bend Park and along the Cascade Lakes National Scenic Byway, runners will turnaround near the Seventh Mountain Resort. Making their way back to Bend, participants will have views of the Three Sisters, Broken Top and Mt. Bachelor. The final stretch includes a portion of the West Bend Trail, with runners making their way to the pavilion at 10 Barrel Brewing Company. The marathon will include approximately 85% pavement and 15% gravel trail.

Started by the same pair that created the Gorgeous Relay, I’m confident the inaugural run will be organized and well planned. Blair Hook and Kerry Loehr are native Oregonians and marathoners. I appreciate they want to show off our beautiful state and know the important aspects of an event, from a runner’s perspective.  For that reason, the hardest decision for me was choosing the distance.  Registration is available on their website and you can stay up to date with Bend Marathon announcements on their Facebook page. Early bird prices end December 1st, so don’t delay. Mark your calendar, invite your friends and pick out your training plan. The Bend Marathon and Half presented by Picky Bars should be beautiful and a great excuse to get away for a weekend.