A product with Brains and Muscles: A review of Buff Headwear 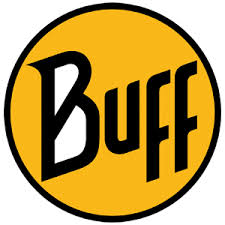 Sometimes it is the simplest products that just make the most sense and make you say “why didn’t I think of that?” Buff Headwear is one of those products.

Buff began 23 years ago on a bike of all things. From their website:

Original Buff Headwear was developed by Joan Rojas, a textile manufacturer, who struck gold one day while riding his motorcycle on the desolate Catalan roads of Spain. An avid biker since the 1970’s, Rojas found that while he was out riding with his friends, he needed extra protection from the elements…In the most basic of explanations, Buff  headwear is a seamless tube of fabric that can be worn in a variety of ways. Think ‘multitasking bandana.’

While Buff has many types of products, Run Oregon was given some headwear to try. I know I heralded the simplicity of the product, but just know that when heading to their website, prepare to be blow away by the many awesome styles to choose from. From flags to tie-die and everything in between, there is sure to be something that will strike your fancy.

Each Buff piece has specific features:

I have never been happier to receive a package in the mail. These items were sooooooo well-timed as I was running Hood to Coast that weekend. I have flimsy headbands that I have used to keep my mane under control, but they always slip off and are a pain. I knew that Hood to Coast was the perfect gauntlet to try these babies out in.

I started out my race with the first leg, down the mountain, and decided to wear the UV Half Buff in Anton style (oh, Tony Krupicka, how many ways do I love thee!!!). I really dug the style, it is a drawing of Tony Krupicka running in the mountains and there’s a huge Buff logo on it – which I just happen to love. I slipped it on, folding it in half so I could have a thicker barrier between me and the sun and set off. The Buff hardly moved and didn’t cut off circulation. There are no grips on it, so how it stayed on my head was beyond me – but I was down. I also was really pleased with how well the headband holds its shape. I used that one almost the whole race and it didn’t get stretched out by my head, but at the same time wasn’t clinging. I felt like I was running with nothing on my head, which was great.

At night I threw on the Original UV Buff and used it like a kerchief to keep warm. Again, loved it and loved the feel of it. Lightweight, breathable – but still able to keep my face and neck warm on those cooler nights – which were definitely cooler. I tried out various styles as well and loved the versatility of this piece – although I did not try to make it a shirt like the Survivor people of days ye olde. Not happening.

The last leg of the race was midmorning with a lot of sun cutting through the trees in Mist. I decided to throw on the UV Headband Buff and try my luck at keeping the sun off my scalp. I was not disappointed and really appreciated that the Buff was really able to wick the sweat away well. Another cool thing about this buff is it has sleek reflective screen printing on it that allow some added visibility in the nighttime.

At the end of the race everything in my backpack smelled, but I did notice that the Buffs that were on my sweaty, greasy hair did not and that they didn’t feel greasy to touch at all. They felt brand-new like I never wore them, seriously.

I even, for one moment, kind of felt as cool as Tony Krupicka. You can’t put a price on that! Try it out, there’s a reason the ultra runners are using this product, because it’s awesome!

These 2 products seriously could not have come at a better time for me. I recently shaved my head in support of my Aunt who began chemotherapy for the second time. The last time I completely got rid of my hair was about 5 years ago, and the pain and blistering that came along with it still resonates in my mind. Shaving one’s head in August is not necessarily something I would typically recommend, unless you have a Buff!

While I sometimes run in hats, I am generally a headband or visor guy. Both options are not the best when sporting a bald dome. The Original UV Buff really excited me with its multi-functional use. For example, when I ran in the Canby Dahlia Runs Half, the 7am start meant that it was gonna be cool. However, with the heat wave that we were having, I knew that the sun was going to be coming up quickly and powerfully about halfway into the run. I started out with the Buff in a headband configuration and then changed to a do-rag halfway through – pretty much without breaking stride. Score! And since this buff is 95% UV Protective, my pace and my head thanked me!

The Half Buff doesn’t have as many ways to wear it, but not everyone needs a multitude of ways to wear it. It was great to use as a headband, but I know I would find great use when wearing under my bike helmet or even my hat when hiking. I was surprised as to how comfortable the pieces were. When I was in high school, I remember making silly headbands out of t-shirt sleeves that tried to serve a similar purpose. The Buff  looks as simple as that (and obviously performs a billion times better than a cotton sleeve), yet is stretchy enough to fit and solid enough to stay in place.

Lastly, aside from functionality, one of my big questions was the claim of “odor resistance”. Our laundry room typically smells terrible thanks to my continual collection of running gear that piles in the basket. I swear I am not just saying this, but even prior to hand washing them with soap and warm water, the Buffs were hardly smelly – which is saying a lot. I was impressed.

Run Oregon strongly recommends these products for the runner in your life. They would make a great stocking stuffer (Christmas is only 3 months away!) or for any other occasion. Check out the rest of Buff’s gear too!

Mercer Slough was a party! 🔵FOLLOW US at: @run

The @asics Gel-Nimbus 25 was released this past we

I swear it’s steeper than it looks… 🔵FOLLO

Check out our review (#linkinbio) of the @brandbla