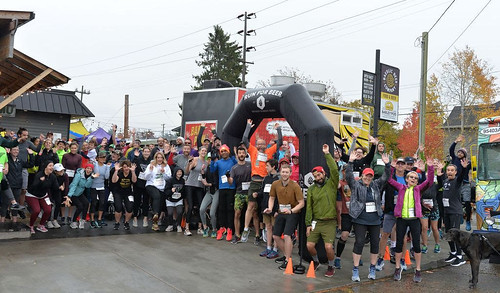 To close out the 2019 season, the Oregon Brewery Running Series held its finale 5k at Baerlic Brewing in NE Portland. As is always the case with OBRS races, the event was well organized, welcoming to runners of all paces, and above all fun for everyone.

A record number of runners (228!) joined the grand finale, and even with the large crowd there was ample street parking within a block or two of the brewery located in the Barley Pod. Clear signs and knowledgeable volunteers helped participants find their way to the packet pickup area and bib decorating station, and there was plenty of space for people to wait before the race began. 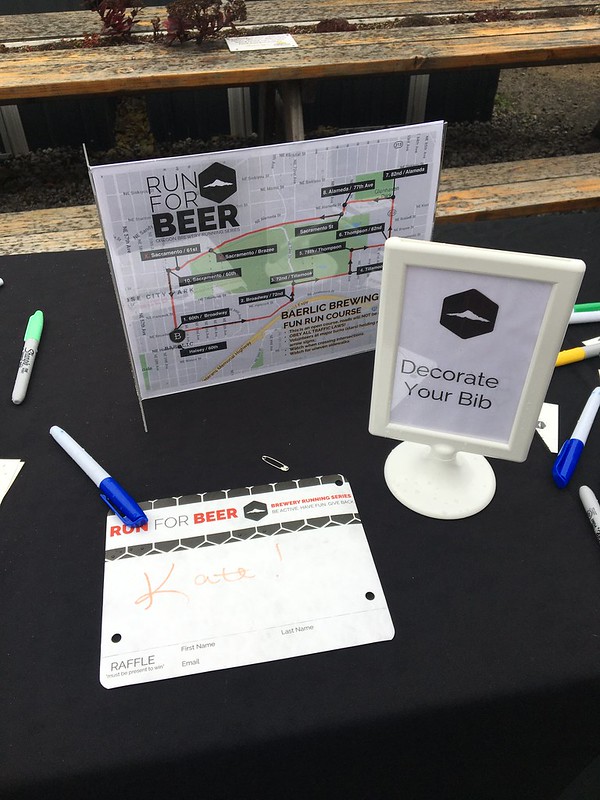 Baerlic Brewing has a full brick and mortar building complete with indoor restrooms (although due to limited space, the line was long enough to cause a delay and have the race begin in two waves). Despite a forecast for a clear day, rain began to fall just before the race began. Fortunately, between the Baerlic interior and a heated tent with picnic tables, participants and their supporters had multiple options to stay warm and dry.

Running and beer are an unbeatable combo, but the real draw of the Oregon Brewery Running Series is the positivity. The organizers were so upbeat, and the volunteers had us laughing right from the start (like when they encouraged us a block into the race by saying “only three miles to go”)!

The course began and ended at Baerlic and looped around Rose City Golf Course. Since the roads were not blocked off for the race, runners ran on the sidewalks, bike lane, or shoulder. Volunteers were at every corner, so there was never any confusion about where to turn. 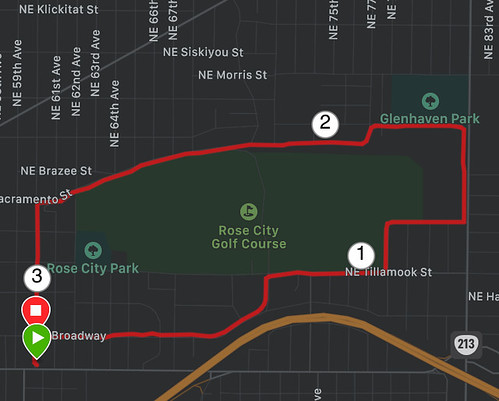 Most of the course was gentle, rolling hills, but there was one steep incline 1.5 miles in and an equally steep decline just before the 3 mile mark that had everyone sprinting (and practically rolling) across the finish line. The race is untimed, so everyone either kept track with their watch or phone, or embraced the spirit of the event and just ran for fun. 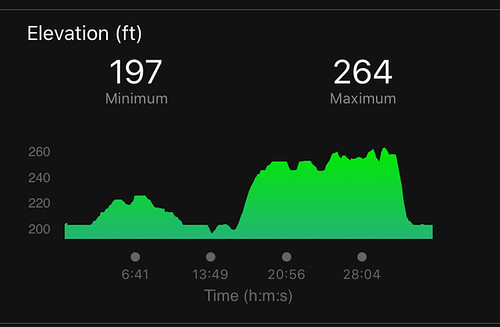 After the race, we were treated to a delicious beer and an array of impressive swag. In lieu of a t-shirt, finishers had their choice of a coffee mug, pint glass, bottle opener, or beer cozie. A bonus perk of starting the race at 11:00 a.m. is that not only did runners get to sleep in on a Saturday morning, but we finished right at lunchtime. The Barley Pod carts provided options for everything, and I thoroughly enjoyed a delicious rice bowl from Eat Well, which paired perfectly with my free pint of beer. 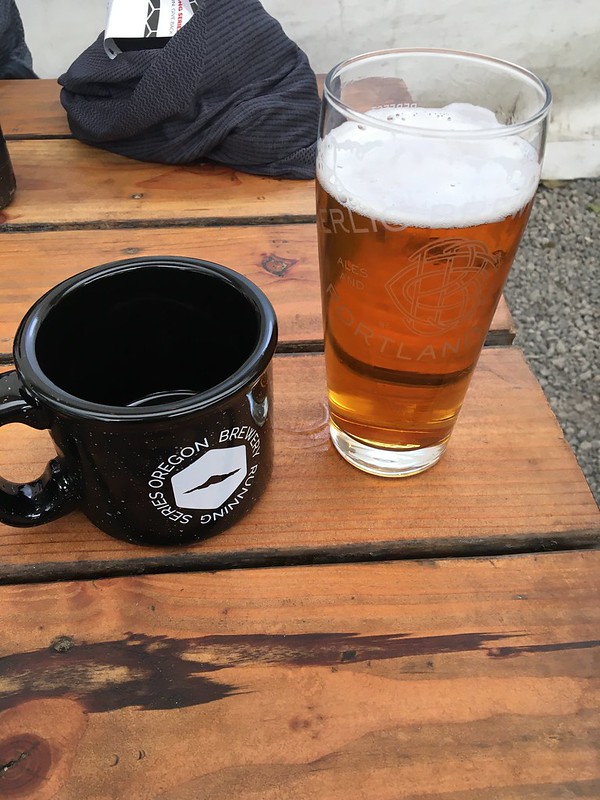 This series of races is a fantastic way to explore new neighborhoods, sample different types of beer, and have a blast running with a positive community. While you may have missed your chance to join the fun for this year, you’ll definitely want to join the party in 2020!

Running brings me immense joy and peace. Like the fabled tortoise, my pace is slow and steady. I ran my first marathon in 2011, then lost my focus following a cross country move in 2012, gradually working my way back to 26.2 miles. I have no aspirations of qualifying for the Olympics or even Boston. The road is big enough for all runners, and my only goal is to be happy and well. Location: Portland, OR 26.2 x 6 13.1 x 11