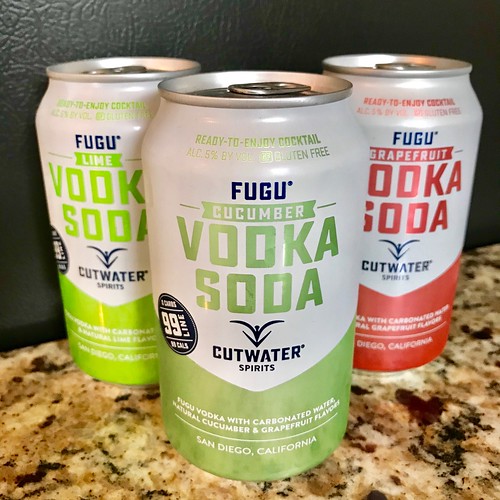 I love beer. After now having visited over 465 different breweries, it’s fair to say I have sampled a lot of beer (follow me on Untappd). From post-race pints and run club meeting locations, to beer miles and relays, running and the kegged nectar seem to go hand-in-hand in Oregon. Our Kegs and Legs feature is where beer & cider drinking runners like me can go to find some new favorite beverages. Check out previous posts here!

After tackling the local beer and wine scene, we thought it would be fitting to start checking out some distilleries. We recently came across Cutwater Spirits, a distillery based out of San Diego. They have a variety of spirits available, but what really intrigued us first off was their Canned Cocktails line. They have over a dozen options and over the next few weeks, we are gonna try some out and report back. First of all, here’s a little background on Cutwater:

The Cutwater story began as a part of Ballast Point Brewing and Spirits. Early in their brewing tenure, their curiosity and creativity drew them to explore the art of distilling, and in 2007 Ballast Point spirits was born. The result was the beginning of a diverse and award-winning family of spirits that became Cutwater Spirits. Now as its own separate company, Cutwater builds on the tradition with their minds wide open to the unconventional, the crew is committed to bringing quality, ingenuity and integrity to the world of spirits. We are currently distributed in 30 states and counting.

Frist on the list to try are three Vodka Soda options – Lime, Grapefruit, and Cucumber – from their “99 Line”. This line of cocktails come in 12 ounce cans and are only 99 calories with no carbs and no added sugar – making them a solid option for runners out there. I found these to all be very accessible and now overpowering.

The Lime Vodka Soda is simple with a bit of citrus splash to accompany the soca and vodka. It’s super smoothe and makes for a great base to start mixing with. I really liked adding a small splash of cranberry juice or cranberry ginger ale to get a nicely festive concoction.

I’m a huge fan of grapefruit (though surprisingly I haven’t found many grapefruit beers I love). I just like that little bite of bitterness to go along with my sweetness. The Grapefruit Vodka Soda is a nice balance.

I have come to appreciate the Cucumber Crush Sour by 10 Barrel Brewing, but adding cucumber to a cocktail was a new experience fore me. Luckily this is a really balanced option and the cucumber isn’t overpowering – in fact it’s quite refreshing!

Spirits: Available in Oregon by request only. Talk to your local state agency liquor store to request!