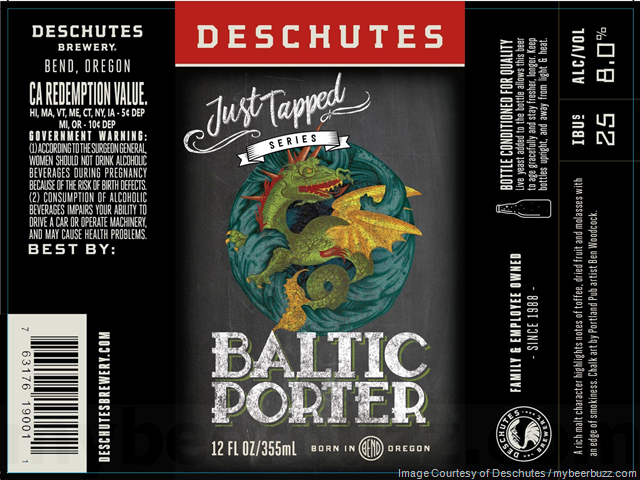 I love beer. After now having visited over 440 different breweries, it’s fair to say I have sampled a lot of beer (follow me on Untappd). From post-race pints and run club meeting locations, to beer miles and relays, running and the kegged nectar seem to go hand-in-hand in Oregon. Our Kegs and Legs feature is where beer drinking runners like me can go to find some new favorite beverages.

Let’s start off again with a little snippet from our previous posts about Deschutes:

I am slowly turning towards Porters as my winter beer of choice, and I even put away more this summer than I was planning to. The Baltic Porter seems pretty straightforward – it has a nice roast to it and is pretty smooth. It’s definitely a drinkable beer perfect for these dark nights and rainy days ahead. It is the newest part of Deschutes’ Just Tapped Series, a group of beers that make the move from being pub-only to available for the masses. It also has a dope logo.