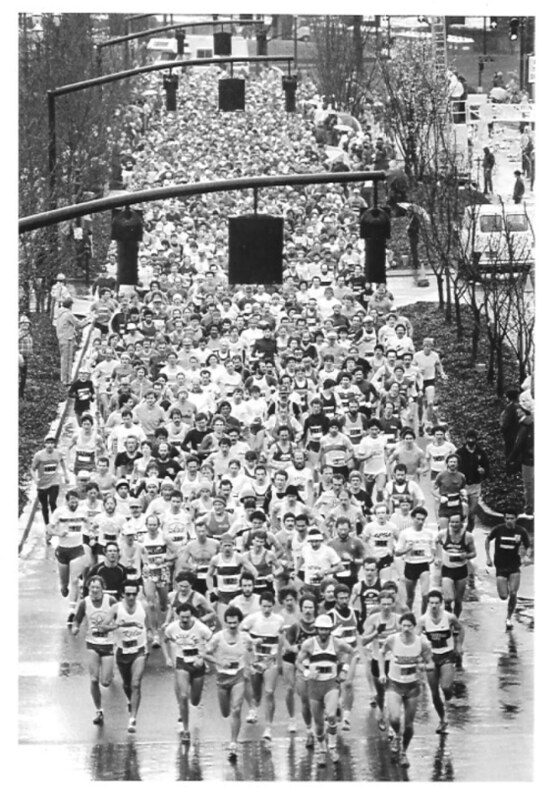 Back in 1978, the world was a pretty different place – especially when it came to recreational running. There are a few races who have been around for that long, but not many – and none in Oregon as big as the Shamrock Run. While participants come from as far away as the United Kingdom and Australia, 92% of participants are from a 50-mile radius of Portland. This speaks to the true “local” personality of the race.

Having gone through a number of changes, including a variety of race distances, one thing that has remained true is that the volunteers (and many runners) raise money for their chosen organization. Their donations go to more than 30 local groups, including high school track, XC, softball, and lacrosse teams, National Honor Societies, school bands, and other clubs.

We got to wondering what has changed about this Portland tradition in the nearly 40 years it’s be running, so founder Steve Hamilton shared some of the race’s history with us. “I’m not really a runner,” he says. “Although I ran as part of an fitness routine for many years, I didn’t run in races.  I was a football player at Washington State University and have always had a very strong interest in athletics.”  Very few races were being run in the Portland area when the Shamrock Run started, so Hamilton had to learn a lot about putting on a road race.​ We think he’s got it figured out pretty well.

Run Oregon: How did the idea for the Shamrock Run come about?

Hamilton: ​Back in 1978, a very Irish friend of mine returned from a running event in Springfield he participated in called “Run for the Shamrock.” At the time, I was working for my parents’ athletic equipment store in Portland​, which sold primarily to teams and schools. We had been looking for an idea to add a retail division, so I created the inaugural “Shamrock Run” in Portland.  To register, you had to come into our store to sign up.

The race was actually held in Beaverton near Washington Square for the first 2 years.  We had about 700 runners each year and then decided to move the Run to downtown Portland in year three to attract more participants.

Run Oregon: Since then, what’s changed in the world of running?

Run Oregon: What have been some of the most memorable races in the Shamrock Run’s history?

Hamilton: ​I don’t recall the exact year, but I believe it was in the late 80’s. We had snow​ ​in the Terwilliger Hills overnight. The road was mainly wet, but clumps of snow fell from the trees on the runners. Pretty amazing weather for an event in March.​

Another year, it was so windy that we had to remove all the banners that were wrapped around the scaffolding towers right before the start to prevent the towers from potentially getting blown down.

Run Oregon: How have the participant numbers changed over the years?

Then, in 2007, as social marketing was becoming viral, we jumped from 11,000 to 16,000 participants. After that, it was one more attendance record after another and we finally implemented a field limit. We had 5 consecutive sellouts from 2011 through 2015 at 35,500 participants! Attendance has waned a bit during the last few years, but weather and changing fitness interests have played a factor in that​.

Run Oregon: How have winning and average finish times changed over the years?

Hamilton: ​Average times have become faster in most age groups, but winning times haven’t really changed that much.​

Run Oregon: What are some of the longest running traditions?

Hamilton: ​We have had Doernbecher Children’s Hospital Foundation as our event beneficiary for the past 21 years. adidas has been our title sponsor for 16 consecutive years. Widmer Brothers Brewing has operated the Shamrock beer garden since 2004.​ The consistent support of our partners has helped make Shamrock an iconic Portland event, and the event itself is an annual tradition for groups of friends, coworkers and families.

​The 2018 Shamrock Run offers a kids race, the “Leprechaun Lap,” which is $15. Youth 12 and under in the 5k, Shamrock Stride (walk), or 8k pay only $15 as well, and others can still sign up for any of those three events for $44. The Shamrock 15k is $59, and the half marathon is $95 – and online registration is still open! There truly is something for everyone at this race which draws competitive runners, first-time racers, BFFs and running club, couples, families, and those just looking for a challenge.

When you’re downtown next Sunday, take a minute to appreciate the diversity in types of runners and their reasons for running. It’s truly a Portland tradition, and one that many runners have turned into their own family tradition, as well. “We have many runners who are now grandparents and who ran their first Shamrock years ago doing the Leprechaun Lap,” says Hamilton. “Today, they are bringing their grandchildren to run the Leprechaun Lap.”

After the race, he continues, “Shamrock turns downtown Portland into a sea of green on “Shamrock Sunday.” After the event, the throng of green leaves Waterfront Park and settles in downtown coffee shops, restaurants and bars to their Irish celebration. As we like to say: “On Shamrock Sunday, there are only two kinds of people in the world — the Irish, and those who wish they were!”

Click here to learn more about the Shamrock Run and register for the 2018 race. 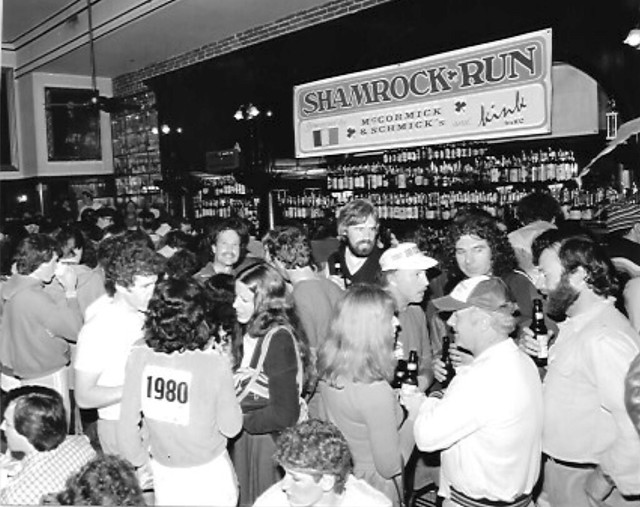