Traditional road races are a ton of fun but occasionally you just need to change it up! That is why I was intrigued and excited to participate in the Fight for Air Climb. This race was far from ordinary. It consists of climbing the 40 flights of stairs up the Bancorp Building (Big Pink) in Downtown Portland. 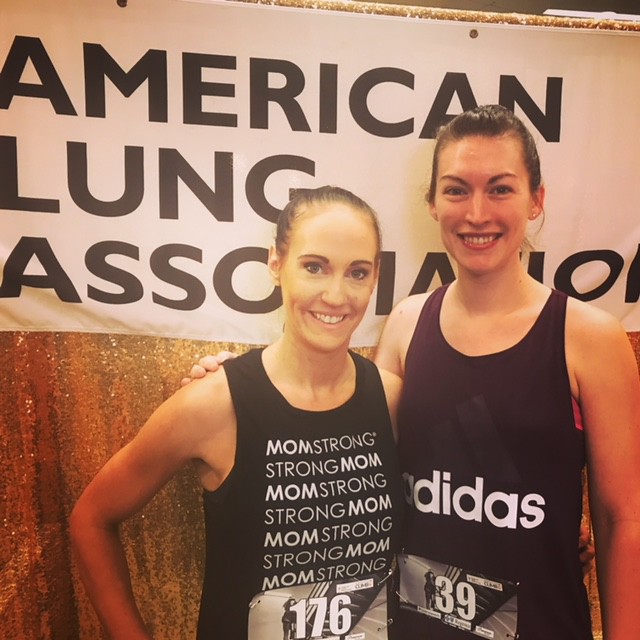 When I originally signed up for this race I thought two things. One, climbing stairs sounds easy enough and two, it is great strength training. The race offered several difference race “distances”. You could choose to climb 40, 80, 120, 160 or 200 flights. I always say, “go big or go home”, so naturally, I chose 200 flights of stairs.

The awesome thing about this race is that it benefits the American Lung Association. Each participant is required to raise a minimum of $100 for the charity before being allowed to participate. I know my friends and clients like to see me do burpees, so I enticed people to donate by offering to do 1 burpee for dollar raised. I agreed to do the burpees immediately following the climb, cause that sounded like a really good idea at the time. The morning of the race I arrived ready to climb. I had signed up to be an “Elite” climber, which means I would be competing and not just doing the climb for fun and fundraising. I checked in and got my super soft and comfy race shirt. I attached my bib and was ready to climb! Before the race started, they had several speakers that were very inspiring and meaningful.

Right at 9am, the elite climbers were called to the back of the room where we all lined up and were released to start the climb of 40 flights of stairs one at 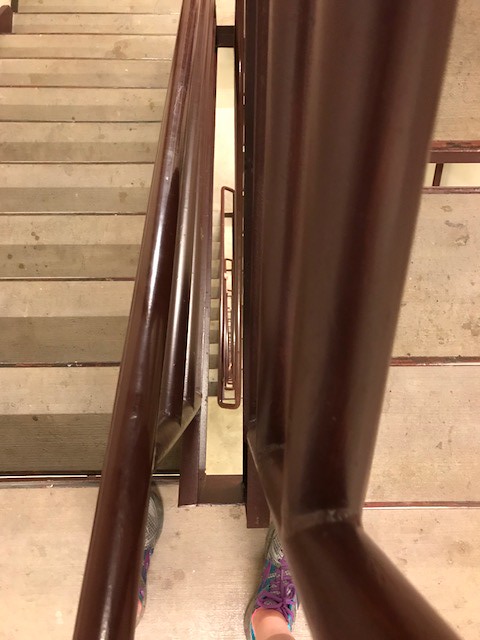 a time with 15 seconds in-between each person. I started out strong, running up the stairs with energy and vigor. As I started to get to the top of the first set, I started to slow and decided to go with a more conservative strategy, walk a floor, run a floor. I made it to the top where there was someone recording our bib number, grabbed some water and waited for my friend to appear from the staircase. From there, we hopped on the elevator and made our way down to the lobby of the building where we walked outside and to a second set of stairs. We again, stood in line and waited to be released one and a time. Again, I started strong and then started to fad as I got higher. I used the rails to pull myself up along the way. This continued for a total of 5 rounds. Each just as brutally hard as the last.

Drenched in sweat and lungs and legs on fire, I had completed the climb. This race, which was put on by Hood to Coast, was such an experience. It was a ton of fun and extremely hard in a totally different and new way. I loved the fundraising challenge and I was grateful and tired as I completed 100 burpees after the race for the $100 I raised. If you are looking for a unique but challenging race, this is the one for you. I look forward to doing it again next year!