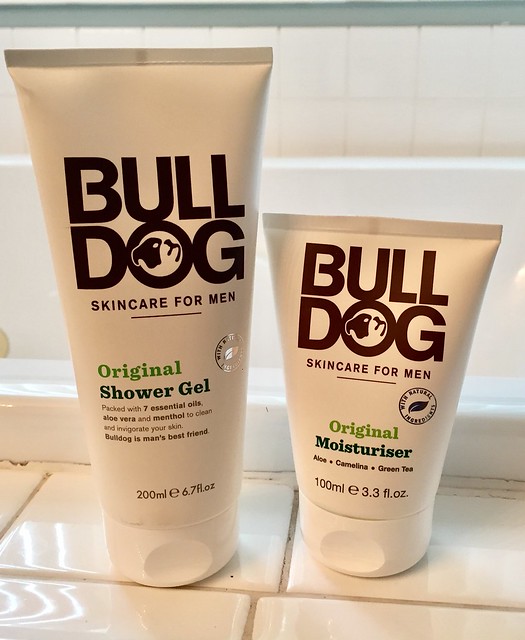 The idea for Bulldog was born in 2005 when founder, Simon Duffy, noticed that there were no straightforward skincare options for men who wanted products packed with natural ingredients. After two years of painstaking product research, design and development, Bulldog made its debut on the shelves of a leading British retailer. The award-winning products are now available throughout the world.

All Bulldog products have been designed from the ground up with male skin as their focus. All our products were created to work simply and effectively while dealing with the specific issues men face. Whether it’s pH balance, oiliness or dry skin, don’t be a wrinkly old beast. Bulldog has the answer.

All Bulldog products are certified Cruelty Free. They never contain ingredients from animal sources and that includes common ones like lanolin and beeswax. All our products are suitable for vegans and vegetarians and are approved by the Vegetarian Society in the UK.

I was sent a few samples to try out and here were my thoughts:

Products can be found via Amazon and in stores like Target. 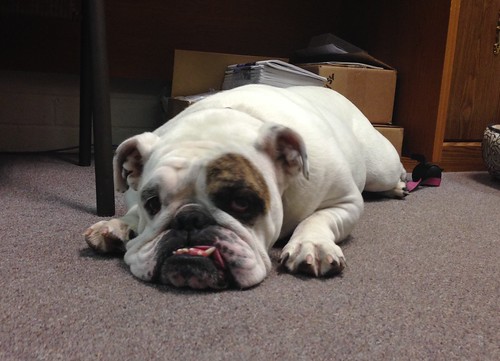 My in-laws have a rescue bulldog named Lulu. She is not the most beautiful thing in the world – her teeth are a little crooked, she’s a bit frumpy in places, and she just doesn’t move as quick as she used to be. Despite her shortcomings, Lulu thrives when she eats the right food, gets exercise, and her skin and hair are treated well. She has come a long way from her pre-rescue days. Come to think of it, even though she is a female dog, it actually seems like she has more in common with many of us men than we would care to admit…

I am more of a bar soap guy, but appreciate a shower gel now and again. However, most shower gels seem to be on two sides of the spectrum – either fruity and girly or over-the-top manly with smells that seem out of place (and that my wife banishes from the shower). Bulldog’s Shower Gel does a good job at finding a middle ground. The aloe vera and menthol provide a refreshing clean, yet keep the smell more subdued than I thought it would (I find menthol scents can sometimes be overpowering in confined spaces). The 7 essential oils did not dry out my skin, which is  another problem I have sometimes with gels and soaps. The gel also goes a long way and didn’t actually require a loofa or other vessel to be effective.

I am picky when it comes to my face moisturizer. I have gone through many kinds, but it feels like I always return to one kind due to many not doing the job. The problem is primarily the consistency – as I like something that is on the thinner side and dissolves into the skin quickly. I really do not like types that are on the thicker side and leave my face (and hands) feeling greasy.

Bulldog’s Original Moisturizer is about as close as I have found to my favorite face lotion – and it may eventually overtake it, as my traditional face lotion more on the mass-produced side and definitely not all-natural. Bulldog’s moisturizer has 8 essential oils as well as some other natural ingredients (green tea, green algae, konjac mannan and vitamin E). Despite the cost seeming high on first glance, I found it’s actually in line with my traditional face lotion (which checks in somewhere between $6-8, but is only 1.69 ounces).

In addition to these products, Bulldog Skincare also has a variety of items in their bodycare, skincare, and shaving lines.