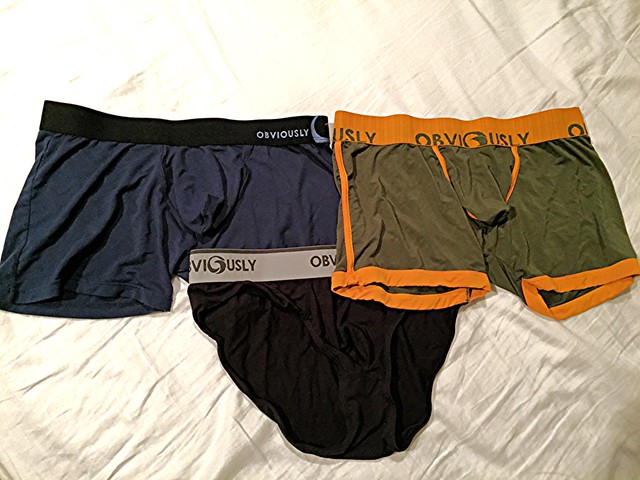 The 1st Annual Panty Raid Adventure Race is set for Sunday, April 31st, at Central Oregon State University in Wedgie Grove, OR. The race is a joint venture of the Ab Deltoid Pec Fraternity and the Glute Tricep Lat Sorority, and is a fundraiser for The American Skivvies Society which donates gently used underwear to those in need, and provides counseling to runners who "go commando". The race will begin promptly at the crack of noon on the quad after some brief announcements, and participants will hightail it to Hanes Hall to begin the search for cotton and spandex booty. To avoid any misunderstandings and loss of personal undergarments, only certain rooms will be accessible, while occupied dorms will be locked.

Rooms marked with blue or pink flags will contain dressers concealing a variety of men’s or women’s underwear worth varying point values. Boxers are worth 5 points, briefs 10, and thongs 15. All runners must return to the quad within 30 minutes, so they will have to decide which garments to grab on the “fly”.

Volunteers will pose as RAs, one per floor, and any runner tagged by an RA will have to forfeit all the underwear they have accumulated up to that point, leave the floor, and start over in another part of the dorm. A lone volunteer dressed as “The Dean” will be wandering the campus, and anyone tagged by him will be eliminated completely from the competition! Think of it as “Animal House” meets The Zombie Apocalypse Run.

All underwear turned in at the finish will be donated to The American Skivvies Society, and the top three male and female points leaders will win autographed printouts of Run Oregon’s Matt and Teresa’s complete underwear reviews, along with a signed pair of their test samples.

Everyone will want to stick around after the race for a debriefing and a free concert by local rockers The Elastic Waist Band.

(Under) Where: Central Oregon State University (at the quad), Wedgie Grove, OR

Register: The entry fee is just $10 plus one pair of new or gently used underwear (turned in at check-in). You can register online HERE.