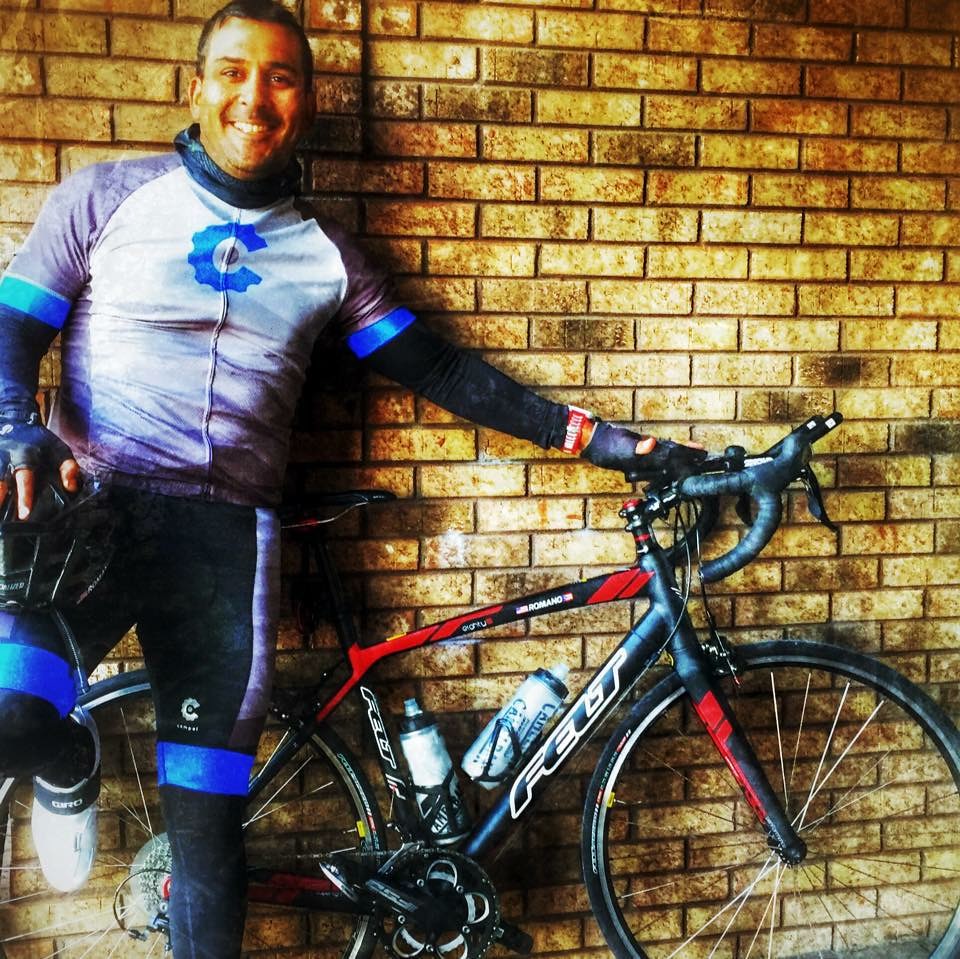 Soldiers hold a special place in my heart. They endure so much, sacrifice more than people can comprehend and allow me, and my boys, to enjoy the luxuries of a free county. Unfortunately, so many of these heroes develop conditions that last well beyond their official time of duty. Norberto Roman is one of these heroes, even if he can’t see it. A native of Puerto Rico, Roman was a Sergeant in the U.S. Army, served two tours in Iraq and survived a rocket launcher explosion that contributed to his PTSD (Post Traumatic Stress Disorder).

In May of 2005, Roman was discovered trying to take his own life and was sent home from Iraq to begin PTSD treatment. Besides the psychological damage, he was also dealing with lung issues. The military labeled his lung condition as asthma and he retired with a disability. Anger and depression set in and his lung condition worsened. Fortunately, his wife and sons stuck by him and, in 2008, he decided to see a pulmonologist. Many soldiers were exposed to sulfur fires, burn pits and human waste in Iraq. Whatever the cause, Roman was diagnosed with constrictive bronchiolitis and pulmonitis. With only 60 percent lung capacity, his doctor told him it would be hard to run more than two miles without using an inhaler or taking a break. Sending him into a depression, Roman gained weight and ended up on a C-Pap machine from sleep apnea.

Overweight and depressed, Roman was at a low point when his son gave him the reminder he needed to turn it around. His son reminded him he was a hero and it resonated for Roman. While he was feeling hopeless, his son knew he was a hero. That belief combined with the doctor’s doubt that he could run any further than 2 miles gave him the spark he needed to turn his life around for himself, for his family and eventually for the countless soldiers he has inspired.

Roman started with a 5K and continued increasing the mileage with a 10K, half marathon and finally a marathon in 2013. The exercise combined with a healthy diet, helped him lose weight and his goals started to shift. Instead of focusing on his personal goals, he wanted to do his part to pay it forward and inspire other veterans. He used social media to post his accomplishments and was excited to see so many people inspired with each finish line he crossed.

As if running wasn’t enough of a challenge, he jumped into the triathlon world in 2014. He started with a sprint and, like his running events, continued to add mileage with an Olympic distance triathlon, followed with Ironman 70.3 Augusta. He sees it as his prescription for his depression and he’s got some miles ahead of him as he’s currently training for Ironman Louisville.

While his grit, determination and drive are impressive, it’s his heart that has my admiration. In 2015, he started a Facebook page called Rescue 22 (Rescue22.org). Every day 22-plus U.S. veterans commit suicide, men and women who have given our country so much and often don’t have the support they deserve when returning to civilian life. Roman is doing his part to make a difference, sharing his experience and trying to pay it forward.

Through Rescue 22 and Angels 4 Heroes, he’s trying to raise awareness for the brave men and women who have served. He personally answers their emails and is incredibly open about his struggles with Post Traumatic Stress Disorder and depression. He uses his story as hope for others and that is why I admire this guy. The swim, bike, run thing is pretty impressive too, but I love that he uses it as a platform to motivate and inspire other veterans.