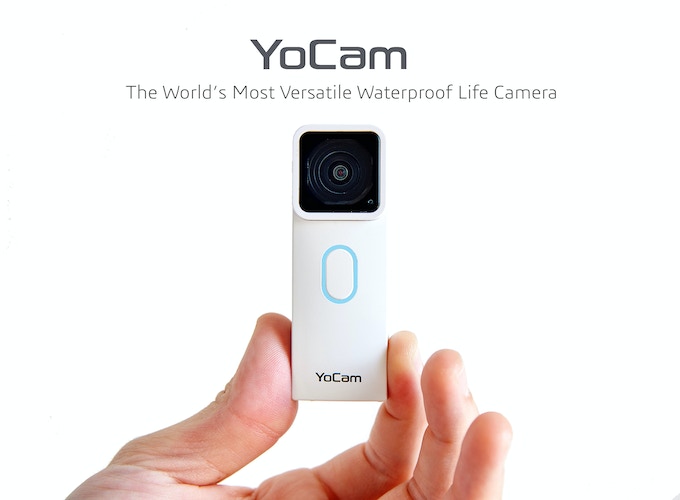 Product: YoCam Location: Birmingham, AL Kickstarter End Date: January 20, 2016 Current Pledge: $120,344 of $80,000 (WILL BE FUNDED) The GoPro is all the rage. I have seen numerous runners with these cameras strapped to their heads as they tackle a beautiful trail race or a scenic marathon. The YoCam, currently funded on Kickstarter with still over a month left in the campaign, is jumping into the small camera game and may provide an alternative to the classic. From their campaign:

YoCam was designed and engineered to be the world’s smallest waterproof life camera—and the lightest one, too. Unlike the cameras that can only meet one or two of your needs, we have designed YoCam as an all-in-one smart camera that will accommodate all your daily needs. In order to achieve this goal, YoCam must be powerful, versatile and affordable.

One of their major selling points is the camera being waterproof – something that would seem to be a good idea up here in the Pacific Northwest. It also doesn’t appear to be too terribly complicated – recording can start just with the push of a button. And if you want a bunch of pictures taken, simply press and hold the main button and the YoCam will automatically take pictures every 2 seconds. It looks pretty ideal for action shots, like running, as there a bunch of different kinds of shots available, as well as motion stabilization. There is clearly a lot packed into this little guy.

Check it out for yourself at their Kickstarter page. You can currently pledge for as low as $149.