Make a Trip of It: A Runcation preview of the Rockin’ Summer races and A Better World Running race company in Hungtington Beach, CA

If you’re anything like me, even vacations can’t keep you away from running. I am constantly looking for new roads to hit, new trails to tackle, and especially new races to run. That’s why, when it was decided that my wife and I were going to take a little personal vacation (no kids!) to Southern California this month, the first thing I did was hit the Google machine and see what was going on down there.

What I found was the Rockin’ Summer Marathon, Half, and 10k, put on by Southern California race company – “A Better World Running”. The event is held on the paved trail along the sandy surfer shores of Huntington Beach on Saturday, August 22. This event is a variety of loops depending on the distance. Now, while some runners are highly opposed to multiple looped courses, I actually don’t mind them. And I ESPECIALLY don’t mind them when they are ran on a beach. I mean, who am I to complain that more time spent running on the beach would be a bad thing. I honestly think I’d be disappointed if the course took me inland and I lost the views and aura of the Pacific. In this case, the 10k is an out and back, the half is two loops, and the full is 4. Since the course is open to non-racers, there will need to be some maneuvering. It also means that there will be numerous restrooms and fountains along the way, as well as an aid station 2.5 miles from the start, which works out to about mile 4 on each loop. After the race, there will be a racer’s buffet (i.e. bananas, water, Gu, etc). 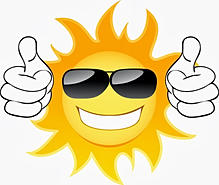 The race has a low-key feature to it, which probably fits in well to the local atmosphere. At any point, you can drop down to a lesser distance without penalty and your time will be accommodated. For example, say that you are planning the half marathon, but at mile 10 you just can’t take it anymore and you grab your board because the ankle busters have turned into monster barrels. The race will then make a distance for you (in this case, 10 miles) and you will be timed on that distance.

Though the race is low-key, there will be bibs (though the race is clock-timed) and all finishers receive a medal. There should be about 100-150 runners in attendance, and official results will be posted. I’m pumped to participate in this event for the experience and the view.

I realize that this race is less than two weeks away, and I’m guessing not many people are on my same vacation schedule. However, I do know that Southern California is a popular destination spot for us Oregonians to go. So keep “A Better World Running” race company bookmarked, as they hold 16 races (many times two each weekend) from August through December. Their races are very reasonably priced and take place up and down the Southern Californian coast. There are group discounts if you are in town for work or family gatherings, and if you happen to head down there a lot, each 5th race is free. Strollers are allowed in all their races, so there is really no excuse to pass them up.

Get Lit up for Hood to Coast: Some great night gear recommendations from Run Oregon