Start/finish line of the Soles2Souls race.

The temperature outside on Saturday, April 4, as gauged through the halfway opened window in my bathroom, provided no indication either way. I prefer doing without the tights, but my threshold tolerance is right around 40 degrees, especially on an overcast morning like this one. In the end, I went without, but I did double up on top, with a Columbia Sportswear longsleeve as a baselayer, and over that, the custom designed Run Oregon tech shirt.

The Soles2Souls race (for which I had received a comp entry) was located at Greenway Elementary School in Beaverton, basically on the other side of the 217 from Washington Square Mall. Race time was a relatively civilized 9 a.m. My alarm went off at 8, which I had figured would give me time to wash up, get dressed in running gear, have a light breakfast, and make the 16 minute drive in time to arrive 30 minutes or so before the start of the race. I had missed pre-race packet pick-up, so I wanted a little bit of leeway.

Turns out that was a good thing! First of all, knowing that I had an anticipated 30 minute cushion, my mind decided that I could afford one 5 minute snooze session. Second, the drive took a little longer than expected because of dense fog at times. Third, when I neared the school grounds, I could see a line of cars parked on the side of the street. There was enough interest in this race that Greenway’s parking lot was completely full, and cars were spread out in all directions. I drove around the school and adjacent park and found street parking not too far away.

Although Soles2Souls was a low-cost, non-profit fundraiser for the West Hills Christian School track team, it didn’t feel at all like a cheap production. There were sponsor booths, plenty of food, and lots of volunteers. Oh, and the fine folks from Uberthons were providing the timing services!

Sponsor booths at the Soles2Souls race.

A few minutes before 9 a.m., the race director called for 10K racers to assemble before the start line. He offered a short prayer, reminded us that most of the race would be on paved park trails to be shared with non-runners, and then gave us the go ahead to start racing.

We started off on Dowling Path Trail and headed east-southeast for about a quarter of a mile into the heart of Greenway Park, where we turned south on to Fanno Creek Path. The trail was indeed paved and mostly flat, and apart from the congestion at the start, was wide enough and open. After a little more than half a mile on Fanno Creek, we reached Scholls Ferry Road for a short stretch.

The race route was easy to follow. Besides the bicyclist leading the way, there were arrows taped on trail every so often, and plenty of race volunteers directing us.

As we continued on Scholls Ferry, I thought to myself, Hey, I know this area, but not in a good way. Comcast’s customer service center was nearby, a fact that I knew because I got rid of cable last summer and had to drop off the cable boxes in person, which of course meant taking a number and waiting to be called.

Sure enough, we turned on Nimbus Avenue, heading right toward Comcast! No wonder my pace picked up a bit here…. (Okay, there was also the slight downhill grade.)

When Gemini Drive spurred off Nimbus, we followed Gemini. Think of Nimbus as the bottom of an airplane wing, and Gemini as the top, if you want a sense of the race path: 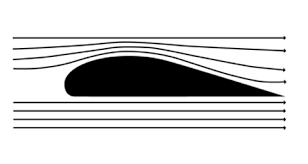 The water/aid station was located at the 1.5 mile mark of the race. It was a cool morning, and while not raining, plenty damp, so I kept going.

For the 10K, we ran straight through and then turned around to the side of the overhead RFID chip readers.

Whenever I run a 10K race that’s 5K x 2, I feel an urge to call it quits after the first 5K. It’s not that I’m gassed or anything (my first 5K was just about 40 seconds faster than the second 5K, so I paced it reasonably well, given that I always go out too fast); it’s just a mental effort to go back and re-run the same course at the same pace.

Mile 5 was, for some reason, particularly tough this time around, and ended up being my worst split. But I picked it up a bit for mile 6 and managed a decent kick to finish the race at #6 overall.

Just a few steps behind me was fellow Run Oregon blogger Annette Vaughn, who was finishing the 5K (which started 15 minutes after the 10K). We exchanged the super-secret Run Oregon greeting (okay, not really, just a half-doubled over, gasping for breath nod). (Speaking of Annette, here’s her recap of the 5K in case you missed it.)

After getting a bottle of water and recovering, I saw my friend and frequent Uberthon racer Eileen Kuffner, relaxing after finishing the 5K. The morning had started off chilly and stayed that way, but she was well-prepared.

My friend and frequent Uberthoner Eileen Kuffner, decked out appropriately after the 5K race.

Not long after, I spotted Ross Crowley, another frequent Uberthons racer, who was chatting with 5K winner Adam DiVerglio. Ross wasn’t wearing a racing bib, though, and it turned out that he just happened to be going on a marathon training run that morning when he came across the race. I stopped to greet him, and then Adam introduced himself to me. The two of them combined to try to talk me into running a marathon (but I feel the same way that Annette Vaughn does about that). Ross went off to continue his training run, while Adam and I ended up talking about running until the announcement of awards. In addition to the overall male and female first, second, and third place winners (open and masters), there was also recognition of male and female first, second, and third place age group winners. The overall winners received a small foam medal each, and age group winners received a colored ribbon.

Review: This was the second time I’ve run the Soles2Souls race (first time at this venue), and it continues to impress me as a well-done local race. The race course was easy to follow, with frequent taped arrows on the ground, and plenty of volunteers at critical points to direct runners. There were a good number of door prizes awarded by random draw, and it was nice that the winning bib numbers were selected during the race, so that you could head over whenever you were done to see if you had won something. The awards announcement came after the kids’ race, which was at 11 a.m., and by then, the chilly morning had driven most people away, which was unfortunate. I think deciding when to announce awards is tough for race organizers, because there’s probably a desire to make sure as many people as possible can be there, which means waiting until everyone (or nearly everyone) has finished, but that also means that many people may have left. I think it would have been better in this instance to have held the awards ceremony earlier, say around 10;15, which would have been enough time for just about all of the 5K runners to be there, and 3/4 of the 10K runners (judging by the final results). Overall, however, I have nothing but praise for this race.

Fast Guy Problems: The rocky road to Eugene in 2015