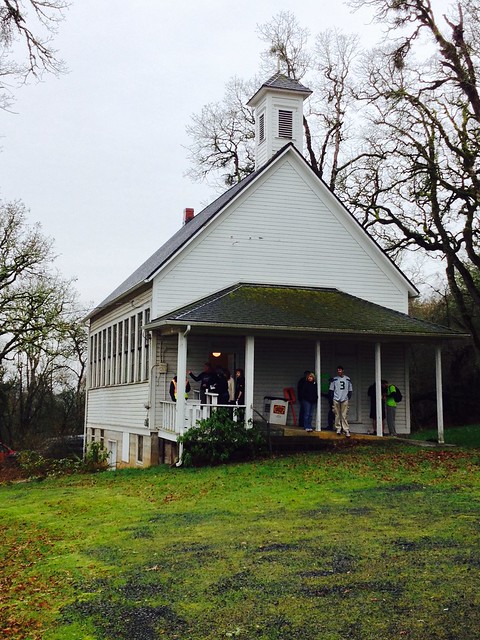 The 2015 Zena Road Runs were back for their 47th annual run on Sunday, February 2. And what was gearing up to be a miserably rainy day, eventually turned in to prime racing weather. This race, if you haven't been to it before, is once again put on by the Willamette Valley Road Runners at the historic Spring Valley Community Center. The event is pretty low-key, and sees about 275 runners compete in one of three distances - either a 3 & 6-mile out-and-backs, or a 15k loop. The race takes place in faaaaaar West Salem - up in the rolling winery-filled hills away from civilization as a whole. It is truly a great rural race where roads are abundant and traffic is negligible. To start, all races head out at the same time, with the shorter distances heading south and the 15k runners tackling a 550 foot climb right off the bat. It is truly a lesson in pacing and a great training spot for upcoming races like the Three Capes Relay or even the Shamrock 15k/half hill.

Like I mentioned earlier, this year’s weather (as well as 2014) turned out to be great running days. The hard and steady rain that had been falling for hours, finally let up about 15 minutes into the run and stayed away. You just never know what you are going to get when running in February in Oregon, but luck has been on our side for a couple of years now. 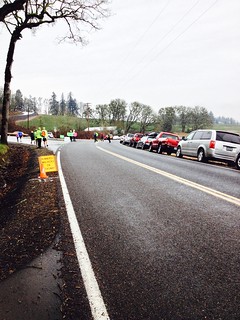 Having ran the shorter distances before, the rolling hills really offer some technical pacing of their own, as it’s easy to lay hard into the downhills without realizing some of the inclines that come as a result. The 15k is a race that breaks you down, builds you up, and then pushes you mentally. I say this because I almost feel that this 9 mile loop is actually three different 5k’s. The first 3 miles are a definite challenge, as it’s easy to cruise up the first hill, only to realize that the climb continues beyond your field of vision. The pavement gives way to gravel shortly, making a good incline that much more challenging. The middle three miles are a relief after the previous climb, with the pavement coming back into play, and long downhill stretches that make you feel alive and FAST. The final 3 miles are the rolling hills that the shorter distances navigated and feel, at least to me, even more challenging after the long downhill section.

This is a race that was highlighted in Teresa’s “Budget Friendly Races” post, and it is generally $15 pre-registration and no more than $25 each year (not including a shirt). If you can hold off 365 days or so, you can get the previous year’s shirt for a bargain.

Overall, this is a race that is a staple in the running community. Super Bowl Sunday is generally a quiet day for races, but this race does it right with it’s start time (11am), simple courses, and nice local post-race faire (organic fruit and veggies from a local farm, protein bars from McMinnville, and coffee from Salem). It’s a great way to feel OK about parking your butt on the couch for the evening and eating pizza, wings, and beer for a while. Stay tuned for the 2016 event and register for cheap!