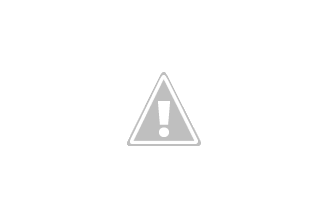 Seriously, the week leading up to the Fourth of July was like hearing the Miley Cyrus “Wrecking Ball” playing over, and over, and over again in my head. The week was pure bonkers. Without going into an episode of “Dr. Phil” staring yours-truly, let’s just say Thursday July 3 at 6 p.m., when I got on the road from Eugene to drive to Portland to my hotel to sleep prior to the Foot Traffic Flat Half Marathon, I was doubting the sanity of everything. Literally, because I realized I had forgotten my inhaler (I am one of those asthmatic runners that people look at strangely when I am puffing my inhaler before a race), forgot my Garmin GPS watch, and forgot my hand held water bottle. Genius!

Thankfully, the Foot Traffic Flat offered same day packet pick-up. This is quite the “must have” for me when I am not racing in Eugene. It was advertised this would take place from 5:30 a.m. to 6 a.m. Factoring this in, and the boisterous warnings from Foot Traffic in all communication about the race informing participants of the  cuckoo traffic and parking that was a high probability to experience, I set the alarm for 3:45 a.m. This would get me on the road at 4:45 a.m. to take, head-on, the potential of nutty pre-race logistics that might await me.

Arriving at the St. Johns bridge, I was right on schedule. Quickly, I made it down to the Sauvie Island bridge, and make it across with zero traffic issues. Hooray! I found the Pumpkin Patch, where the race was starting and finishing from, without issue. Parking was super simple and easy, with a huge staff of volunteers assisting with parking and traffic logistics. Whew. My fear of leaving at 4:45 a.m. and not making it to the 5:30 a.m. packet pick-up were quashed in a very nice way. I was parked and heading toward packet pick-up at 5:15 a.m., and guess what?! It was already open and friendly volunteers were helping us get our packets (bib + timing chip attached) and race shirts. The race shirts were fantastic, I was super pleased (and I heard other racers discussing their enjoyment of the shirts!).

Now I had about an hour and a half to wait until the race started. I am super glad that there was plenty to do to keep me occupied to pass the time. The Pumpkin Patch had a coffee stand open so spectators and racers could get their cuppa joe prior to the race, and even a food area was open serving breakfast. It certainly was a nice surprise to see! This should certainly be advertised in future race communications, so racers and spectators alike are aware of this. Also, the barn was open, so we could check out the rooster (Vegas, he was quite the character), lambs, alpacas, peacocks, bunnies, goats, and a number of other animals. This was super unique and fun. Can you guess what the hour and a half wait between packet pick-up and the 6:50 a.m. half marathon race start time was? Unfortunately, it was the porta-pottie line. Yep, you read that  right. I only waited about 45 minutes, but others were waiting over an hour to get into the turquoise colored box.  The line was unspeakably long, and so many people were asking “are you seriously in line for the porta-pottie?” Yes. Yes we are. 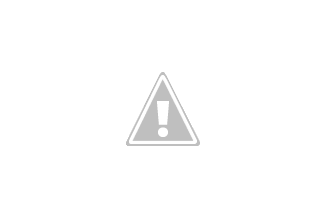 After having made it through the line, I was 6:45 a.m., and only 5 minutes to the start of the half marathon. It would have been nice to have race announcements occurring, that you could hear from the batty-long-lines, as I knew the marathon started at 6:30 a.m., the 5k at 6:40 a.m., and the half at 6:50 a.m., but some people didn’t have watches, others were racing in different distances and couldn’t hear if they were to report to the starting lines, and the like. When I lined up at 6:45 a.m., I had not heard anything about the marathon or the 5k taking off, so I didn’t know who was lining up and what distance was taking off. A lot of other racers were expressing similar concern. Additionally, it would be super helpful to have pace markers set-up – the front of the start line was packed with walkers, and super fast runners (no, I am not one of them – I wish!) were trampling walkers and middle-speed runners because of the lack of coordination at the start. The start line was pretty wacky.

Until we reached the second aid station, at about the 4-ish mile mark, it was pretty packed with racers, with not too much space between each runner. I nipped elbows with a couple of people just because of the jockeying for position that was still occurring – fast folks coming up and overtaking walkers and slower runners. I bet this had to do with people still stuck in the porta-pottie lines, too, and not crossing the start line until 20+ minutes after the official 6:50 a.m. start of the half.

There was an out-and-back section, which I always enjoy, as I can see costumes and who else is running the race, both faster and slower. It was such a treat to see Maryalicia all decked out (she always represents at races – it’s so awesome) in her Fourth outfit.

The course was indeed flat – albeit there were three “hills” that were not an issue, but some complaining could be heard from fellow racers who expected the race to be “flat, flat, flat.” I never expect a race to be flat, even if it is billed as such, because we live in the northwest, and hills/bumps are a factor of living here.

A huge shout-out to the aid-station volunteers. They were friendly, fully stocked with water and electrolyte, and some of the stations had energy gel available. The aid stations were a shining example of how they should be for all races — friendly volunteers, fully stocked with fluids, and occurred about every two miles. I did hear feedback that simple first aid was not available on the course, and that was a big disappointment for a couple of folks due to minor issues that became larger issues by the finish line due to no first aid being available during the race on the course.

A huge shout-out (yes, another one!) to the Team Red Lizards for having an aid station with music close to the finish line. It was very, very much appreciated by all. Also, to the nice gentleman who was handing out licorice to racers at about mile 11. What pure awesomeness – thank you!

Even though the race started early, it sure was getting hot nearing the finish line. I was thrilled to see the final curve leading back into the Pumpkin Patch where the finish line was, as I was very overheated and nearly shivering, feeling freezing cold, due to the heat (I was fine). Crossing the finish line and getting my HUGE finisher medal, I hit up the water station as fast as I could, and was doing great in about 5 minutes. Water bottles at the finish line would have been nice, in lieu of the individual paper cups, as a lot of us were going through the little cups like they were going out of style. I felt guilty tossing them in the trash so quickly, seeing the landfill overfilling with little paper cups before my eyes. Not really, but still, I felt guilty using so many cups!

I, and others, really appreciated the pools of cold water to soak in. There was shade to chill out in, too, which was excellent. The line for the hot dogs and veggie dogs was like a repeat of the porta-pottie lines, so I decided quickly not to join that line. the strawberry shortcake for finishers had a short line, so I treated myself to that instead, and it was delish. Also, the Pumpkin Patch ‘farmers market’ was open and was super cool. The amount of fresh berry and vegetable, among other items, available on Sauvie Island is impressive. I will go back to check out all the farms and items available! 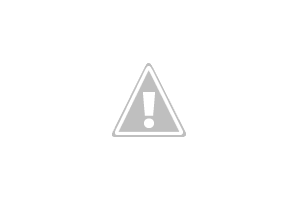 Here is the 4-1-1 on my experience of the July 4 Foot Traffic Flat half marathon:

Pros: Super easy and fast parking, no traffic back ups, fast packet pick-up, excellent tech shirt, coffee stand and food stand available for spectators and racers to purchase items prior to and after the race, huge finish medal and seeing Maryalicia on the course and again at the finish line.

Cons: Excessively long lines at porta-pottie prior to race, lack of race announcements while waiting in the porta-pottie lines, no pace start ques for racers to know where to line up, no basic first aid on the course, crazy lines for post-race hotdogs if you wanted one.

Check out all the race results below via the links – there were so many speedy, speedy racers out there!

Running and Wining at the 2022 Wine Country Trail Runs

Mini-Race Preview: Stagecoach Run in Jacksonville, OR on October 18

Preview: Paws in the Grove Doggie Dash (for two- and four-legged runners)