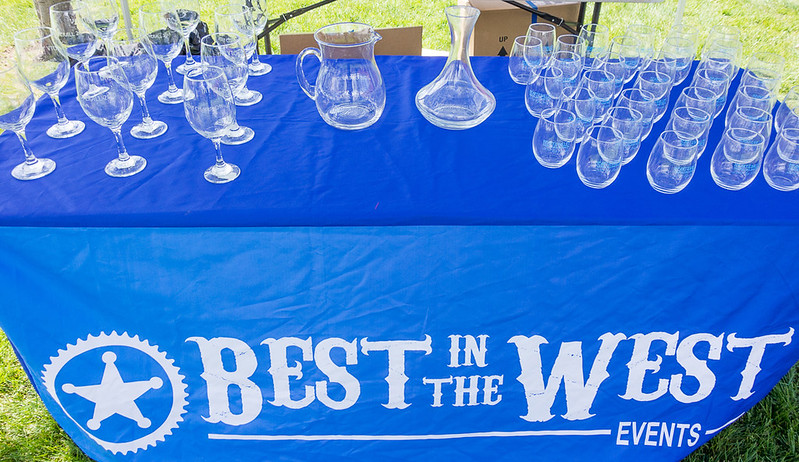 The Heart of the Valley Triathlon in Corvallis  is such a great season opener for those new to triathlon and triathletes wishing to get a jumpstart on the season. I was able to compete last year and while I felt more prepared at the 2017 event, this years event was a great way to gauge training for the 2018 season.

Heart of the Valley Triathlon and Duathlon is a well run and organized event. The event began with the kids race. Kids age 9 and under competed in a short course and kids 10+ competed in the long course unless indicated differently during registration. The short course was 1 lap and the long course completed 2 laps in the swim, bike and run. Immediately following the race, 1st-3rd place medals were awarded to age groups in 2 year increments for both the short and long course.

This year the weather called for rain, but it was sunny and warm and could not have been a more beautiful day for an event. I arrived about an hour early, to pick up my packet. There was plenty of parking at and around the Osborn Aquatic Center, where the triathlon began. Race directors, Staci and Blair along with their volunteers were well organized, so packet pick-up was a breeze. The race shirts for this 30th annual event were a beautiful black. 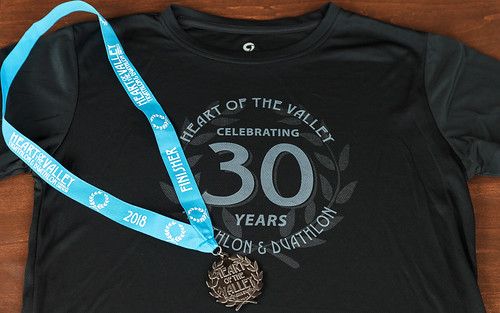 The start time for the first event was 12:30 p.m. It was nice being able to sleep in on race day and I liked that the late start allowed plenty of travel time to Corvallis on the morning of the event. Before the race I watched, race director, Staci’s youtube video for first time triathletes. I recommend it to all who are new to the sport, it is packed full of great information. You can find it here.

This event draws competitors of all ages and it was great to see such a wide age range represented. I met a few triathletes who were competing for their very first time. Heart of the Valley is a great course for first time Triathletes since the swim begins in the pool, the bike course is along country roads, and the run is a flat, fast two loops through the neighborhoods of Central Corvallis.

The bike course included a bit of everything, some good hill work with flat sections, and with the beautiful weather, several people who lived in the community came outside to cheer us on. There was a water station for the run, placed at the perfect location. Athletes had three opportunities to hydrate during the run, once while coming in, once while starting the second loop and then again at the end. They offered Hammer gel, water and Heed sports drink, which was perfect with the unexpected warmer weather.

The run was flat and quick to the finish line where they awarded beautiful finisher medals. The finishers celebrated in the expo area. The expo included music, food and beverages from Block 15 beer and 2Towns Cider. It wasn’t crowded, which was nice, and they offered baked potatoes, fruit and a variety of drinks and refreshments.

Overall, I was happy with my first triathlon of the season. The weather was beautiful, and the course was scenic, quick and fun! The Heart of the Valley Triathlon is a great way to start the season and perfect for those new to triathlons.