Kegs & Legs Beer of the Week: MegaMint from Heathen Brewing

I love beer and cider. After now having visited over 375 different breweries and cideries, it’s fair to say I have sampled a lot (follow me on Untappd). From post-race pints and run club meeting locations, to beer miles and relays, running and the kegged nectar seem to go hand-in-hand in Oregon. Our Kegs and Legs feature is where beer drinking runners like me can go to find some new favorite beverages.

I remember when Vancouver used to be this little town across the river that attached themselves to Portland without really even being in the same state. However, this town has had a major growth spurt, and with that has a crazy good brewery and beer scene with over a dozen different spots. Heathen Brewing is one of the locations and has a prime spot at their Feral Public House near the heart of downtown Vancouver. The Feral House is quite close to some of Vancouver’s best running areas – Officer’s Row and Fort Vancouver, and also just a stone’s throw away from the Waterfront Resainnance Trail and it’s 5-mile paved option.

Their spot also provides food and has a robust taplist of their own beers, as well as rotating options from other local breweries and cideries. Kids are allowed (and receive free Heathen Root Beer), and their sweet gathering space will host runners at the Oregon Brewery Running Series event on May 5th.

I don’t know about you, but girl scout cookie season is both my favorite and least favorite time of the year. MegaMint is one of their seasonal offerings and seeks to bring a little “Thin Mint” cookie into the beer world in this minty and chocolately imperial milk stout. It is not for the faint of heart, as it packs an ABV punch to go along with the taste. It’s a bit boozy, but I still liked the taste overall. Heathen actually added fresh mint to the recipe to give it a blast of freshness to the beer. It’s not as sweet as some milk stouts, but the milk sugar does hold off the bitterness and roastiness some (though there is still quite a bit of roast). I think it’s a sipping beer – something to nurse on cold evenings without feeling quite as guilty as polishing off an entire box (or two) of the cookies. 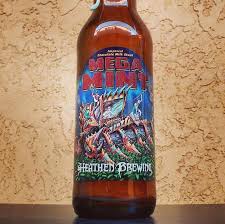 Kegs & Legs Beers of the Week: Right as Rain Pale Ale & Nobody Puts Hazy in a Corner from StormBreaker Brewing

Spring Snow, Mud, and Fun at the 2018 Vortex Trail Run

We have been rocking the new v2 Performance Trucke

Out and about on the #oregoncoast. 📸 by @run_

It may not be Oregon, but our time in the #highsie

The #oregoncoast calls and here we come. 📸 by

Singletrack in the Cascades. 📸 by @run_oregon

Break me off a little something something. 📸

The mountains are calling and I must go. 🔵FOL

We recently tried out a few new pairs of @godspeed

More than just a place on a map, it’s a state of