If you read my race preview and recap of the Backcountry Wilderness Half Marathon this past November, you obviously know that I was (obviously) thoroughly impressed with my runcation to Colorado to tackle the race with my brother and sister-in-law. Just as a reminder, here’s a little part of my recap:

The Douglas County East/West trail and the pristine Highlands Ranch Community Association’s Backcountry Wilderness Area trails are truly amazing. It’s an awesome and trippy set up, with suburban homes all around…and then a giant swath of open, undeveloped land with dozens of miles of trails. It’s almost like reaching the end of civilization and venturing out into the great unknown.

There were some areas where I gazed at the desert hills above, and got a pit in my stomach, when I could see runners running back-and-forth all along the sides. While this part was definitely difficult, it was also super fun. It seemed like we were in the middle of nowhere, with tumbleweed, dead trees, and signs to look out for rattlesnakes, yet I knew were just a few miles from the suburban neighborhoods and the finish. The summit at Highlands Point was also awesome, as you could see the entire expanse Colorado – from downtown Denver to the Rocky Mountains and beyond. 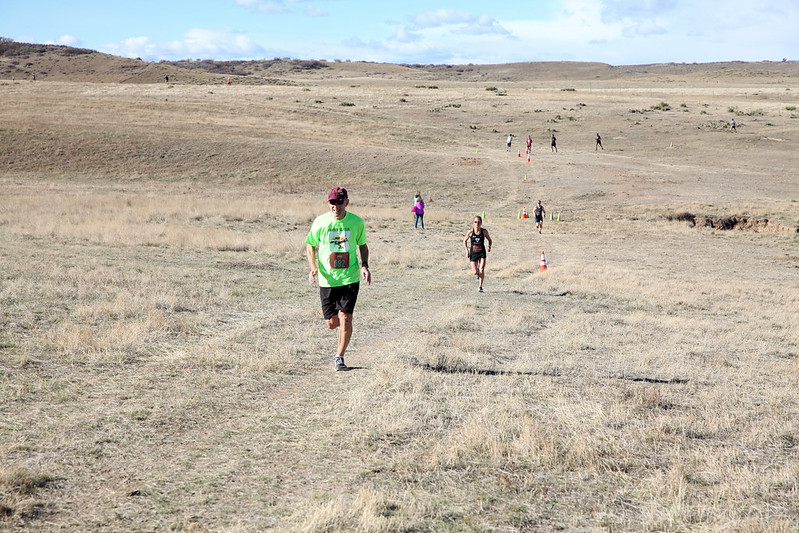 While this was an amazing event and experience, the Highlands Ranch Community Association, or HRCA, has their own racing series with races of all distances (including mountain biking) from March to November:

If you are looking to get out of Oregon for a runcation, consider heading over to the Rockies. Like Oregon, there are a ton of races in Colorado, but HRCA is a great place to start. The town of Highlands Ranch is on the very south of Denver suburbs and is a really nice and new area. There are a few direct flights from PDX to Denver, and you can easily take their Light Rail from the airport to the final stop on the R-line.

Follow them on Facebook to stay in the loop for when you just need to get out of the PNW!