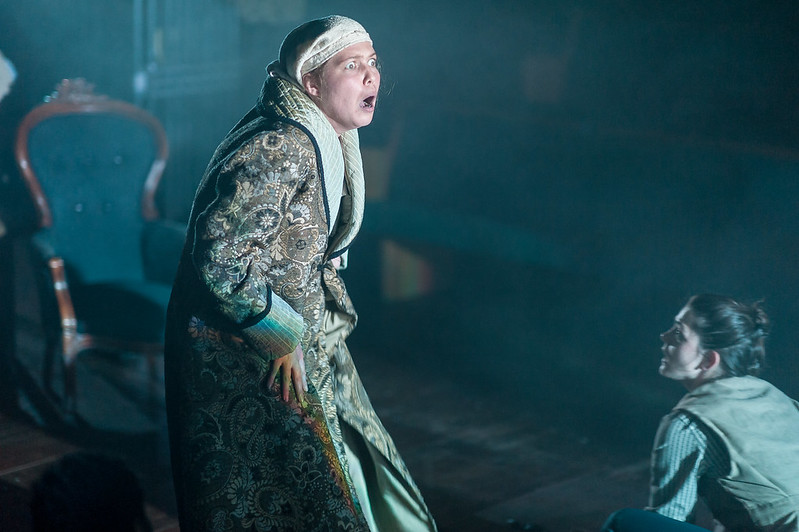 Run Oregon loves running - that's no surprise. But we also love the Pacific Northwest and all that it has to offer. Running is a part of us, but it does not fully define us. In our new "Make a Day of It" feature, we aim to showcase some great local non-running events and highlight where to run and how to make the most of your experience!

The next installment of this series is A Christmas Carol at Portland Playhouse!

Back in December 2015, we were just dabbing our toes into the water with our now expanded "Make a Day of It" series. One of the first experiences we attended and wrote about was Portland Playhouses A Christmas Carol. Since that time, our series has grown and we attended another show at the playhouse as well (Peter and the Starcatcher). If you haven't taken in a show there, we highly recommend it. And now is as good a time as any to attend, as their version of the classic Christmas story is fantastic.

We definitely love and appreciate the arts, but we are admittedly not theater critics. Therefore we will rely on professionals of this matter, like Oregon Arts Watch. They said:

In its fourth year, this tradition for Portland Playhouse comes off as second nature: all the hard behind-the-scenes work appears effortless. A Christmas Carol has seen many incarnations, often with edges that are too polished and Baroque. Portland Playhouse is careful with this play, and gets straight to the message.

I felt that  year’s event was great – thanks in large part to Drew Harper, an amazing Ebenezer Scrooge. After three years in this role, there is a change at the helm with Jen Rowe taking over as the old curmudgeon. She has been in the cast for 3 years and is no stranger to the Portland Playhouse.

Like last year, Portland Playhouse has allowed Run Oregon to attend this year, and we couldn’t be more excited. Last year’s show was mesmerizing, memorable, and just straight up awesome. We highly recommend checking out their Playbill for much more detail, but a quote from a Q&A with Jen really put things into perspective, especially with the happenings of this past year:

I think that speaks to the exact heart of what this story is about— we can all shift, and we should all shift into each other’s humanity as much as we possibly can for better understanding of how we should treat each other in this world…

As for the running portion of this post, we will harken back to last year’s recommendations:

The Portland Playhouse is located in the Alberta District of Portland, just east of MLK on Prescott (I highly recommend you read the story of how the Playhouse came to be). Matt, Joe and Robin have run one of the area’s main local races, the MLK Dream Run, which features an amazingly local and unique route through some classic areas.

Unfortunately, running these streets without course monitors can certainly prove a challenge, though it’s not impossible. There are a few parks you can work your way through to avoid solely running on city streets, such as Alberta Park to the NE, Irving City Park to the South, and Wilshire Park to the East. Shoot, you can add in Woodlawn City Park to the North and King Park a block away and have a sweet little 5 park, 6.5 mile loop (check out my Google Map here)!

The Alberta Arts District has so many great local stores, shops, restaurants, and bars, that it’s impossible to nail down the options too much. Being a brewery guy, I’d say you can hit up a variety of sweet breweries in the area.

In addition to the Christmas Carol, there are two more performances remaining this year: Pen/Man/Ship and The Language Archive.