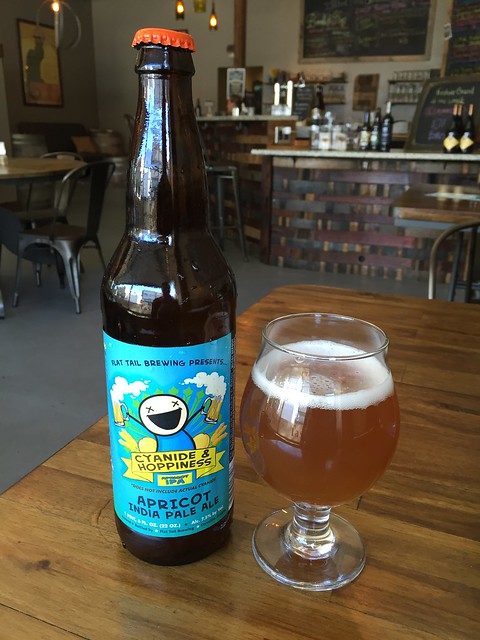 I love beer. After now having visited over 230 different breweries, it's fair to say I have sampled a lot of beer (follow me on Untappd). However, I am definitely not a beer cicerone. I just swig, sample, and move on. As a result of my simple tasting abilities, we are partnering with Barrel & Keg, Salem’s great beer and wine bottle shop / taproom (home to Salem’s first and only food cart pod), and their beer guru Kelsey (who goes by Kelso). She will be providing some more technical feedback on the beer of the week. From post-race pints and run club meeting locations, to beer miles and relays, running and the kegged nectar seem to go hand-in-hand in Oregon. We want to highlight a new beer each week that arrives to the B&K shelves (and may be able to be located in your local shop). Cheers! 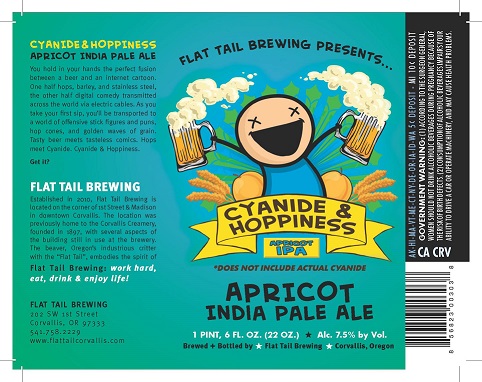 Our annual Comicon special, and collaboration with web comic Cyanide and Happiness.  This Apricot IPA pours a bright orangey pale, with a huge nose of Mosaic and Simcoe Hops, and solid apricot mid palate.  Brewed with over eight pounds per barrel of Apricots.

As a beer drinker, I’m an IPA guy first and foremost. After college (a time when I viewed Miller High Life as the best drink in the world – barf), was when I first discovered the world of craft beer, and I never thought I would be able to get into the bitterness that India Pale Ales provided. Over time, my palate has grown up a little bit, and I now find that IPA’s are truly refreshing.

But with the popularity of this style, especially here in the Pacific Northwest where every brewery has to have a house IPA, I sometimes find that many of them tend to be just “fine”. The majority are decent – even good – but sometimes they all just tend to blend together. I have gotten to the point that I am less impressed, as a whole, by this style and it’s truly evident and exciting when I find a standout that delivers something more than a mouthful of bitter. It shouldn’t just be a contest of how many hops can be thrown in to the boil.

Much like the extremely popular comic that Cyanide and Hoppiness gets its name from, it adds a little simple character (apricot) to the mix and delivers a unique result to the table. I didn’t find the apricot too overpowering, though it’s clearly evident (there are over 8 pounds of apricots per barrel). It’s got a little late-summer feel to it – crisp and lightly fruity – but at 7.5% ABV, still packs a little bit of a kick.

I love fruit in anything: wine, yogurt, centerpieces… so it’s no surprise fruity IPAs pick me up from the bus stop at salivation station. Brewers often leave room for the fruit to whimisically frolic on your pallette by taking a somewhat baseline IPA and adding a certain brightness with tropical citrusy flavors.

The apricot flavor of this beer, which came in the form of puree added to the secondary tank, appears vibrant and alluring upon inhaling the esters that the frothy white head provided, I was essentially smacked in the face by their salutations. For me, the experience of eating an apricot was more prominent than the apricot flavors themselves. Upon first sip, you’re taken on a bitter wave as your flesh your way through simcoe and mosaic hops to a sweet pool of grain where you’re met with a tart, crisp finish, much like when I eat a fresh apricot. Flat Tail did a killer job doing what they do best, having fun with it, and their irreverent take on an apricot IPA, while not terribly inventive, takes you on a ride, man.

Barrel & Keg is currently the only taproom & bottle shop in the Salem-area carrying this, and at only $5.99/22 oz. bottle, it’s a steal. They will even chill it for you if you wanna hang out for a bit.