The holiday season is about so many things, including family, friends, and eggnog (which I like way more than PSL). And sometimes you need a race to help you get right into that spirit.

I’m going to use a scene from I’ll be Home for Christmas to help set the scene for this particular race.

Now it can be your turn to try out a 5K decked out in a Santa suit. That’s right, all participants in the Runaway Santa Run receive a 5-piece Santa suit and a Holiday Finisher Medal. Plus, they have an ugly holiday sweater available for purchase.

Bringing along some little elves? They can become Santa too by participating in the Kids ½ Mile (or pay a little less and just stick to being kids). Then you can all snuggle up for the Downtown Albany Parade, with the Albany Trolley, a horse-drawn wagon, community groups, school teams, business members, and even one more Santa on Albany’s Antique Fire Truck.

Hundreds of Santa will run through Downtown Albany on Sunday, December 1 in support of the ABC House. Proceeds go toward a truly worthy local cause: helping children, youth, and families overcome the crisis of abuse and neglect.

Kick off the Holiday Season by running with hundreds of Santa Clad Runners in Downtown Albany to support the ABC House. 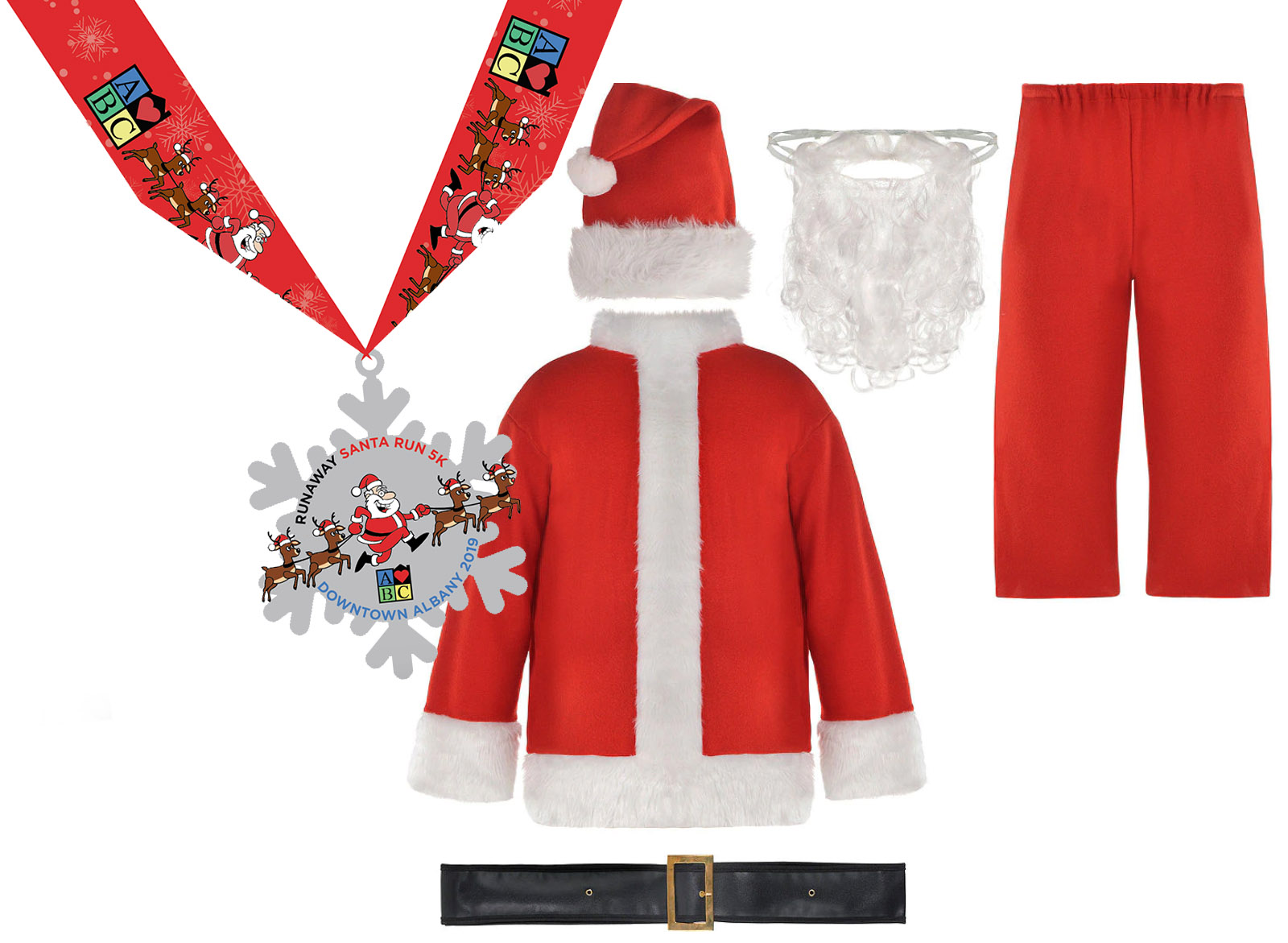