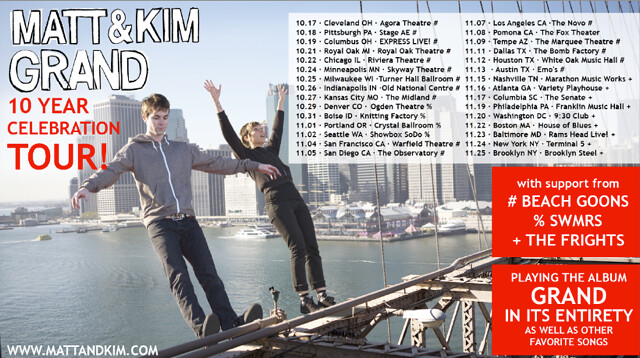 Run Oregon loves running – that’s no surprise. But we also love the Pacific Northwest and all that it has to offer. Running is a part of us, but it does not fully define us. In our new “Make a Day of It” feature, we aim to showcase some great local non-running events and highlight where to run and how to make the most of your experience! The next installment is this Fall’s amazing 10-Year Celebration Tour with Matt & Kim.

I love Matt and Kim. I may not have been “there” since the very beginning, but their 2010 Sidewalks album really shook up my music ears and became one of my first forays into indie dance music. The songs Block After Block and Cameras are quite possibly in the top 20 dance songs of all time for me. They just have such a pure sound that fits great with running.

And maybe there is something to their sound fitting in with a running cadence. Kim was actually a track and cross country star in her high school days (she won the Rhode Island State Cross Country Championships in ’94 and has a PB on the indoor mile at 5:13), before heading to Penn State on a running scholarship.

She’s still an incredible athlete – and anyone who attends their live shows can attest to this. She just gives it her all every night! I mean…

She’s such a warrior that she is actually currently rehabbing from two torn ACL’s, one of which she got during performance (yes, during a show!) this summer in Omaha.

This tour is going to be incredible as they will be playing their album GRAND in full (another fantastic set of songs), that includes the super popular  “Daylight” and “Lessons Learned” – plus back catalog fan favorites (fingers crossed for Sidewalks songs!). GRAND is the album that totally changed both band member’s lives, and their explosive live shows are sure to make this a crazy memorable show. 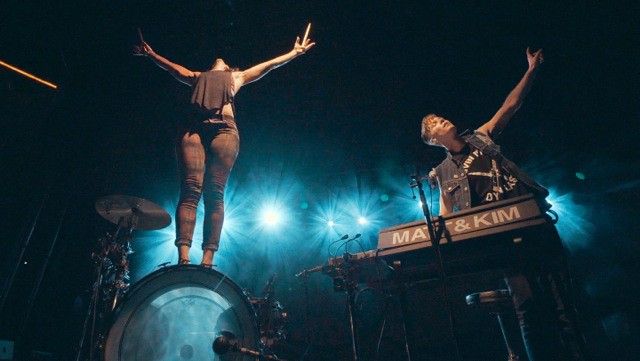 Don’t miss out on this. Seriously.

Listen to The Matt and Kim Podcast: https://linktr.ee/themattandkimpodcast