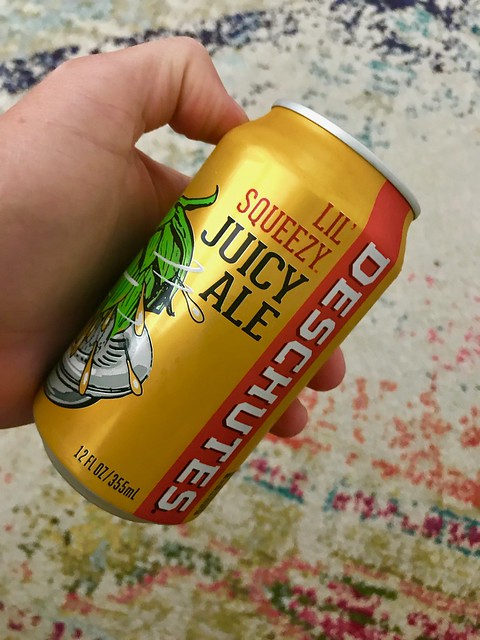 I love beer. After now having visited over 510 different breweries, it’s fair to say I have sampled a lot of beer (follow me on Untappd). From post-race pints and run club meeting locations, to beer miles and relays, running and the kegged nectar seem to go hand-in-hand in Oregon. Our Kegs and Legs feature is where beer drinking runners like me can go to find some new favorite beverages.

I love myself some gluten.

Well, I guess not exactly, but I am fortunate enough not to have a dietary issue that causes me to need to change my diet. I do have family members who have had to swtich to gluten-free foods due to their internal needs however, and Deschutes new Lil’ Squeezy Juicy Ale is an option for both of us!

This pale ale takes into account those with gluten sensitivities. From their Quality Systems Manager:

“Most Deschutes Brewery beers range from 50 to 150 parts per million gluten. Lil/ Squeezy is crafted to redue the gluten content to be less than 20ppm, with an enzyme that breaks down the gluten protenins found in in beer.”

It has taken over a year for this beer to be perfected and it really fits in quite nicely. It has a hop-forward smell, yet remains pretty light on the bitterness scale. Straight pale ales aren’t usually my favorite style, but this is definitely crushable in the summer (and beyond) and is quite refreshing. I definitely recommend staying on the lookout for this one right about now!