One of the relays that has become a family staple in the past few years is the River 2 Ridge Relay, now entering it’s third year. This race is a both a unique take on a relay AND a unique take on a triathlon, as it involves river navigation (via kayak, SUP, or other means), cycling, and running. Participants will head north on the Willamette River, take bikes out amongst fertile farmland, and then get the crown jewel of running behind waterfalls at Silver Creek Falls.

There are a few minor changes this year – the most significant of which being moving the date of the event from the fall to the spring . The 2019 event will take place on Sunday, May 5th. I am wondering if this is scheduling thing or weather issue, as I know that the previous two years have seen some pretty stormy, wet, and windy race days. The other change is also pretty big, but still awesome. Added to this relay is the new Run 4 Silver, a 10k race at Silver Falls State Park that features a loop around the Trail of Ten Falls and behind multiple waterfalls. This thing is sure to fill up, so don’t delay. 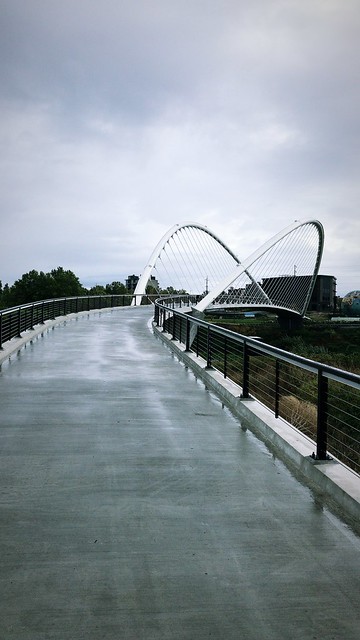 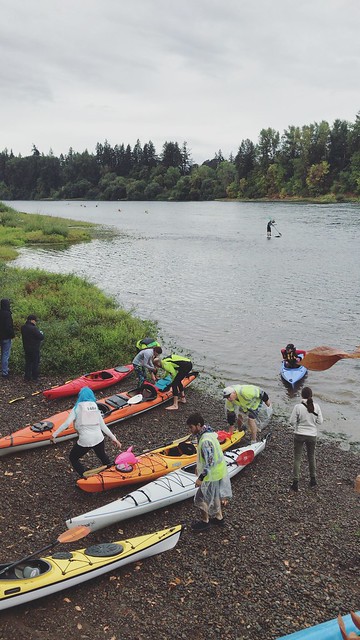 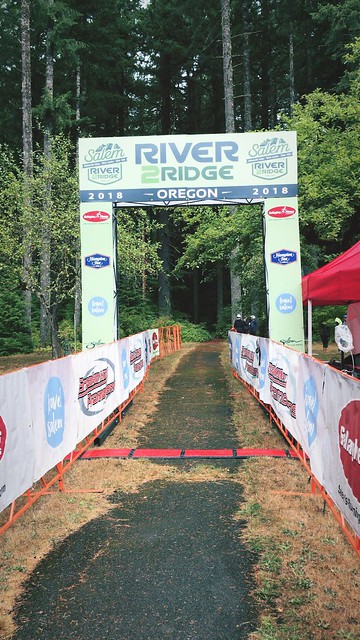 Here’s a little recap of the running portion of the 2018 event, which will also be the Run 4 Silver course:

Even though I have race the trails at Silver Falls numerous times, it really never gets old. There is just something magical about the serenity of the area and the backdrop. I mean, when does running behind waterfalls ever get old. Given that we were near the top of the leaderboard, there wasn’t a whole lot of interaction with other racers. I ended up passing two participants along the way – one in the first 2 miles and the other after the climb out of the valley near mile 5. The rest of the time was lonely and allowed me to get a little out of racing mode and slip into peaceful running mind frame.

And yeah – that climb. It wasn’t super long, all things considered, but after 4.5 miles of running mostly downhill, any uphill was gonna be a challenge. There was definitely walking going on, for me at least.

After the race, we missed most of the rain and got to refuel with a pretty solid full-meal spread, as well as with a surprisingly solid bottle beer selection. A fantastic live band from Portland was killing it, and the vibe was very positive.

If you are wanting to tackle the full course by yourself, or want to toss together a team, make sure you check out the details on each leg here. And after the race, stick around and relax with live music, beer, and food from a local food cart. Last year, we were pleasantly surprised by their beer selection and solid full-meal spread.

Shuttle Times back to Riverfront Park (you and your bike) 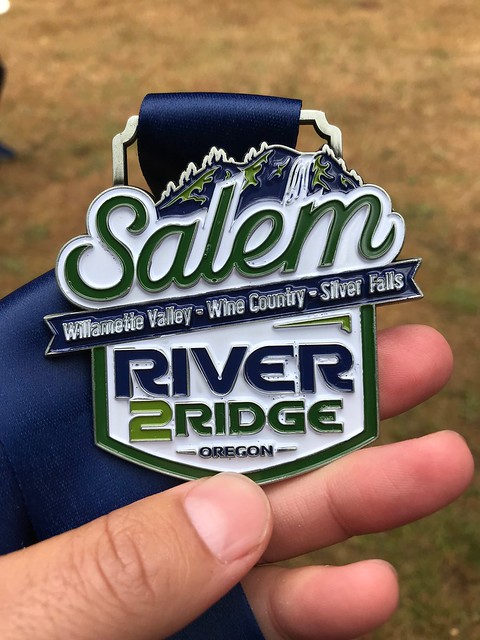