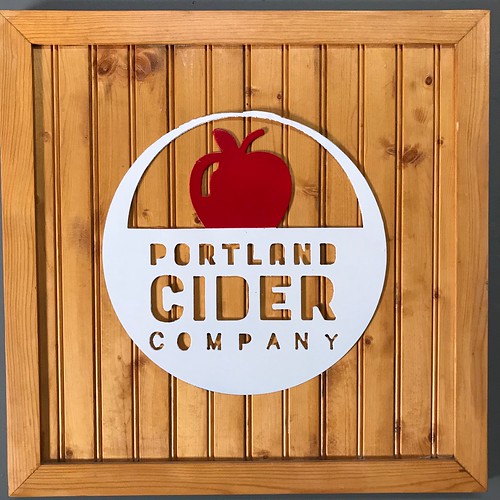 For someone who drinks as much craft beer and cider as I do, you would think I would have already experienced the 2017 version of the Oregon Brewery Running Series. For a variety of reasons, namely living in Salem and having three young kids, it just wasn’t in the cards last year. But 2018 is a new year and I cleared my schedule to the first event of the year, the Portland Cider Company 5k.

Now I am no stranger to the PCC locations and their ciders (check out our three Kegs & Legs features already), but was thrilled to come with a different goal in mind – running a 5k. I am not a super competitive runner by nature, but there was some extra incentive as anyone who beat the brewery owner Jeff received another free cider on the house!

I would have felt mildly more confident had I not been in charge of kids this weekend while my wife is out-of-town. I dropped my 6-year-old off at my in-laws and, being the good son-in-law that I am, kept the baby with me. I have raced with all of my kids in the stroller at some point in their lives – and this was the trial run with child #3.  She generally really loves the stroller and going for walks, but running for 3+ miles is a little bit of a different animal. 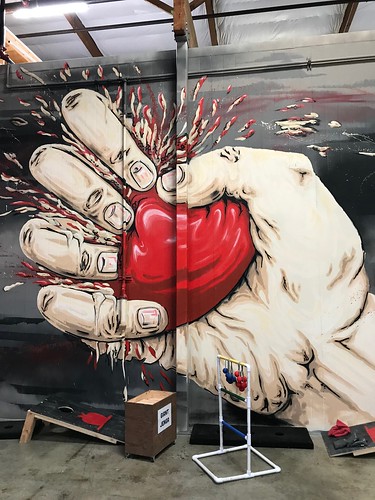 The set-up inside the brewery was exciting, even at 10am. There was a table for bib pick-up and a few other tables to decorate your own bib (since it’s untimed, there are no numbers on the bibs). There were a few non-profit “vendors” on site, who actually gave away extra raffle entries to those runners who went over and talked to them. There was a secondary room with a lot of space for spreading and hanging out, and I took the time in this area to let my daughter get all of her last little wiggles out.

We were given some instructions (follow the red arrows!) and Jeff made his appearance with his famed shirt saying “Cider is on Me” on the front, and “Cider is on You” on the back. After a quick dynamic stretch and some group race photos we were quickly led out of cidery and onto the streets. I stuck behind Jeff for only a little bit, as the amazing running temperatures had me feeling solid. And not knowing if or when my daughter would lose her patience, it had me thinking “run fast”!

For a race in metro Clackamas, I was surprised exactly how great the running route is. The entire way featured sidewalks, decent sized bike lanes, or paved trails, leaving me to feel quite safe. Our first turn was out of the warehouse area and onto 82nd Avenue for a quick jaunt. The first (of only two) “major” road crossings occurred as we entered the paved I-205 Multi Use Path, but traffic was stopped via crosswalk lights so there wasn’t really even a need to lose pace. Being a Salem-ite, I wasn’t even all that familiar with this trail, but am excited to utilize it more during my trips to the big city. 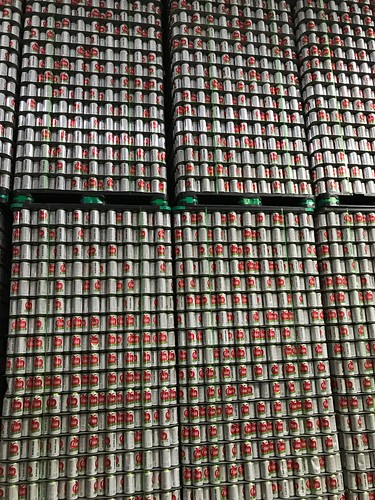 The course remained pretty straightforward on relatively quiet streets, even at 11am. There was a quick out-and-back section before completing the loop back to the start. The main challenge was the short but decent-sized climb up SE Tolbert St, an incline not all that major, but felt even more so considering my surprisingly quick pace and pushing quite a few pounds at the same time. All-in-all, I felt I attacked it pretty good and made the unsupervised jaunt across 82nd before finishing in 3rd place back at the cidery.

Thanks to beating Jeff, I was happy to collect my second free cider and I spent them on my favorite seasonal of theirs – Concord Grape. Seriously, it’s the most delicious drink ever. There was live music playing, Kind Bars were giving samples, and there were food specials in the kitchen. Each runner also got to take home a complimentary gift as well. Items ranged from loaves of Franz bread and bagels, to OBS headbands, to koozies and coasters. I opted for a sweet maroon coffee mug with the OBS logo on it.

Though this was my first OBS event, it definitely won’t be my last. In fact, with as well as my daughter did, I am already planning my next one! The 11am start time is amazing and, even though these was an untimed fun-run, it had a fun and happy energy to it – largely due to the work done by the RD’s. I had such a great time – which isn’t something I can and will say about untimed races.

You can (and should) still register for next weekend’s event at the Stickmen Brewing Beer Hall in Tualatin! 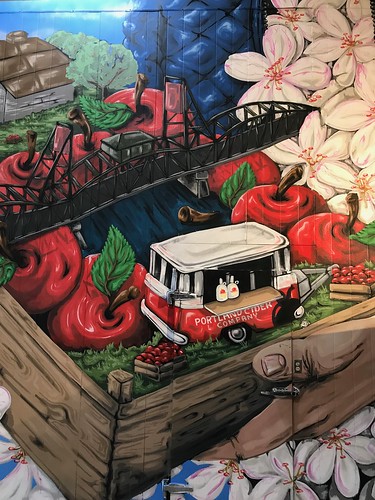 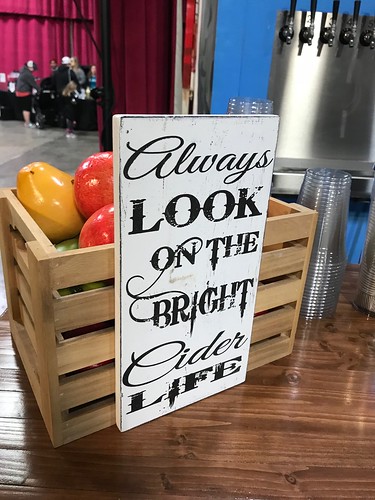 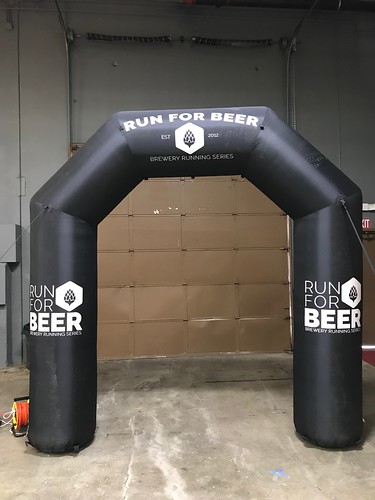 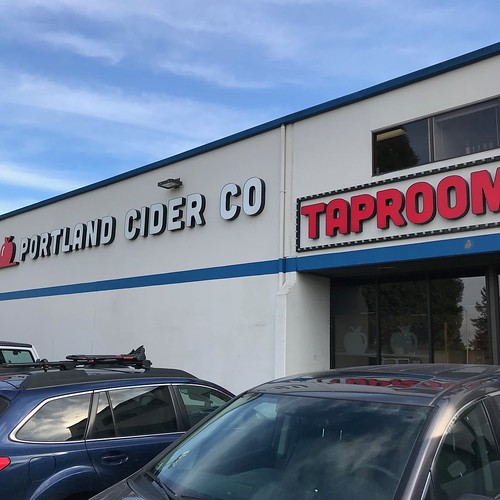 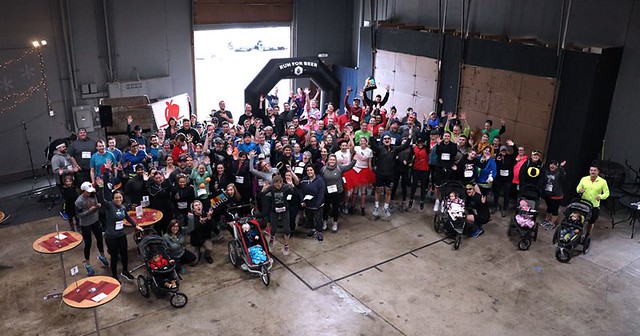