The World Marathon Challenge, starting on January 30, is a series of 7 marathons on 7 continents over 7 days. It’s a huge challenge and not for the faint of heart. One local runner has made it a personal goal to finish all 7 marathons while raising funds for the International Dyslexia Association. 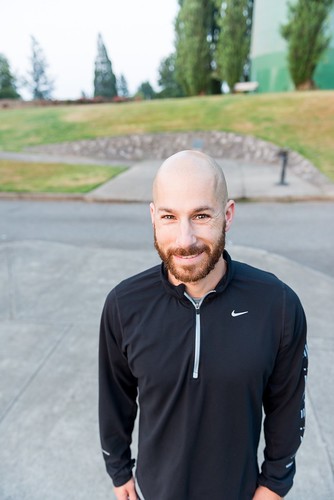 Jared Blank graduated from Lincoln High School and went to USC, where he earned a degree in communications, then a master’s in communications management. He next earned a MBA from Seattle Pacific University while working at the University of Washington. And all after being diagnosed as dyslexic at age 5. Blank’s parents were not only extremely supportive, they were tireless in their efforts to get him support and to educate others – including individuals at the school district – about how to best help dyslexic students succeed in the classroom. Read more about Jared Blank’s journey in this excellent article from Oregon Jewish Life.

You might not see an obvious connection between dyslexia and running, but for Blank, it was a way to “deal with the frustrations of school and life.” But now, says Blank, “I run because I love it.”

Blank, who has run countless miles, heard about the World Marathon Challenge in 2015 and knew that it was a race he needed to run. He also saw it as an opportunity to raise funds for dyslexic students that may not have the support network and resources he had growing up. And as for many of us, Blank sees running as “a factor in my life where I can relate to the world.” It is also, he says, “an amazing incentive to run on every continent within a week.”

The first marathon is in Antarctica, on January 30, then the runners will head to South Africa and run a marathon in Cape Town on January 31st. The same day, they’ll fly to Perth, Australia, and run the marathon there on February 1. You’ve probably worked out now that each marathon day also includes a long flight … and from Perth, they’ll fly to Dubai for the February 2 marathon. The flight on that day is to Lisbon (Portugual), for their marathon on February 3. The next flight is a doozy: from Lisbon to Cartagena (Colombia). On February 4, they’ll run the marathon in Cartagena, then fly to Miami for the 7th and final marathon on February 5.

To prepare for this challenge, Blank has run countless miles, including 8 marathons and 1 ultra. His fastest finish, 3:02:14, allowed him to run the Boston Marathon, which was the race with the most meaning for him because it required so much work to get there. The experience also gave him a deeper understanding of the running community. “I have a close friend who is from there, and it really helped me understand the meaning behind Boston Strong and the impact the bombings had on that city as well as the running community.

Three of his marathons were completed in one week as part of his World Marathon Challenge training, and in fall 2017 he completed the Grand Slam at the Runner’s World Half and Festival in Pennsylvania. In addition, Blank runs a lot of miles in an average week (around 60), plus doing yoga, spin, and swimming. Locally, he trains with Wy’East Wolves, Evolve Performance, and Flex & Flow Yoga. He recently stepped down from his job with USC’s football program to train, and currently works as a speaker in addition to being an endurance athlete.

We’ll be keeping an eye on Blank and the other athletes competing in the World Marathon Challenge, starting in just a few weeks. You can support his efforts, and learn more about the International Dyslexia Association (and make a donation) here. He has a team traveling with him and helping with photography, video, and social media, so we should be able to see regular updates from around the world! 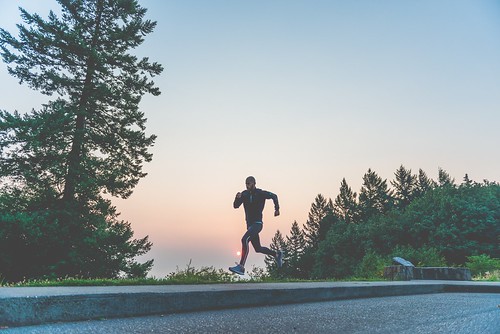