Two years ago fellow Run Oregon blogger Teresa wrote about an inspirational runner from Eugene who was a huge fanatic of long-distance trail races and just about anything that tested his endurance. While training for a 35 mile race in Montana, he started experiencing pain below his rib cage. Thinking it was from pushing his body so hard, he ignored it until it became so intense he couldn’t keep up with his training.

Johnny finally decided it was time to see a doctor, and the news was not good; he was diagnosed with stage 4 colon cancer.  Even with the grim news, the father of five (with one on the way) did not let his diagnosis prevent him from doing one the things he loved most: running.

Johnny was an avid fitness buff, who played football, basketball and ran track while in high school and continued to play football in college on scholarships. After graduating from Western Oregon University with degrees in Anthropology and Psychology, Johnny pursued a career as an Adult Foster Provider for adults with special needs. When he wasn’t working, Johnny continued to pursue his other passion-fitness.

As a member of ReNA Fitness in Eugene, Johnny made friends instantly with the owner Jon Joseph. Jon smiles as he remembers Johnny coming into the studio for a workout, always with a goal in mind. “When he crushed his goal, he would race his arm in a fist, as a signal of accomplishment and triumph.” In a video on his website, Jon recalls his first time meeting Johnny; “Johnny came into my studio on day (his first visit), and he bowed when he saw me.” Jon goes on to say that in his decades as a fitness instructor, that was the first time he had anyone bow to him when entering his gym (for those who aren’t in the know, bowing when meeting your instructor is a sign of respect). Respect was something Johnny gave and earned from all who knew him. Johnny continued to train as hard as he always did, not letting his diagnosis slow him down. Because of his strong will and desire to keep up his fitness regimen, he outlived every doctor’s opinion. 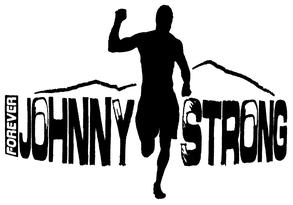 Unfortunately, Johnny passed away on December 8th, 2016 two and a half years after his diagnosis. In celebration of his memory and to honor all of those he touched, Johnny’s friends and family have organized the Johnny Harr Celebration Run to share Johnny’s love of running with the community. Proceeds of the race will benefit Johnny’s wife and five children. If you are unable to race, but would like to contribute to his memory, consider making a donation at any Selco Credit Union. For more information on Johnny Harr and the race, you can visit the Eclectic Edge website  and the ReNA Fitness website. Additionally, you can visit the website below under “Registration Info” to purchase a shirt without racing or to make a donation to Johnny Harr’s family.

Race Day Info: The race will be held at beautiful and scenic Alton Baker Park along the Willamette in Eugene, directly across from the University of Oregon. All distances will start at 1:00 pm with an awards ceremony to follow.

Recap: Run with Paula’s 2015 Bridge of the Goddess Half Marathon and 10k