Make a Day of It: The Magical Music of Disney 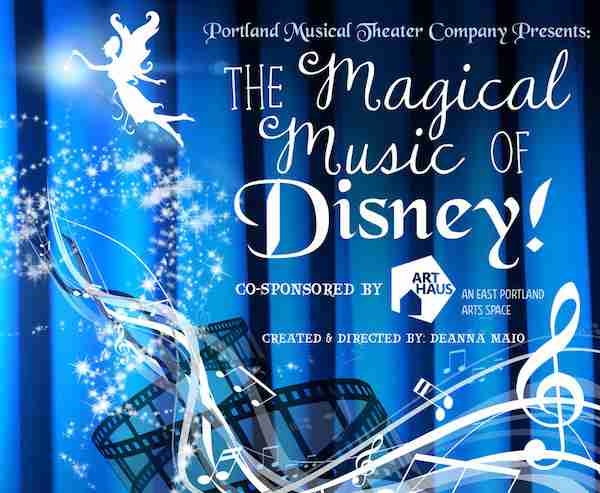 The next installment of this series is The Magical Music Of Disney at Chapel Theater at Arthaus Milepost 5!

The Chapel Theater at Arthaus Milepost 5 is located just off of 82nd Avenue (8155 NE Oregon St, Portland) – across the street from Montavilla Community Park. This location isn’t necessarily a true running area, but you could put in a few miles by snaking around the park and the adjacent Multnomah University. The Springwater Trail is just about 4.5 miles due south on 82nd Avenue, but I’d probably recommend the easiest option – heading a bit west (only about 1.5 miles) to Mt. Tabor Park and their myriad of trails. Come ready for some hills, and some amazing views, if you manage to get tickets to the weekend matinée show.

As a running father,  I view Disney and their Run Disney series as bucket list races – especially now as my oldest daughter ages and starts getting into running. But as a father of three young girls, Disney is life. From the amusement parks to the movies, they love the magic that it can bring – not to mention the movies. We play a game from time to time in the car where I will pull up a Disney playlist on Spotify and they will race to say what movie the soundtrack comes from. They are ridiculously good at it. Thus, the Magical Music Of Disney, which is playing this month, is right up our alley.

The show, which is put on by the non-profit Portland Musical Theater Company, is more of a concert than a play. The event clocks in around 90 minutes and features a variety of talented performers singing over 65 (yes, 65!) Disney songs! The PMTC is actually a really brand new venture in the Portland area – this is their first season of shows and the The Magical Music Of Disney is their inaugural run of performances!

While I am taking my kids (and there are sure to be many young ones in costume), it isn’t a kid’s show. The first few weeks of the event have showcased that it isn’t solely for the kids. This would be an awesome nighttime bonding session with your local running group or running buddies. Just imagine – afternoon run at Mt. Tabor, followed by Disney songs, and ending with a brew or two at nearby Laurelwood or Montavilla Brew Works? Awesome.

Make a Day of It: Ella Enchanted at Oregon Children’s Theatre