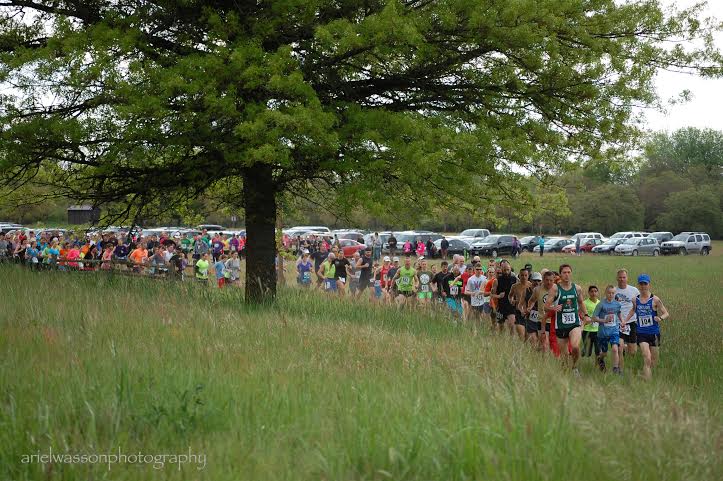 I always dread writing this preview. It's definitely NOT because I don't want to - it's because it always means the end. The Willamette Mission Trail Challenge is the last race of Run Wild Adventures' racing season, which begins with the Detroit Lake Mud Run, followed up by the Silver Falls race weekend, then a few great trail races and winding up with this one. It's almost an emotional feeling to think there will be no RWA event until October. With this upcoming event, I will have been lucky enough to participate in 5 of the 7 events this past season:

If I’m not mistaken, this event is the oldest in RWA’s race repertoire, with the 2016 event being the 7th running. And really, it is always a great trail course. There is nothing too technical on the trails – minimal hills and really solid terrain the entire time. The courses are straightforward – the 5k a loop and the 10k incorporating another loop around the sustainable farm development within the park. The course is ran primarily on dirt trails (which vary in muddiness depending on the weather), but there are some shorter stretches with uneven grass, dirt, and a brief section of rocks.

My recap from last year highlighted:

While pre-2012 runs were extremely muddy, my participation in 2013 and this year provided a dry and sure-footed atmosphere, with only a few sections of mud along the way. The newly mowed and trimmed trails greeted runners of both distances as we circled the park. The first 3/4 mile is pretty slow, aside for the top handful of elite runners, as the trail is thin with only a few areas for passing. However, it is actually kind of nice, as the surrounding atmosphere is peaceful and meant to be taken in.

As the trail widened, we hit a large open field near the small Goose Lake, and followed along a dusty dirt trail bordering the park boundary before we disappeared back under the covered tree canopy. What may have been a river crossing, if conditions were different, was nothing more than a brief rocky path. The final few miles to the finish were the most “rolling” of the race but still pretty minor.

That really doesn’t do the race its full justice, so you should check it out yourself. However, if you aren’t able to make it out (and you really should), keep you eyes on the registration opening for the Detroit Lake Mud Run coming up soon!