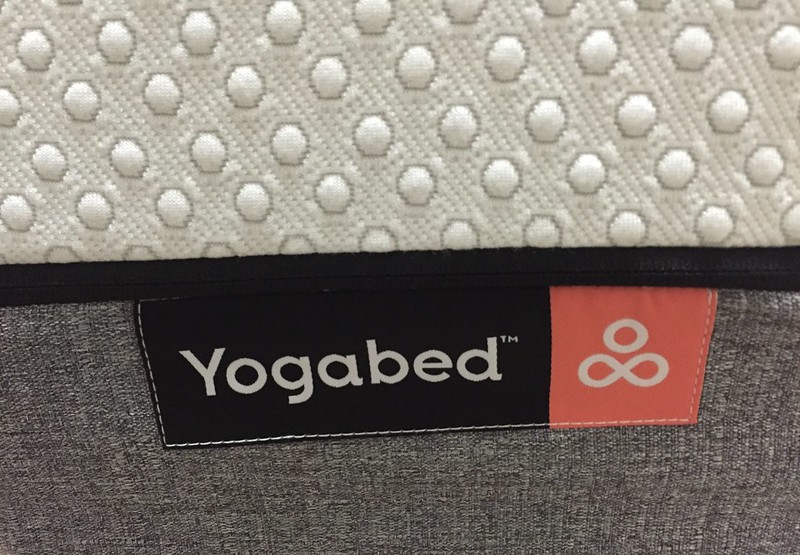 You’ve probably heard the sentiment in hundreds of advertistments over the year – “you spend 1/3 of your life in bed, so shouldn’t you invest in something where you spend the most of your time?“. At one point I thought that was a silly statement – until we invested in standard and upgraded bed a few years back.

There are so many articles and posts out there about runners needing good sleep to optimize their performance – and just generally feel better all the way around.

Runner’s World has an old article that said this:

It’s during the third and fourth stages of a typical sleep cycle when a body heals itself. That’s when the human growth hormone (HGH) is released from the pituitary gland. Although it’s gotten notoriety as a performance-enhancing drug, in its natural form it plays a key role in building and repairing muscle tissue and bones, as well as acting as a catalyst for the body to use fat as fuel. Without the right amount of HGH in the blood, recovery from workouts is hindered, prolonging the time it takes the body to build a strong aerobic engine.

But what if you’re not getting to those stages appropriately? Obviously, your performance will suffer. There could be a variety of factors that contribute to lack of sleep (late night runs or diet, for example), but a lack of a good and comfortable bed is also something that could be holding you back as well.

I stumbled upon Yogabed randomly, intrigued by their seemingly unique combination of two things runners need more of in their lives – yoga and sleep.

Yogabed is actually a hybrid foam mattress, made up of a custom foam and three gel layers.

With a name like “Yogabed”, you may think of a comparison to a yoga mat – thin and barely separating you from the floor. While that is not the case, it does provide a stable and durable structure to assist with even weight dispersion and reduce restless nights by reducing pressure points. This is definitely not a fluffy, feathery mattress (and I will admit that my kids were disappointed in the lack of bounce it provided), so if that is where your comfort “lies”, I would look elsewhere or take part in their 101-night comfort guarantee (if you don’t like it, they’ll pick it up at no charge). If you decide to stick with it, you will feel comfortable knowing that it comes with a 10-year warranty. 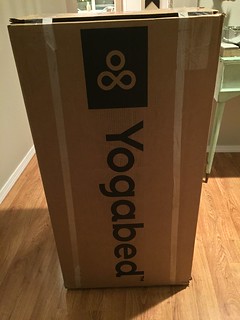 I received the bed at the optimum time actually, as my wife became ill just a day prior to this being delivered. Her continual coughing banished me to another room – and onto the recently unwrapped Yogabed. That was followed up with me coming down with her crud and as a result, I received 8+ nights of uninterrupted alone time – just me and YB (as I now affectionately call it).

Speaking of unwrapping, this mattress is truly packaged like a champ. When the 107 pound box was dropped off, I was perplexed – how the heck was a mattress in a box that small?! I mean it could essentially fit in the trunk of my tiny car. I was expecting needing my brother-in-law or someone else to assist with moving it, but the small size meant that I could mostly lug it myself. It made the typical difficulty in getting it upstairs and maneuvering around corners obsolete. Apartment or small-house owner should rejoice with this!

The decompression was super quick, though I’d probably recommend letting it have an hour or two to settle in before YOU settle in. I found that the first couple of nights, it had a bit of a new mattress smell to it (there are posts about the scent of new memory foam strewn across the internet). It wasn’t unbearable by any means, but also was not exactly roses and chocolate. It dissipated within a week, so if you have sensitive smell issues (as my wife generally does when she’s not sick), you may want to let it air out for a bit. 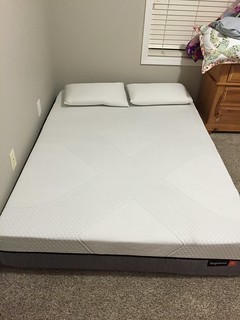 So is it comfortable? For me, that answer is a resounding yes. I have had historical back pain – which is part of the reason we upgraded our mattress a few years ago – and have needed more support than the springy or “cloud-like” mattresses out there. This is almost an ideal meshing of firm, yet soft. I may not be able to sleep comfortably on those puffy mattresses, but I also don’t want to be sleeping on a rigid plank either. The Yogabed is a nice little marriage between the two. I also really appreciated the Thermacool fabric cover. It was a cinch to zip it off and wash, but more importantly – it was easy to get back on.

I also found that my temperature felt surprisingly regulated. I continually wake up during the night as a result of being too hot or too cold – and then needing to adjust my body or my blankets to fall back asleep. Not so in the Yogabed – made ever more evident while being sick. This is not an overexaggeration, but I probably got my best EVER sleep while being sick on this mattress. Even though I felt terrible, my body never felt like it was going to burn up. I can probably attribute this to the foam base, as they state that, “our naturally cool and responsive foam construction ensures 95% better air flow and three times better heat and moisture wicking than traditional memory foam.” Whatever the science is behind it, I approve. 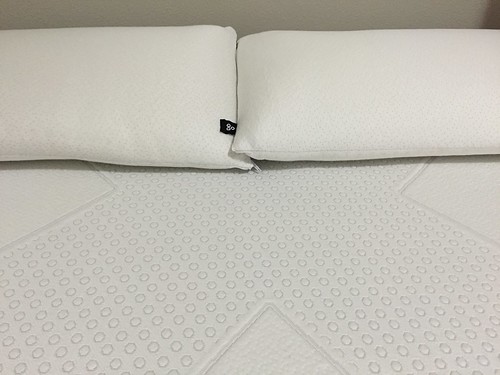 In addition to the mattress, the Yogabed came with two pillows (1 for smaller bed sizes). They were almost memory foam-esque, something I have always wanted to try given my affinity for flat pillows. They are almost a little too flat, so beware if you prefer something thicker. There is a phrase, popularized by late-ESPN personality Stuart Scott – “cooler than the other side of the pillow” a reference to sleepers needing to turn their pillows over when the side they are laying on gets too warm. This is not the case with the Yogabed pillows, as they are made with the same heat-dissipating creation, allowing them to stay at a comfortable temperature.

OK – so what about the price?

Considering everything, I feel that the Yogbed is extremely affordable. After initially reading about it, I anticipated being blown away by sticker shock. That was absolutely not true. All sizes are under $1000 – from kings around $950, all the way down to twins at $550. Extra pillows can be purchased for $99, though all purchases come with two (twins with one), and sheets run between $79-$119. Shipping is free and, as I mentioned above, there are free returns available up to 101 nights. You can also save  $50 OFF ANY MATTRESS Use Code “SAVE50“.

Thank you to Yogabed for providing a sample and allowing us to review it.