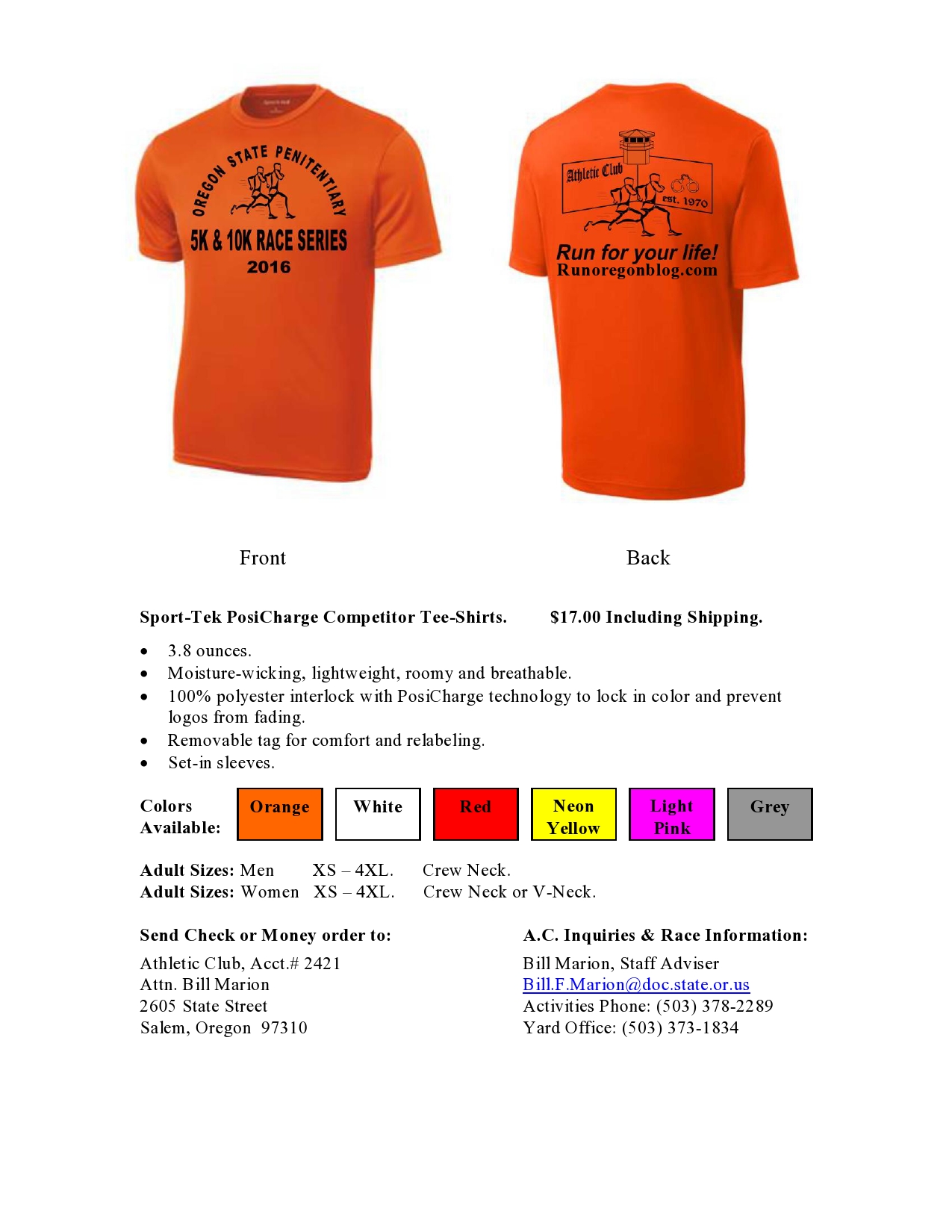 We have written about the Oregon State Penitentiary Runs for a few years now. Both Teresa and myself have competed in these free (and pre-screened) runs, all of which take place inside the walls of the prison. I distinctively remember being one of only four outsiders during my 2014 event, in which I said this:

After my post went live, we received this email from the inmate race director stating:

Just a follow-up to let you know how much we appreciate your help promoting our running program. I took a look at the blog comments yesterday and was pleased to see so many posts. On June 14th we held our biggest event yet with over eighty participants including 12 guests. We have another 20 guests scheduled for July 18th. OPB radio came in for the last race and did a piece on running in prison. The piece was picked up by NPR and broadcast nationally. As a result, I have received applications from Los Angeles to New York. It all started with a complimentary post on “Run Oregon Blog”.

Our story was then picked up by Runner’s World, and they completed their own article in 2015. It has really been amazing to see the transformation occur over the past few years, and to feel that we had some tiny hand in it. But most of the credit goes to the Athletic Club at OSP and how unique this event is and how well-run a prison-based run can be. We heard from the president of the OSP Athletic Club, with some updates for 2016.

As the exposure has increased, so has the desire for attendance. While this is great, it means that the majority of the 2016 events are already nearing capacity. They recommend calling (503-378-2289) or emailing the Activities Department at the prison re: availability. And since there is obviously no day of race (or even short-term) registration possible, please plan accordingly. As a back-up plan, you may want to start inquiring about 2017, or at the least, consider purchasing their new race shirts – a first for the club!

The events are all put on with funds through the OSP Athletic Club, and they really do mimic a normal race. There is a timing clock and event bibs, water stations, and post-race snacks such as fruit and Gatorade. The money raised from the shirts will be utilized to assist with offsetting those costs. The image above has information for ordering, as well as the ability to choose your color – pretty sweet!

I STRONGLY encourage you to attempt to get into one of these races in your life. I think they have the ability to change people – and not just those inside the walls.

4 Comments on Updates to the Oregon State Penitentary Runs: Near capacity, but shirts now available!