Race Preview: A New January Half at the 30th Annual ORRC Y2K Runs 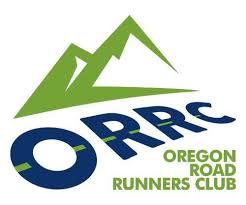 ORRC is starting 2015 off with a bang and featuring, for the first time, a half marathon at their 30th Annual Y2K Runs on Saturday, January 10. For years, the race had been playing on the distance theme (i.e. 2014 was 20.14k). It started out as 8.6 miles in 1986 and it was the ORRC First Run, shortly thereafter renamed the “Annual Run”.  In 1999 it was 9.9 miles and then it became the “Y2K Run” in 2000 as the course was re-measured in Kilometers:  a 10k and 20k distance.  This year they are moving over to a more traditional half marathon – the first of its kind for the long standing ORRC January tradition – along with the popular 10k option.

Both events will start and finish between the Tom McCall East and Tom McCall West school buildings in Forest Grove. My brother actually went to school and now works out there, so I have been to this area numerous times. The city itself is definitely small-medium town (think Newburg or McMinnville), but is a quick jaunt from the Hillsboro/Beaverton/Portland metro centers. It is surrounded by farmland – a miniture city oasis amongst the fertile green fields. It’s obvious to see why this race will be a great combo of city and rural running.

The half marathon course is a mix of city streets and country roads and also a and combination of a loop and out-and-back. The first few miles will be mostly city, but quickly hit the quiet rolling countryside by around mile 3. I have not been as far west as the course shows, but anticipate it being beautiful (likely coupled with early morning winter fog), quiet, and chilly. The 10k runners will skip the out and back, and complete one 6+ mile loop.

Following the race, there will be a pancake breakfast. And the great thing about the school-based start area is HEAT both pre-and post-race! What a great way to kick off the 2015 running season! For those of us who love half marathons, this new one looks to truly be one to get on the list.

Register for the series here.